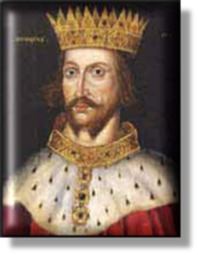 xxxxxHenry was a tough and resourceful man with enormous energy and a will of iron. The son of Geoffrey of Anjou, he inherited Normandy as well as Anjou when he came to the throne in 1154. In addition, by his marriage to Eleanor of Aquitaine, and by a combination of conquest and diplomacy, he eventually acquired a string of possessions - including Poitou, Guienne and Gascony - which stretched across the whole of western France from the Pyrenees to the coast of Normandy. He possessed more land than the King of France himself! Overseeing what must be regarded as the largest European "empire" ever held by a king of England (even if loosely in some instances), it is hardly surprising that he spent more than half his reign on the continent.

xxxxxBut when he was in England he lost no time in consolidating the power of the Crown. He negotiated under threat the return from Scotland of the border lands of Northumberland, Cumberland and Westmorland, and later exacted homage from the leaders of both Scotland and Wales. In Ireland, however, he was obliged to resort to the use of force. With the approval of the Pope, Adrian IV, he sent the Earl of Pembroke on an exploratory expedition and then followed himself, landing at Waterford in 1171. There was little real resistance, and by 1176 the majority of Irish chieftains had pledged their loyalty to the English king. But the invasion and conquest of Ireland, like those that were to follow, proved a hollow victory. By the end of the reign only Dublin and the surrounding area could be regarded as loyal to the Crown.

xxxxxAt home, he ruthlessly restored law and order and effectively curbed the power of the barons, thanks in great part to the work of his industrious chancellor Thomas Becket. In particular, his overhaul of the judicial system whereby greater powers were given to the king's courts introduced the concept of a common law throughout the land. A jury of twelve "lawful" men, introduced in 1166 in the Assize of Clarendon, gradually came to replace God's judgement based on trial by ordeal or battle. Such innovations testified both to his forward thinking and administrative ability and, it must be said, to those of his well-chosen ministers, not least among whom was Ranulf de Glanville, his chief minister. 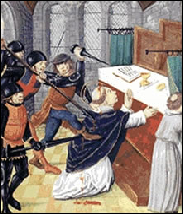 xxxxxHowever, he did not succeed in carrying through all the legal reforms he had in mind. In trying to reduce the exceptional privileges of the clergy and, in particular, the independence of their courts - notably by the Clarendon Constitutions - he began a violent quarrel with his close friend Becket whom, ironically, he had purposefully made Archbishop of Canterbury so as to gain more power over the clergy. The murder of Becket on the altar steps of Canterbury Cathedral (illustrated) is a landmark in English history. Whether his angry outburst - he was well known for his vile temper - was meant to be taken seriously or not ("Will no one rid me of this turbulent priest?" - or words to that effect), the murder put an abrupt end to any hopes of making the clergy more answerable to civil law. It also brought him into conflict with the papacy and dented his image abroad.

xxxxxIn addition, throughout his reign he had constant trouble with his rebellious sons, often aided and abetted by their mother. Whilst he did divide his dominions amongst some of his sons, it was a division in name only. Henry kept power in his own hands. And the fact that the youngest son John never received a fair share of the cake - he was dubbed John "Lackland" - led to violent disputes between the sons themselves as well as attempts by them to overthrow their father. At one time two of his sons, Henry and Richard, took up arms against him and, towards the end of his reign, when France declared war against England, Richard and John joined forces with the French. Betrayed and deserted by his family, he was obliged to accept a humiliating defeat. In July 1189 he died while staying near Tours, a broken, unhappy man, and Richard, the eldest surviving son, succeeded him to the throne.

xxxxxIncidentally, HenryxII was the first of the Plantagenet kings - there were eight in all - a name derived from the fact that, so we are told, his father, Geoffrey of Anjou, used to wear in his hat a sprig of broom (planta genista in Latin). 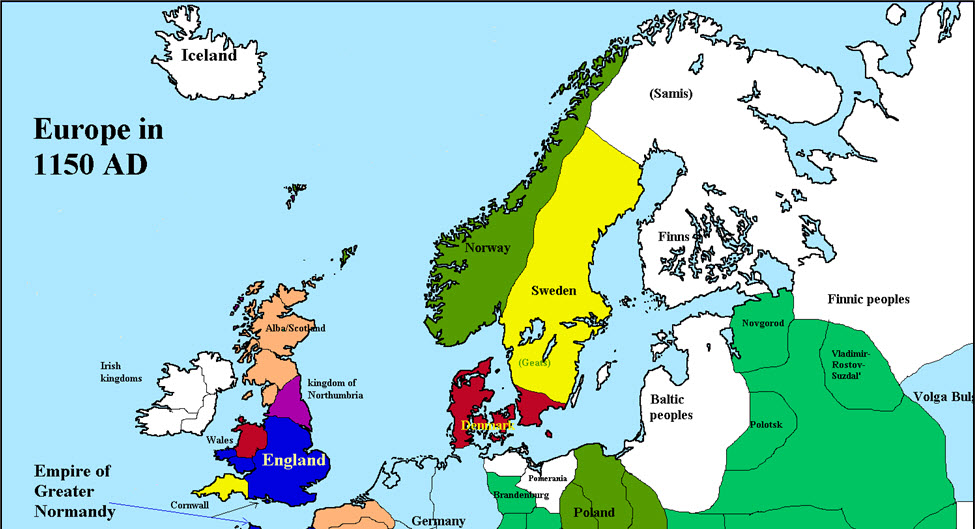 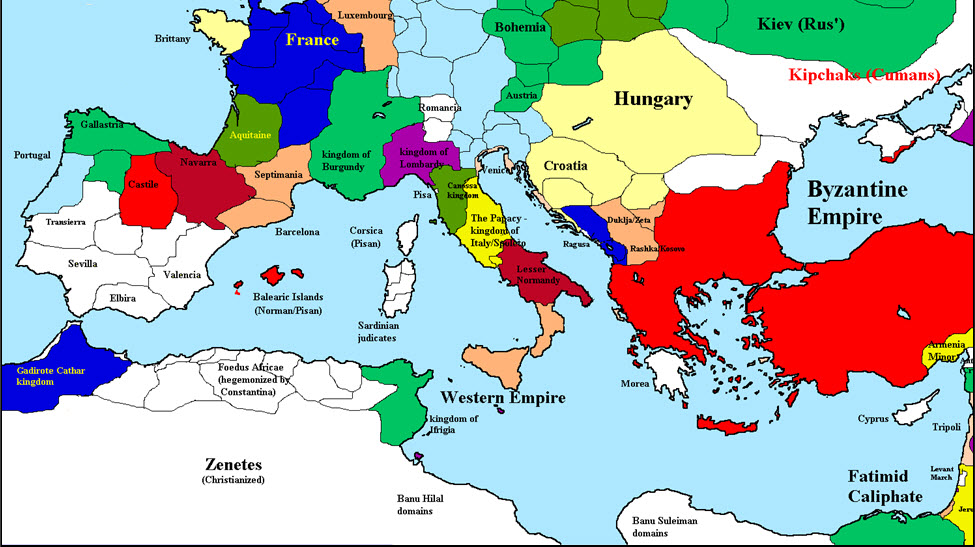