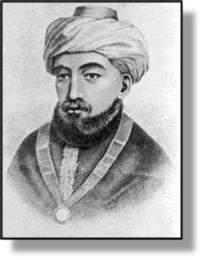 xxxxxMoses Ben Maimon was born at Cordoba in Spain. As the member of a distinguished Jewish family, he showed remarkable talent at an early age. His first major work, The Torah Reviewed, begun at the age of 23, was a commentary on Jewish law, and included an essay entitled The Thirteen Articles of Faith, a brilliant summary of the basic beliefs of Judaism. This work, together with his Guide to the Perplexed - a study of religious philosophy begun in 1176 – made a major contribution to the history of religious thought and gave him a place among the greatest of Hebrew scholars. Among other writings, two treatises on Jewish law deserve special mention, his Book of Precepts and his Laws of Jerusalem. 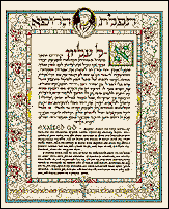 xxxxxIn 1159, fearing persecution from the Almohads, the fanatical Islamic sect then ruling in Cordoba, the Maimon family left Spain and, after short stays in Morocco and Palestine, settled in Egypt, near to Cairo. With the death of his father, the family fell on hard times and Maimonides needed to earn money. Having studied medicine as a student, he began work as a physician and soon built up a thriving practice, Such was his fame, that for many years he lectured at the state hospital and served as personal physician to the Sultan of the day, the famous military leader Saladin. He wrote a number of books on medicine, including a work outlining the rules that needed to be followed in order to maintain good health.

xxxxxMaimonides died in 1204 and was buried in Tiberius in the Holy Land. Regarded as one of the greatest of Jewish philosophers, his ideas clearly influenced later writers, whilst his writings on medicine made an important contribution to the study of medical science. 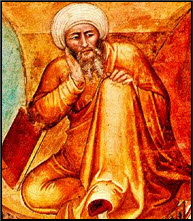 xxxxxAnd well worthy of mention here is the great 12th century Moorish philosopher Averroës, (known also as Ibn Rusd), who was born in Cordoba, Spain, in 1126 and died in Morocco in 1198. He was one of the most brilliant thinkers of his age and his writings had a profound influence upon the works of Thomas Aquinas (1264 H3). Like the Italian philosopher, but a hundred years before him, he used the ideas of Aristotle to argue that reason could play a useful part, in fact, in confirming religious belief - in his case the faith of Islam. His extensive commentaries on Aristotle’s works, written over thirty years, were produced in three versions (Minor, Middle and Major) to cater for different levels of understanding. But, like Maimonides, his writings were not confined to philosophy. He wrote works on a large number of subjects, including Islamic law, Arabic music and the sciences of psychology, medicine and astronomy, 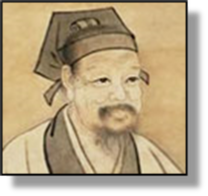 and these became widely read and debated in universities throughout Europe. Such was his contribution to learning that his portrait appears in Raphael’s famous painting of 1510, The School of Athens.

xxxxxIncidentally, it was also during this century, around 1180, that the Chinese philosopher Zhu Xi (or Chu Hsi) (1130-1200) compiled the Confucian Canon. Contained in his Four Books, it became the official curriculum for the civil service examinations until 1908!

xxxxxThe great Hebrew scholar Moses Ben Maimon is best remembered for two major works, the Torah Reviewed, a brilliant commentary on Jewish law which includes the Thirteen Articles of Faith, and his Guide to the Perplexed, begun in 1176, which made an important contribution to the history of religious thought. Later, fearing persecution from the Almohads, his family fled from Spain and settled in Egypt. Here he took up work as a physician and wrote a number of influential books on medicine. He was eventually appointed personal physician to the famous military leader Saladin.