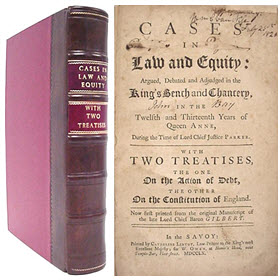 xxxxxGlanville was chief minister of England from 1180 to 1189 and such was the extent of the reforms he introduced that his period of office is known in English legal history as the Age of Glanville. It is generally accepted that he was the author of the Treatise on the Laws and Customs of the King of England, though other writers have been suggested. This learned work, the first major treatise on English common law, did much to extend the role of the common law at the expense of local and canon or Church law.

xxxxxLittle is recorded of his early life, but it is known that he accompanied Richard I, the son and successor of Henry II, on the Third Crusade and that he died at Acre in Palestine in 1190.