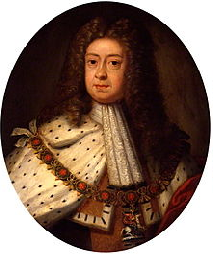 xxxxxAs we have seen, towards the end of Queen Anne’s reign, a number of senior Tories, led by Viscount Bolingbroke, were laying plans for the restoration of the Roman Catholic Jacobites. Her sudden death in August 1714, however, put pay to their schemes. The Act of Settlement of 1701 was quickly put into effect, and this ensured that her Protestant cousin George, the Elector of Hanover (and great-grandson of James I), succeeded her as king of Great Britain and Ireland.

xxxxxIn these circumstances, it is hardly surprising that when coming to the throne George I should attach himself firmly to the Whigs, the party to whom he owed his succession. But in fact it was more than an attachment to the Whigs, it was a reliance upon them. He spoke no English and spent the vast amount of his time in his homeland, Germany. He was interested in foreign affairs, but mainly in respect of his Hanovarian possessions. For the most part, therefore, government came to rest in the hands of a small group of ministers, dominated by James Stanhope, Charles Townshend and Robert Walpole. This “cabinet” virtually ran the country and, in the absence of the king as the “chairman”, the chief minister became the “prime minister”, though the term did not actually become official until 1905. His succession, then, gave a further boost towards parliamentary government in his newly acquired kingdom. 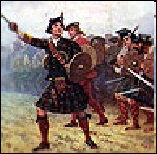 xxxxBut as a Protestant as well as a foreigner, his succession also gave a boost to Jacobite hopes. There was still a substantial number of Jacobite supporters within the British Isles, be they Roman Catholics, fervent followers of the Stuarts, or both. It is little wonder, therefore, that a year after he became king there was a rebellion aimed at restoring a Stuart to the throne, namely “James III”, son of the exiled James II. In the event, the rebellion, known as The Fifteen, came to nothing, due mainly to bad planning and lack of leadership. The Jacobites had been soundly defeated and dispersed long before the Old Pretender arrived in Scotland to claim his throne. With no army to support him, he returned to exile in France early in 1716, while the leaders among his supporters were rounded up and executed.

xxxxxThe Fifteen was one of the two major events of the reign. The second was a serious stock market crash centred around the fortunes of the South Sea Company, trading with the Spanish colonies in South America. Holding out hopes of a speedy and handsome return, shares in this company were quickly over subscribed, and matters were made worse when they were linked with government bonds aimed at reducing the national debt. A frantic wave of speculation followed and in September 1720 the South Sea Bubble burst. Shares plummeted and thousands of investors were ruined. In addition, a parliamentary enquiry established that some ministers had taken bribes from the company, as had the

king’s mistress, the Duchess of Kendal.

xxxxxThis economic crisis led to the death of Stanhope, but it proved the making of Robert Walpole (illustrated). He took immediate measures to restore public confidence, saving the Whig party and earning the valuable support of the king. Then, two years later, he confirmed his position as chief minister when he uncovered a Tory conspiracy in support of another Jacobite invasion. The leader, Francis Atterbury, Bishop of Rochester, was sent into exile, and Walpole’s position was secure. Together with Townshend he kept the country at peace, supporting the Triple Alliance with the French and the Dutch (formed in 1717), and encouraging trade and commerce.

xxxxxIt must be said that George I was far from popular. Apart from his long absences and limited interest in British affairs, his two German mistresses lowered the tone of his court, and his treatment of his wife, whom he kept imprisoned on the grounds of infidelity, did not endear him to the general public. Nor was any love lost between him and his son George, who hated his father for the way he treated his mother, and delighted in associating with his father’s political opponents. It is said that at one time the king considered having his son kidnapped and whisked off to America to stop him inheriting the throne! Be that as it may, in 1727 he died of a stroke on yet another journey to Hanover, and his son did succeed him as George II.

xxxxxIncidentally, George, who married Sophia Dorothea of Celle in 1682, accused her of infidelity in 1694 and, having divorced her, kept her imprisoned in the castle of Ahlden, Lower Saxony, until her death 32 years later! His daughter, also named Sophia Dorothea, married Frederick William I of Prussia in 1706, and was the mother of Frederick the Great.