xxxxxFollowing the claim by the Italian physiologist Luigi Galvani that he had discovered an “electric fluid” inside animals, the Italian physicist Alessandro Volta began his own experiments. In 1800 he disputed Galvani’s findings, and produced the world’s first battery. Known as a “voltaic pile”, it consisted of a pile of silver and zinc discs separated by layers of cardboard moistened in salt water. Napoleon was so impressed with this invention - the first means of providing a continuous electric current - that he made Volta a count. Among other new instruments developed by Volta was the electrophorus, an early version of the electrostatic generator. In recognition of his services to the study of electricity, the volt, a unit of electromotive force, was named after him. 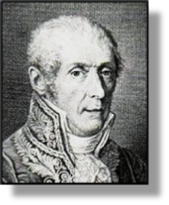 xxxxxThe volt, a unit of electromotive force, is named after the Italian physicist Alessandro Volta and fittingly so. Few men have made such important advances in the study of electricity. He it was who invented the electrophorus, an early version of the electrostatic generator, and, above all, the Voltaic pile in 1800, the first electric cell. He was born in Como, Lombardy. After attending the local public school, he became professor of physics at the city’s Royal School in 1774, and five years later was appointed professor at Pavia University.

xxxxxOne of his first inventions was that of the electrophorus, made in 1775. This was a device which, having been electrically charged, could be used to build up an ever increasing charge, or to transfer a charge to other objects. Then over the next two years he studied the marsh gas given off from Lake Maggiore, and discovered and isolated methane gas. This led him on to a series of experiments by

which he made the first valid measurement of the proportion of oxygen in air.

xxxxxIt was in the 1790s, after Luigi Galvani’s discovery of what he called “animal electricity” had been published, that Volta began his own experiments with the muscles of dead animals and various metals. He concluded, rightly, that the source of the electricity generated was not connected with animal tissue, as his friend Galvani had concluded after experiments with a dead frog, but with the contact of two dissimilar metals which had occurred during that experiment (“metallic electricity”). The moist tissue of the frog’s leg used in Galvani’s experiment had simply acted as a detector. On the strength of this discovery he went on to compose a list of metals according to their electricity production - determining, thereby, the electromotive series. 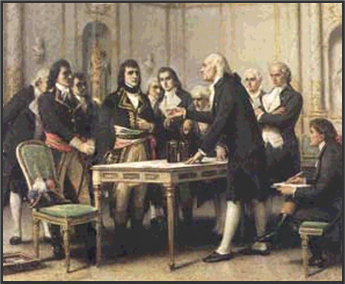 xxxxxThen, building on this knowledge, in 1800 he constructed a “voltaic pile” (illustrated above) made up of silver and zinc discs separated by layers of cardboard which had been saturated in salt water. In so doing, he had made the rudimentary forerunner of the electric battery, the means of providing a continuous electric current. In Paris the following year he demonstrated his invention to Napoleon (illustrated). He was so impressed that he made Volta a count, and appointed him a senator of the kingdom of Lombardy. This scientific break-through eventually put an end to the idea that electricity could be produced from an animal’s muscle and nerve tissue.

xxxxxIt was in 1786 that the Italian physiologist, Luigi Galvani (1737-98), experimenting with a dead frog, caused its leg to twitch. He concluded, correctly, that electricity had caused the contraction and, wrongly, that the charge came from the animal itself. In 1791 he published his findings in his paper called the Effect of Electricity on Muscular Motion. As we have seen, his friend and fellow countryman Volta, disproved his theory of “animal electricity” in 1800. Nevertheless, Galvani’s conclusions were partly right. His experiments did discover, in fact, the electrical nature of nervous impulse, and, given more sophisticated instruments, this opened the way towards the study of electrophysiology. 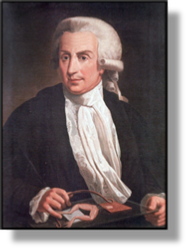 xxxxxThis idea of an “animal electric fluid”, secreted by the brain, was first advanced by the Italian physiologist Luigi Galvani (1737-98) in 1786. Various accounts exist as to how he made his “discovery”. One records that he was cutting a dead frog’s leg when his steel scalpel touched a brass hook that was holding down the leg. As a result, the leg suddenly twitched. He concluded from this, rightly, that electricity was causing this contraction, but then maintained, wrongly, that this charge came from the animal itself. In 1791 he published his findings and his conclusions in a paper called the Effect of Electricity on Muscular Motion, and this theory became generally accepted.

xxxxxAs we have seen, it was Volta who questioned Galvani’s assumption, and proved his point by inventing the electric cell. Nonetheless, it took some years before Volta’s ideas were fully accepted, during which time current electricity continued to be known as “Galvanic electricity”. Furthermore, Galvani’s findings were, in fact, partly right because he did discover the electrical nature of nervous impulse, thus opening the way towards the long-term study of electrophysiology. He himself did not arrive at this conclusion simply because science then lacked the technical means required to measure the minuscule currents generated in the nervous and muscular cells.

xxxxxGalvani was born and educated in Bologna, and it was here at the city’s university that he taught anatomy for over 20 years. In 1797, however, he resigned after refusing to swear allegiance to Napoleon as head of the new Cisalpine Republic.

xxxxxIncidentally, the term “Galvanization”, once meaning the administration of electric shocks, was derived from Galvani. It is no longer in use, but it has lingered on in the verb “to galvanise” - to stimulate or stir up, as in the expression “galvanised into action”. And his name also lives on in the galvanometer, an instrument which measures electrical current. 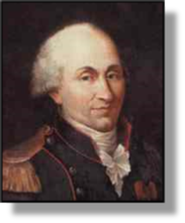 xxxxxAlso worthy of note at this time for his work in electromagnetism is the French physicist Charles Coulomb (1736-1806). On returning from the West Indies in 1772, where he worked for nine years as a military engineer, he retired to Blois in central France. There he carried out his own research, publishing a number of papers on electricity and magnetism, inventing a delicate torsion balance to 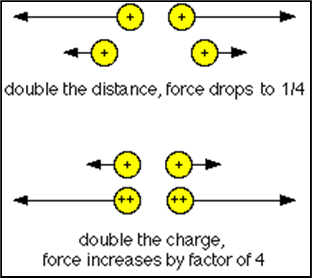 measure the force of electric and magnetic attraction, and, in 1787, putting forward the law which now bears his name. This states that the force between two electric charges is proportional to the product of the charges, and inversely proportional to the square of the distance between them. The coulomb, the unit of electrical charge, is named after him. This relates to the quantity of electricity transported in one second by a current of one ampere. Coulomb also made a valuable contribution to the development of structural engineering and analysed the causes of friction in working machinery, published in his Theory of Simple Machines in 1779.