LOUIS XVI ATTEMPTS TO ESCAPE - THE FLIGHT TO VARENNES 1791

xxxxxIt was in October 1789 that a Paris mob descended on Versailles and escorted Louis XVI and his family back to Paris. He was now obliged to accept the changes taking place, and in July 1790 he publicly approved the first draft of the new constitution. But politically, this virtually reduced him to a mere figurehead, and he could not accept the humiliation. In June 1791, egged on by his wife, the unpopular Marie Antoinette, the family attempted to leave the country, but they were recognised on the way and arrested at Varennes close to the border with the Austrian Netherlands. Amongst the general public he now lost any support he may have had. He was seen as an émigré, anxious to stamp out the people’s bid for greater freedom. A mass demonstration against him had to be put down by force - the so-called Massacre of the Champs-de- Mars in July. To prevent the possibility of outside intervention, Louis was reinstated and reaffirmed his loyalty to the revolutionary government, but it was too late. The following month, Leopold II of Austria (Marie Antoinette’s brother) met the King of Prussia and by the Declaration of Pillnitz threatened to intervene. Now both the moderates and the radicals, though deeply divided over the nature of any new government, came to the conclusion that war was the best means of uniting the country and pre-empting a strike by hostile European monarchies. In April 1792 war was declared on Austria and the Revolutionary Wars had begun.

xxxxxAs we have seen, in October 1789 a triumphant mob, mostly made up of women, marched on Versailles and escorted Louis XVI and his family back to Paris. Virtually held a prisoner in the Tuileries Palace, he was now obliged to go along with the feverish and often violent tide of reform which was gripping the country. On the 14th July 1790 at the Festival of the Champs de Mars in Paris - an elaborate ceremony attended by delegations from all parts of the nation - he publicly accepted the tricolour, the revolutionary flag, and approved the first draft of the country’s new constitution, hammered out over the past year by the National Constituent Assembly. For Louis, born absolute ruler of France, it was a humiliating climb down. 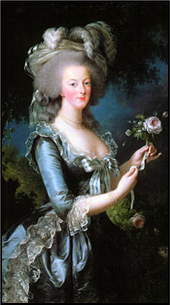 xxxxxBut if, in public, he went through the motions, in private he stubbornly opposed the new constitution, and was horrified at the frightening turn of events. Under the new form of government, his role as monarch was purely decorative. He had executive authority but under strict limitations. His veto power could only be used to suspend action, and the conduct of foreign affairs was virtually in the hands of the Assembly. He could not face such a prospect. Furthermore, the antagonism towards him and his family was clearly demonstrated at Eastertide in 1791, when he and his family set out to attend a service at St. Clouds and were turned back by an angry mob. This only added to his resolve. He decided to flee the country and seek aid from fellow monarchs. Thisxidea was supported, indeed planned, by his Austrian wife Marie Antoinette (illustrated), a frivolous, indiscreet woman who was already hated and mistrusted by the common people. 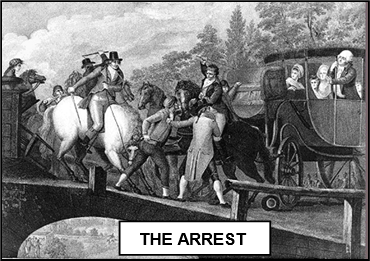 xxxxxThe plan of escape was well thought out. False passports were obtained, the route was chosen in advance, and post horses organised at different points along the way. During the night of the 20th June 1791, the royal party, heavily disguised, set out for the border with the Austrian Netherlands, but various delays occurred during the journey and the alarm was raised in Paris when they could not be found. Meanwhile, having reached Sante-Nenchould, they were recognised by the local postmaster, Jean-Baptiste Drouet. A horseman was despatched to the next stopping place at Varennes, and it was here that the “royal coach” was stopped, but a short distance from the border. The royal couple and their children were placed under arrest amid the jeers and boos of the townsfolk, and then, later, the fugitives were returned to Paris and locked up once more in the Tuileries Palace. (The story goes that within 24 hours of her arrest Marie Antoinette’s hair had turned completely white).

xxxxxFrom that juncture, it can be argued, the Monarchy was doomed. Rashly, before his attempt at escape, he had left behind a letter condemning the revolution, and the constitution he had earlier approved. He now lost the last vestige of the people’s trust, if, indeed, any remained. He was seen as an émigré, an ally of the European monarchs who even then were preparing to stamp out the French people’s bid for freedom. In July, the Cordeliers and the Jacobins, two particularly militant groups of revolutionaries, met outside the Assembly to demand the deposition of the king. This was followed by a mass demonstration, held in the Champs-de-Mars. Here, however, matters got out of hand, the meeting turned into a riot, and the National Guard, to restore order, opened fire on the mob, killing some 50 demonstrators. 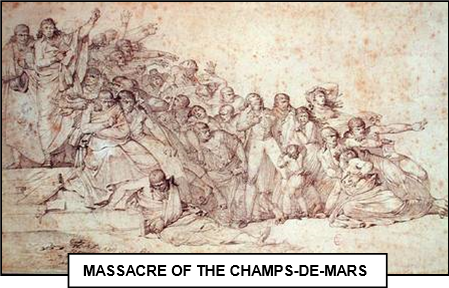 xxxxxThe so-called “Massacre of the Champs-de-Mars” served to widen as never before the growing split between the bourgeoisie of the Third Estate - who had the vote based on property ownership - and the poorer republicans who were disfranchised and socially deprived. For the time being, however, the monarchists made up the majority in the Assembly. They suspended Louis for just ten weeks, and then reinstated him with the tongue-in-cheek excuse that he had not attempted to escape but had, in fact, been kidnapped! Behind it all, of course, was their fear of the growing disorder. They were desperately anxious to quell the rising opposition towards the king and, above all, to prevent the possibility of foreign intervention. Thus on September 14th Louis took the oath in support of the revised constitution, and two weeks later the Constituent Assembly, having done its work, was dissolved. Its members hoped that it had provided the means for the peaceful working of a constitutional monarchy based on liberty, equality and fraternity. In fact, the unity of the Third Estate had been shattered, and this was to pave the way for a rule of tyrants and a series of bloody wars. 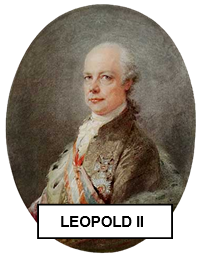 xxxxxThe Legislative Assembly that opened in the October was predominantly radical. The Feuillants did in fact favour a constitutional monarchy, but two larger parties, the Girondists and the Montagnards, were strongly in favour of some form of republic. They feared the growing strength of the émigres gathering along the Rhine, and the plans for intervention that the European monarchs might well be hatching up. Andxtheir fears were partly confirmed in August 1791 when Leopold II, the Archduke of Austria, (goaded it was suspected by his sister Marie Antoinette) met the King of Prussia and, by the Declaration of Pillnitz, delivered a thinly veiled threat against militant democracy. This gave rise to the fear that, among others, the monarchs of Russia, Sweden and Spain might be lurking in the wings. Given this development, the Girondists saw war as the only means of securing the revolution in France and spreading its message of freedom throughout Europe. And meanwhile, those in favour of a limited monarchy were also coming around to the idea of waging a war, if only in the hope that the revolutionary government would be defeated and the king could be restored as the recognised leader.

xxxxxThus by the end of 1791 power had slipped out of the hands of the moderates and was in the firm grasp of the extremists, and war was on the agenda. As we shall see, in April 1792 the Legislative Assembly declared war on Austria and opened a new phase in the history of the revolt - a ten-year series of conflicts which came to be known as the Revolutionary Wars. 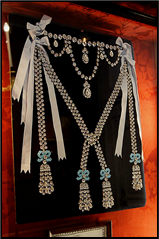 xxxxxIncidentally, the public mistrust and hatred of the frivolous Marie Antoinette had been heightened a few years earlier by the so-called Diamond Necklace Affair of 1786. She was seen to have participated in an involved plot within the royal court to obtain an elaborate and highly precious necklace for her own pleasure. As it turned out, she played no part in the scheme, but nonetheless the affair did much to discredit the monarchy in general and the Queen in particular. Among those who wrote about the event was the Scottish historian Thomas Carlyle in his Diamond Necklace of 1837, and the French novelist Alexandre Dumas, père, in his The Queen’s Necklace, published in 1848.