xxxxxThe British explorer Charles Sturt made two gruelling expeditions to explore the river system of S.E. Australia, starting in 1828. He discovered the Murray and the Darling, and followed the Murray down stream, reaching the south coast near Adelaide in 1830. These findings opened up extensive areas for future development across New South Wales and South Australia, and enabled the founding of an entirely new colony. A British army officer, he returned to England in 1832, and it was there that he wrote his Two Expeditions into the Interior of Southern Australia, 1828-31. He returned to Australia in 1834 and, as we shall see, it was during this second period of military service that in 1844 he led an expedition from Adelaide northwards, and in 1846 (Va) discovered that the heart of Australia was not a huge inland sea, but a vast, inhospitable desert. Meanwhile, during the reign of George IV, three British explorers, Hugh Clapperton, Walter Oudnay and Dixon Denham reached Lake Chad in North Africa in 1823; Fabian Gottlieb von Bellingshausen and James Weddell discovered Antarctica in the early 1820s; and in 1827 William Parry reached 82.45’N in his attempt to reach the North Pole.

xxxxxAs we have seen, the English navigator Matthew Flinders circumnavigated the island of Tasmania (then Van Diemen’s Land) with his fellow countryman George Bass in 1798. He then went on to sail around the entire continent of Australia, completing his journey in 1803, and charting the southern and eastern coasts en route. But if, by then, the coastline of Terra Australis was fairly well known, the interior of this vast new land was certainly not. The Great Dividing Range which ran down the east coast had seen to that. It was not until 1813, in fact, that the Australian explorer Gregory Blaxland managed to cross the Blue Mountains - part of the Dividing Range to the west of Sydney - and see something of the countryside beyond. Because of the abundance of water he encountered, he concluded that the interior was one large inland sea, and this idea was supported in 1818 by the next Australian who made his way over the mountains, John Oxley. He spoke of every hill having a spring and every valley a rivulet. 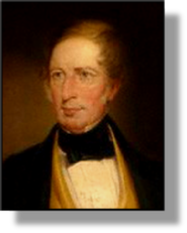 xxxxxIt was left to the British explorer Charles Sturt (illustrated) to prove them wrong, but not in the short term. At first, in the course of two gruelling expeditions, constantly delayed by illness and water shortages, he explored the river system of south-east Australia. He started in 1828 by exploring the area of the Macquarie River, but the following year, having returned to Wellington, he travelled down the Murrumbidgee River, eventually discovering the Murray and then the Darling, flowing into the Murray from the north. He completed his expedition by charting the Murray down stream, reaching the south coast at Encounter Bay, near Adelaide, in 1830. He named the Murray after the colonial secretary Sir George Murray, and the Darling after the governor of New South Wales, Sir Ralph Darling. And during his travels he crossed over the large lake or lagoon which lies 45 miles south-east of Adelaide and forms part of the mouth of the River Murray, naming it Princess Alexandrina, the then title of the future Queen Victoria.

Africa and the Antarctic

xxxxxAlthough Sturt was to make a further expedition of importance some years later, journeying into the centre of this huge continent, his discovery of the river system of south-east Australia and the vast region these rivers served must rank as his greatest achievement. It opened up extensive areas of land for future development across New South Wales and South Australia. Indeed, the reports of his findings provided the information required for the establishment of an entirely new colony.

xxxxxThough he is universally known as an explorer, Charles Sturt was, in fact, a regular serving officer in the British army. He was born in India and, after being educated in England, joined the army at the age of 18. After seeing service in Spain, Canada, France and Ireland, he was sent to Australia in 1827 as military secretary to the governor of South Wales, and it was then that he began his role as an explorer. However, the expeditions he embarked on the following year, though highly successful and useful in themselves, put a great strain on his health, and in 1832 he returned to England to recuperate. It was there that, over the next two years, he produced and published his Two Expeditions into the Interior of Southern Australia, 1828-31, a work which awakened interest in the possibility of a colonial settlement in that part of the continent.

xxxxxSturt returned to Australia in 1834, and it was during this second period of service, as we shall see, that in 1844 he led an expedition from Adelaide northwards into the interior of the continent and in 1846 (Va) proved without doubt that the heart of Australia was not a huge inland sea but a vast, inhospitable desert. And by this time others - as we shall see - like Edward John Eyre and Ludwig Leichhardt, were probing further into other regions of this vast land. More were to follow, but even by the 1880s there remained much to be discovered by the new European arrivals. 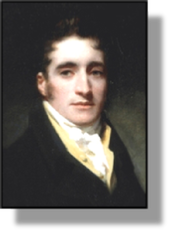 xxxxxButxexploration during the reign of George IV was by no means confined to Australia. In 1822, for example, three British explorers, Hugh Clapperton (1788-1827), a Scottish naval officer (illustrated), Walter Oudney (1790-1824), a Scottish doctor, and Dixon Denham (1786-1828), an English army officer, set out from Tripoli on a government expedition to the kingdom of Bornu in Central Africa. After a hazardous journey of eleven months during which all three contracted malaria, they crossed the Sahara and reached Bornu in February 1823, becoming the first Europeans to see Lake Chad. However, their travels around the lake proved that it was not the source of the River Niger, as had been suggested.

xxxxxClapperton and Oudney then continued to explore further west, but Oudney died of a fever on reaching Katagum in northern Nigeria. Clappertonxvisited a number of towns, including Kano and Sokoto, before returning home in 1825. Later that year, accompanied by his servant Richard Lander, he returned to Nigeria, but died near to Sokoto in 1827. It was the Englishman Richard Lander (1804-1834), together with his brother John (1807-1839), who, following in the footsteps of Mungo Park (1795 G3b), explored the Niger upstream, and then made a hazardous journey down the river by canoe, 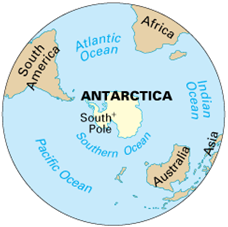 xxxxxMeanwhile, in a climate poles apart from central Africa, the Russian naval officer and explorer Fabian Gottlieb von Bellingshausen (1778-1852) made the first sightings of land within the Antarctic Circle in January 1821. Commanding the sloops Vostok and Mirny, he penetrated as far south as the sea which now bears his name, and discovered and named the two islands, Peter I and Alexander I.

xxxxxThexfirst recorded landing was made the following month by men from the American sealer Cecilia, under the command of Captain John Davis (b.1784). They stayed on land for about an hour. Andxtwo years later the British seal hunter and explorer James Weddell (1787-1834) discovered the sea that bears his name.

xxxxxLater, as we shall see (1831 W4), three major expeditions to the region took place in the late 1830s, one led by the English explorer James Clark Ross (known earlier for his discoveries in the Arctic), one by the French navigator Jules Dumont d’Urville (the man who negotiated the purchase of 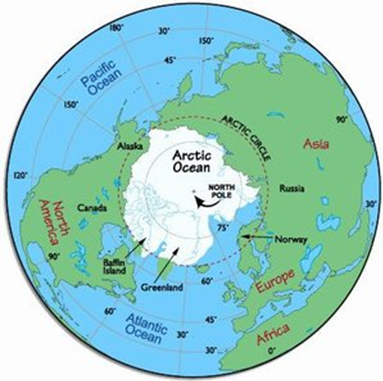 the Greek sculpture the Venus de Milo for the French government), and a third by the U.S. naval officer Charles Wilkes, who later gained fame in the “Trent Affair” at the beginning of the American Civil War. 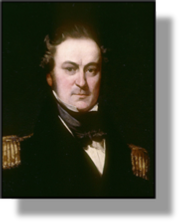 xxxxxInxthe Arctic, in the meantime, the English explorer William Parry (illustrated), travelling across the drift ice from Spitsbergen in 1827, reached 82.45’N, beating the record set by the English whaler and amateur scientist William Scoresby in 1806. He discovered the islands of Melville, Cornwallis and Bathurst. Then in 1829 the Scottish explorer John Ross led an expedition to discover the elusive Northwest Passage. Its members only just escaped with their lives, but, as we shall see, it was during that expedition, in 1831 (W4), that his nephew James Clark Ross, travelling by sledge, discovered the north magnetic pole.