xxxxxThe Italian author Gianfrancesco Straparola wrote one of the earliest collections of traditional folk tales, completing it in 1553. Called The Pleasant Nights, it included "Beauty and the Beast" and "Puss in Boots". Dramatists like Molière and Shakespeare, and story tellers like Giambattista Basile and the famous French writer Charles Perrault (1697 W3) used some of his material. 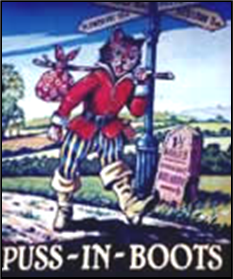 xxxxxBorn at Caravaggio in the duchy of Milan, Gianfrancesco Straparola was the author of one of the earliest collections of traditional fairy tales. Compiled under the title The Pleasant Nights (Piacevoli notti) and drawn from a variety of sources, these short prose stories, 75 in all, soon became well-known throughout Europe. Later, some of them provided source material for dramatists like Molière and Shakespeare, and many were adapted by other story tellers. Among the folktales which have endured are "Beauty and the Beast" and "Puss in Boots".

xxxxxIn writing these tales Straparola used a technique employed by the Italian poet Boccaccio in his Decameron, and by the English writer Chaucer in his famous Canterbury Tales. Like them, he provided a framework 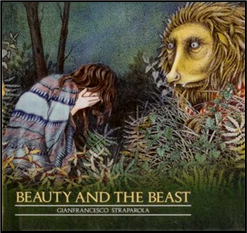 whereby a number of people, brought together for some reason or other, each has a story to tell. In Straparola's case, it is a group of youngsters relaxing in a quiet spot just outside Venice. Every night, each party member takes it in turn to tell a fairytale, hence the title of the work (though it is sometimes known as The Nights of Straparola!). The result was a collection of varied folktales, many of them passed down by word of mouth and produced in a variety of dialects. Begunxin 1550 and completed in 1553, these tales, together with The Story of Stories by the Neapolitan writer Giambattista Basile (c1575-1632), published in 1634, provided source material for the fairy tales of the French writer Charles Perrault (1697 W3).