In 1833 the Canadian steam ship The Royal William sails from Quebec to England in 17 days.

1835 Andrew Jackson survives an assassination attempt, the first made

on an American president. A madman uses two pistols but both misfire.

across the St. Gotthard pass, linking southern Switzerland with northern Italy, is completed in 1830. A

1830 The French tailor Barthélemy Thimonnier invents one of the first

. The following year, however, his competitors attack his factory and destroy most of his machines.

1834ZThe hansom cab comes into service in London. A two-wheeled horse-drawn carriage with the driver’s seat at the rear and outside, it was designed by Joseph Hansom. He received £300 for his invention.

1834 The Bavarian Franz Xaver Gabelsberger publishes a shorthand system for the German xxxxxxlanguage. The English version, devised by the Englishman Isaac Pitman, comes out in 1837.

In 1834 the Houses of Parliament, seat of the British government, are destroyed by fire. The London architect Charles Barry designs a new building, begun in 1840 and completed in 1867. His design in the Gothic style was chosen out of 97 entries submitted for the work. 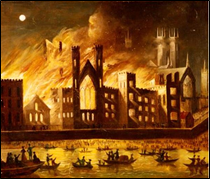 On his death in 1837 the English architect Sir John Soane bequeaths his house in Lincoln’s Inn Fields (now a museum) to the nation, together with his very valuable collection of antiquities and paintings, including works by Hogarth and Canaletto.

stand in the pillory. He suffers for one hour outside the Old Bailey.

In 1830 the German sculptor Christian Daniel Rauch begins work on the statue of Frederick the Great in Berlin. It takes him twenty years to complete.

successful campaign is waged against the “thugs” (thag in Hindi), a gang of murderers and thieves who had plagued the sub-continent for centuries. Hence the English word. 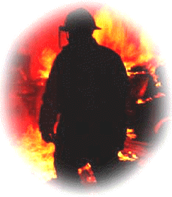 1836 sees the completion of the Arc de Triomphe in Paris, a monument to

xxxxxNapoleon’s victories in battle, and the largest triumphal arch in the world.

In 1835, the English locksmith Charles Chubb, famous for his unpickable locks, patents a burglar proof safe.

In 1835 the famous waxwork museum Madame Tussauds is established in

Baker Street, London. It moves to its present site in Marylebone Road in 1884.

of the Geological Society in London, becomes

the director of the British Geological Survey, the

first survey of an entire country ever undertaken.

In his A Guide to Northern Antiquities of 1836 the Danish archaeologist Christian Thomsen is the first to come up with the divisions Stone, Bronze and Iron ages in the study of prehistory.

In 1837 the Estonian naturalist Karl Ernst Von Baer (1792-1876) completes his On the Development of Animals, a work which marks him out as a founder of modern embryology.