This word, meaning nonsense, came into the English language in 1820 when the congressman for North Carolina, addressing his constituents

Burke’s Peerage, the work of John Burke of London, is published in 1828. It lists and gives details of all the “Peerage,

Baronetage and Knightage” of Great Britain and Ireland.

volume of his famous Dictionary of the English Language, completed in 1840.

The first issue of the British medical journal The Lancet appears in 1823. Founded to report on lectures in London hospitals and important medical cases and issues of the day, it is now acknowledged as one of the leading medical journals of the world.

1825 The Frenchman Jean Anthelme Brillat-Savarin, a lawyer by profession, publishes his

, an elegant, witty and chatty compendium on the art of dining in style.

1821 Emperor Napoleon, conqueror of Europe, dies on the remote island of St. Helena, where he had been confined since 1815.

In 1823 a Scottish chemist named Charles Macintosh invents a waterproof cloth by cementing together two layers of fabric with a rubber solution. His raincoat comes to be known as a “mackintosh” or “mac”.

1824 In Britain, the Royal Society for the Protection of Animals (the RSPCA) is established to safeguard the welfare of animals.

In 1824 a 15-year-old French lad named Louis Braille, blinded in an accident at the age of three, invents “braille”, a system of embossed writing which enables a blind person to read. A student at the National Institute for Blind Children in Paris, he later adapted the system for the reading of music.

1824 The National Gallery is founded in London to house the nation’s collection of European paintings. It was first situated in Pall Mall but was moved to its present site in Trafalgar Square in 1838. The nearby National Portrait Gallery was opened to the public in 1859.

The first artificial cement of good quality is produced by the English bricklayer Joseph Aspdin in 1824. Made from a mixture of limestone

and clay, he named it Portland Cement because it resembled the

colour of the limestone quarried on the Isle of Portland in Dorset. 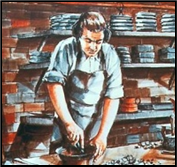 In the United States the Erie Canal is opened in 1825,

connecting the Great Lakes with New York City via the Hudson River. Over 360 miles long and 4ft wide, it required the building of 82 locks.

In 1828 the German publisher Karl Baedeker publishes his first travel guide - a journey on the Rhine. By his death in 1859 most of Europe had been covered by his guidebooks. They were continued by his publishing firm, run by his three sons. 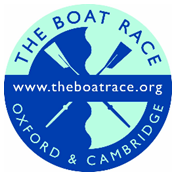 The first annual Boat Race between crews from Oxford and Cambridge

Universities is held in 1829. It takes place between Hambledon Lock and

Henley Bridge on the River Thames, but the race, over 4 miles in length,

is now held from Putney Bridge to Chiswick. Oxford won the first race.

In 1829 the Indian custom of a widow killing herself on the funeral pyre of her dead husband, known xxxxxxxas suttee (or satï) is abolished by the British government.

. With its tip coated with phosphorus

sulfate, it ignites when scraped on a rough surface.