The first English newspaper, the Daily Courant, is issued in London in 1702.

America's first newspaper, The Boston Newsletter, a weekly, is issued in April

1703: the city of Tokyo in Japan is struck by a massive earthquake.

In 1706 the English mathematician William Jones

in his Synopsis palmariorum matheseos. 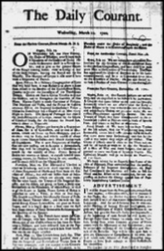 of Ceremonies at the fashionable resort of Bath.

In 1707 the last eruption of Mount Fujiyama in Japan takes place.

is mentioned as a recreation in Chamberlayne’s State of England of 1707.

Dartford two years later. By this time a code of laws had been drawn up.

is made by Jesuit missionaries in 1708.

1709: The Magnolia tree is introduced into England from Japan. 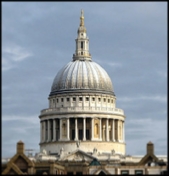 bringing to an end the work of rebuilding the

cathedral, begun by Christopher Wren in 1675.

Inx1711 the clarinet is played for the first time in an orchestra.

In the same year, the English trumpeter John Shore is said

to have invented the tuning fork.