xxxxxThomas Stamford Raffles (1781-1826) joined the East India Company at the age of 14, and soon proved his ability as an administrator and linguist. He was sent to assist the governor of Penang, Malaya at the age of 23 and, having impressed the governor-general of India, Lord Minto, was tasked with organising the invasion of the French controlled island of Java in 1811. This successfully achieved, he was made lieutenant governor of the island until it was returned to the Dutch in 1816. The following year he became governor of Bengkulu, Sumatra, and it was while there that, gaining the support of Lord Hastings, the new governor general of India, he sought and discovered the island of Singapore in 1819. The colony founded here was to play a key role in the creation of the British Empire in the Far East. 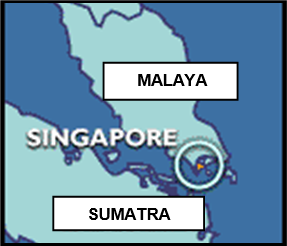 xxxxxThe Napoleonic Wars which raged across Europe in the opening years of the 19th century had repercussions on colonial possessions throughout the world. In particular, the Treaty of Tilsit of 1807 which resulted in an unexpected alliance between Napoleon and the Tsar of Russia, Alexander I, threatened the possibility of a French-sponsored Russian attack upon British possessions in the Far East. The governor-general of India at that time, Lord Minto, sent missions to Afghanistan and Persia in an attempt to gain their support, and, by the Treaty of Amritsar of 1809, came to terms with the Sikh ruler of the Punjab over each other’s sphere of influence in the north-west corner of India. At the same time British attacks were launched upon French possessions in the area. Among those seized were the islands of Bourbon (now Réunion) and the Ile de France (now Mauritius) in the Indian Ocean, and the island of Java in the East Indies, a base from which the French had been attacking British merchantmen trading with China. 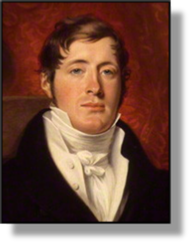 xxxxxTaking a prominent part in the capture of Java was the colonial administrator Thomas Stamford Raffles (1781-1826) (illustrated). The son of a merchant navy captain who was seldom out of debt, at the age of 14 he was forced to quit school through lack of money, and it was then that he entered the service of the East India Company. He studied science and a number of languages in his own time, and proved so able as an administrator that in 1805, at the age of 23, he was sent to assist the governor at Penang, an island colony which had been founded ten years earlier at the northern approach to the Strait of Malacca. Here he made a close study of the language and culture of the Malayan people and in 1811, having come to be regarded by Lord Minto as “an able, clever man”, was given the task of preparing for an invasion of Java. He set up his headquarters at Malacca, and then accompanied Lord Minto on the successful invasion of the island.

xxxxxOnce the Dutch and French forces had been overcome, Minto appointed him lieutenant-governor of Java, and in this executive post he set about introducing a wide programme of liberal reforms to improve the living conditions of the native population. By now, however, his sudden rise to high office was causing concern among the hierarchy of the East India Company, as was the escalating cost of his enlightened administration. In 1816, when Java was returned to the Dutch by treaty, he was promptly recalled to England to wait for another and, as the directors were to have it, less prominent appointment. In the meantime, he was well received In London, being elected a fellow of the Royal Society and receiving a knighthood for his services. And it was at this time that he published his two-volume work on The History of Java. 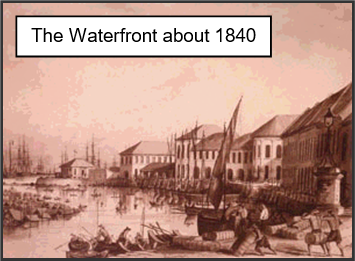 xxxxxHe returned to South East Asia in 1817, taking up a much less prestigious appointment as lieutenant governor of the port of Bengkulu on the west coast of Sumatra. It was from here, however, that, seeking a means to compete with the growing commercial dominance of the Dutch in the area, he visited Lord Hastings, the new governor-general of India in Calcutta, and convinced him of the need for action to protect British trade with South East Asia and China beyond. Having gained his authority to seek a trading post east of the Strait of Malacca, he sailed from Calcutta in December 1818 and in January 1819 landed on a small, sparsely populated island off the southern tip of the Malaya Peninsula. Here, realising the site’s commercial potential, he quickly made a treaty with the local ruler and established a settlement. He was then obliged to return to Bengkulu, but over the next five years he made the small fishing village of “Singapore” into a thriving free port and secured it as a British colony. In 1824 the Sultan of Jahore handed over the island to the British East India Company “in perpetuity”, and the Dutch relinquished all claim to the territory.

xxxxxBut by now Raffles’ health was failing fast, and he was obliged to return to England in August 1824. Here, as a naturalist of repute, he played a part in the founding of the London Zoo, and served as the first president of the London Zoological Society. Two years later, however, he collapsed at his home in Barnet, just north of London, and died of a brain tumour a day before his 45th birthday.

xxxxxRaffles was a man of exceptional energy and determination, and the success he achieved in founding Singapore played a key role in the creation of Britain’s empire in the Far East. Indeed, this great city port, situated between the Indian Ocean and the South China Sea, more than lived up to his expectations, becoming one of the greatest trading centres in the world. It was incorporated into the Straits Settlements in 1826 and after the Second World War - during which it was occupied by the Japanese - it became a separate crown colony in 1946. It was given self-governing status in 1959 and four years later became part of the federation of Malaysia. Finally in 1965 it chose to become a sovereign state, and was declared a republic later that year. 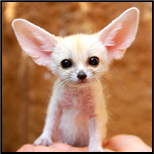 xxxxxIncidentally, Raffles was an extremely keen and accomplished botanist and zoologist from his earliest days. Throughout his stay in the East Indies he employed assistants to carry out the necessary field work, and he regularly sent back to England a large variety of strange plants and animal specimens. He named many species himself, and as late as 1822 sent details of 13 mammals and 23 birds to the Zoological Society in London. On his return journey in 1824 he brought with him an immense amount of data and a large collection of plant and animal specimens, but much of this was unfortunately lost when a fire broke out aboard the ship during the voyage. We are told that when living overseas he also made pets of a number of exotic animals, including a sun bear cub (illustrated) which he reared himself and was allowed to dine at table with his family! ……

xxxxx…… Needless to say, many places and institutions have been named after Raffles, particularly in Singapore itself. These include Stamford House, Raffles Place, and the world famous Raffles Hotel, founded in 1887. He is also remembered by the name of the largest flower on earth, the Rafflesia arnoldii. A bloom measuring more than three feet across, he and his companion, Dr Joseph Arnold (1782-1818), discovered it while out searching for plant specimens in Bengkulu, Sumatra. Found only in that part of the world, it has no roots - living off a host plant -, grows only when it feels like it, and survives for just a few days. It also has a unique smell of rotting flesh to attract insects for pollination!