xxxxxThe English essayist Thomas De Quincey, a solitary, sensitive man, was a friend of Coleridge, Wordsworth and Southey, and spent some years living in the Lake District. He returned to London in 1820, where he was befriended by Charles Lamb. The following year his major work, Confessions of an Opium Eater, was printed in The London Magazine, and in 1822 it was published in book form. It made him famous, and solved his money worries in the short term. De Quincey had taken opium while studying at Oxford in order to relieve pain from neuralgia and, over the years, had become an addict. His Confessions were meant as a warning against the habit, but, in fact, they served to stir up interest in the dreams induced by the drug, both the pleasurable reveries, and the grotesque nightmares that replaced them as the drug took hold. A number of his works, including Sighs from the Depths, and The English Mail Coach, continued to study the psychology of dreams. De Quincey wrote on a wide variety of subjects. His works included essays on history and economics, biographies, literary criticism, such as On the Knocking at the Gate in Macbeth, Murder Considered as One of the Fine Arts, Joan of Arc and The Spanish Military Nun. The quality of his writing varied, due to his very large output, but at its best his imaginative, poetic style made him one of the best of English prose writers. His works influenced in particular the French poet Charles Baudelaire and the American writer Edgar Allan Poe. 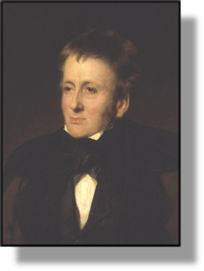 xxxxxThe English writer Thomas De Quincey was born in Manchester, the son of a prosperous linen merchant. A sickly, sensitive and inward-looking child, he attended Manchester Grammar School, but at the age of 17 ran away from home. He wandered around Wales for a short time, and then went to London, living rough, but befriended by a young prostitute he called “Ann of Oxford Street”. He was rescued by his family in 1803, and then took up a place at Worcester College, Oxford. There he led a solitary life, but he read avidly on a wide variety of subjects, determined, as he said, to make his mark in the world. He left before completing his course, but he acquired a store of knowledge which he later called upon in his essay writing.

xxxxxIn 1809, through his friendship with Samuel Taylor Coleridge - whom he had met two years earlier during a visit to the fashionable resort of Bath - he went to live in Grasmere. There he became closely associated with the other so-called lake poets William Wordsworth and Robert Southey. He became particularly friendly with Wordsworth, whom he much admired as a poet, and, over the next twenty-five years rented Dove Cottage, his former home, on a number of occasions. It was during one of these stays that, for a short time, he tried his hand at editing the Westmorland Gazette.

xxxxxIn 1817 De Quincey married Margaret Simpson, a farmer’s daughter by whom he already had a son and was to have seven more children. Three years later, in need of employment, he returned to London, and it was here that he met and came under the wing of Charles Lamb. Up to this time he had published very little, but in 1821 his Confessions of an English Opium Eater was printed in two parts in 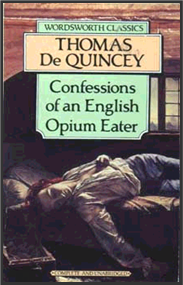 The London Magazine. Eclipsing Lamb’s Essays of Elia, which were then appearing in the same periodical, it was published as a book in 1822. This made him famous overnight and put an end to his money worries in the short term. This colourful and disturbing account of his own experiences as a drug addict created a great deal of public interest, fascinated as people were with details of personal deprivation, suffering or trauma. It contained some of the most bizarre and terrifying passages in the English language. He had begun taking laudanum (tincture of opium) while at Oxford to relieve, it would appear, a rheumatic pain affecting his face, probably neuralgia. Steadily increasing the dose, - as is often the case -, within a few years he had become a lifetime addict, falling many times into opium-induced stupors in which he lost all sense of time, and could not distinguish between dream and reality.

xxxxxThe work was written initially as a progressive, detailed account of the effects of his drug addiction, and to act, no doubt, as a warning to others of the dangers of a social evil which so easily swung from ecstasy to torment. However, given the power of its prose, it became more remarkable for its fascinating insight into the strange nature of the dreams induced by the drug, be they the pleasurable, liberating reveries of the early days, or the grotesque nightmares that came to replace them as the drug took hold. And this investigation into the psychology of dreams became a recurring theme in his work, to be found especially in his essays Suspiria de Profundis (Sighs from the Depths) of 1845 and The English Mail Coach four years later. In these he tried to fathom out how childhood dreams, and dreams of childhood, might affect personality itself. Later, in 1856, together with the production of his collected works, he attempted a re-write of his Confessions, but by adding other autobiographical material it lost much of its impact. 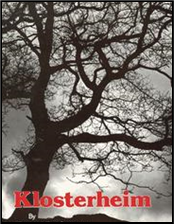 xxxxxIn 1830 he was on the move again. In that year he went to Scotland and remained there for the rest of his life, mainly in Edinburgh. There, to keep the money coming in, he continued to contribute to a number of periodicals, including the famous Blackwood Magazine and Edinburgh Literary Gazette. Writings at this time, and those of earlier days, included On the Knocking at the Gate in Macbeth, a classic of literary criticism of 1823; Murder Considered as One of the Fine Arts, produced in three parts; some fiction, such as the gothic novel Klosterheim; a work on economic theory, The Logic of Political Economy; and Joan of Arc and The Spanish Military Nun, both produced in 1847. In 1853 he published his Autobiographic Sketches, and began to collect all his works together under the title Selections Grave and Gay, published a year after his death. Of particular interest were his Lake Reminiscences, started in 1840 and published over the next six years. These included biographies of his friends Wordsworth, Coleridge and Southey. Quite apart from some inaccuracies, they were somewhat vindictive, and caused a great deal of offence. By this time, however, De Quincey had lost his wife, and was retreating for long periods into an opium-created world.

xxxxxSuch was the quantity of his output - dictated by the need for a living wage - that the quality of his work varied quite considerably. At its best, however, his imaginative, poetic style, and his width of subject matter, places him amongst the greatest of English prose writers. His influence can be seen in particular in the works of the French poet Charles Baudelaire and the American writer Edgar Allan Poe. 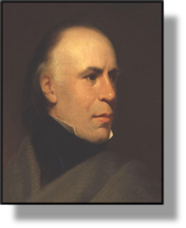 xxxxxIncidentally, a member of that brilliant circle of writers which included Thomas De Quincey, Charles Lamb, William Hazlitt, and John Keats, was the Scottish poet Allan Cunningham (1784-1842). A close friend of James Hogg, "the Ettrick Shepherd”, he was born in Keir, Dumfriesshire, and started work as an apprentice stonemason at the age of eleven. Determined to become a writer, in 1814 he found work as an assistant sculptor in London in order to find an outlet for his poems and romances. In 1822 he published his collection of Traditional Tales of the English and Scottish Peasantry, and followed this with The Songs of Scotland Ancient and Modern in 1825. He completed his The Lives of the Most Eminent British Painters, Sculptors, and Architects, a work of six volumes, in 1833, and the following year produced his edition of The Works of Robert Burns, prefaced with an informative biography.