THE BATTLE OF THE PYRAMIDS 1798

xxxxxThe Treaty of Campo Formio in July 1797 left only Great Britain at war with France. On his return to Paris, Napoleon rejected any idea of invading England, and proposed instead the capture of Egypt in order to threaten Britain’s overland route to India. The Directory, deeply concerned about Napoleon’s political ambitions, readily agreed to this plan. The French fleet arrived in Egypt in July 1798 after capturing the island of Malta. Alexandria was quickly seized and then, in the same month, the Egyptians were soundly beaten at the Battle of the Pyramids. In August, however, a British fleet commanded by Admiral Nelson attacked and destroyed the French squadron in Aboukir Bay and this Battle of the Nile left Napoleon’s army stranded in the Near East. After an unsuccessful invasion of Syria and a victory over the Egyptians at the Battle of Aboukir, Napoleon saw no future in staying. Learning that there was a political crisis in Paris, he secretly left and arrived in France in October 1799, prepared for high office. 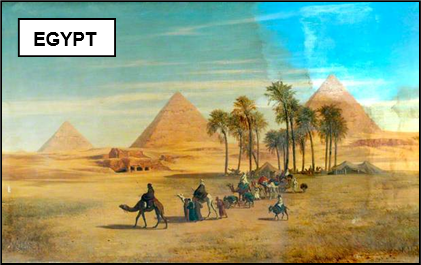 xxxxxAs we have seen, following the Treaty of Campo Formio in July 1797, only the British remained at war with France. Napoleon, having returned to Paris after his brilliant military and diplomatic campaign in Italy, was only too eager to take them on. The Directory was in favour of an invasion of England, but in February 1798 Napoleon ruled out such an undertaking until such time as France had command of the sea. Instead, he proposed that he occupy Egypt. This, he argued, apart from striking at Britain’s wealth by threatening its overland route to India, would provide a valuable bargaining counter in the inevitable peace settlement. These were valid aims, though the romantic lure of Ancient Egypt doubtless played some part in his proposal! The Directors willingly agreed. Wary of Napoleon’s overriding ambition, they were only too pleased to send him as far away as possible from the centre of power!

xxxxxFor its part, Great Britain had entered the war with France in February 1793, alarmed not only at the execution of the Louis XVI but - on purely military grounds - by the French occupation of Belgium (the Austrian Netherlands) and the threat this posed to Holland. Up until that time the French Revolution had been met with mixed feelings in Britain. Some had seen it as a means of weakening the country’s traditional enemy on the continent, others that it would serve to accelerate political and social change at home. And, as we have seen, there were the advocates of the extreme. The Rights of Man by Thomas Paine was a powerful attack upon the monarchy and the privileged classes, whilst Edmund Burke’s Reflections on the Revolution in France was a fierce denunciation of this civil rebellion; but neither brought people out on the streets. There were, of course, radicals - notably in London, northern England and Scotland -, and a predictable rising in Ireland, but these were ruthlessly suppressed by William Pitt’s ministry. The habeas corpus act was suspended, laws were passed against demonstrations and public meetings, and naval mutinies at Spithead and Nore were quickly settled. Thus when the French threatened invasion early in 1798, the mainstream of public opinion was solidly behind the government’s stand. 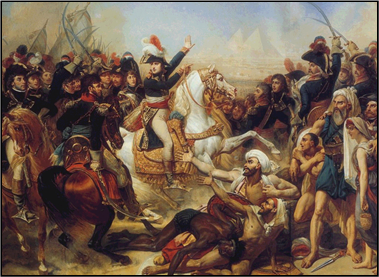 xxxxxIt was amid great secrecy that the French prepared a fleet at Toulon to take some 30,000 men to the Near East. It put to sea in May 1798, and the following month, having successfully evaded the British fleet that lay in wait, overwhelmed the Knights Hospitallers on Malta and occupied the island. It then made for Egypt and landed at Aboukir Bay on the first day of July. Napoleon stormed and occupied Alexandria the next day and then, wasting no time, moved on to Cairo, defeating the Mamluk leader Murad Bey at Shubrakhit en route.

xxxxxThe decisive engagement, the so-called Battle of the Pyramids - took place at Imbabah in July 1798, close to Cairo on the west bank of the Nile. The French faced an army of about 40,000 Egyptians, but the bulk of this number was ill-trained and lacking in discipline. Only the Mamluk cavalry, some 6,000 strong, was a reasonable fighting force. Napoleon formed up his army into five large squares, with ranks of infantry making up the sides and cavalry kept in reserve in the centre. This strategic innovation, able to defend or attack in any direction, proved highly effective against repeated but uncoordinated charges by the Mamluk horsemen. Once these had been finally repulsed, the French went on the offensive and put the Egyptians to flight. The painting above by Antoine-Jean Gros shows Napoleon just before the fighting begins. He is seen pointing at the pyramids and urging his men on: “Soldiers, from the summit of yonder pyramids forty centuries look down upon you”. 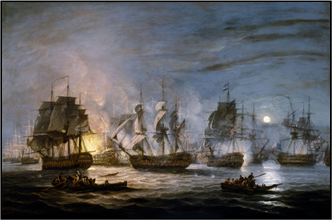 xxxxxOnce in control of Cairo, Napoleon attempted to get on good terms with the inhabitants by declaring his sympathy with the Moslem faith, and appointing Egyptians to share in the running of the city. This met with little success. There was, in fact, much opposition to French rule, and - as we shall see - matters became worse in August when, at the Battle of the Nile, a British fleet commanded by Admiral Horatio Nelson destroyed the French warships and transports in Aboukir Bay and left Napoleon’s army stranded on the banks of the Nile.

xxxxxThe next month the Sultan of Turkey launched an attack to re-conquer Egypt, and the revolt that followed in Cairo - only put down by a generous use of gunfire - put an end to French hopes of a long-term mandate in the land of the pharaohs. In an attempt to prevent further incursions, Napoleon invaded Syria in February 1799 but, failing to take Acre after a two-month siege, he was forced to withdraw and beat a hasty retreat back to Egypt. With no future in staying, and learning of a crisis of power in Paris, Napoleon decided to put an end to what he called his “romantic interlude”. Concluding his stay with a victory over the Turks at Aboukir, he secretly left Egypt in the August. He managed to slip through the British naval blockade, and landed in France on the 9th October 1799, destined, as we shall see, to acquire the highest office in the land. 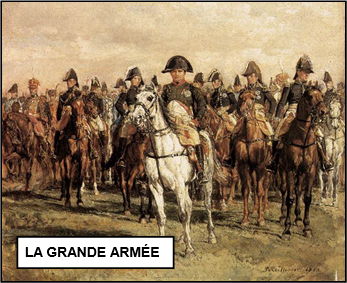 xxxxxMeanwhile the army he deserted survived for two years. In March 1801 British troops arrived at Aboukir Bay and, soon afterwards, a British Indian force landed at Qusayr on the coast of the Red Sea. Faced with such opposition, plus an Ottoman invasion from Syria, the French army admitted defeat. The Cairo garrison surrendered in June and the French commander Menou, based at Alexandria, capitulated in the September. Despite the French defeat - understandable in the circumstances - the army that Napoleon took to Egypt was a far cry from the ragtag mob with which he had started his Italian campaign in 1796. By means of loans, he had developed the French army into a highly professional force, supplied with tents and full rations, regularly paid, well equipped and well trained. These improvements, together with national conscription, were to be the cornerstones of Napoleon’s grande armée, the force which was to dazzle and capture most of Europe in the opening years of the next century.

xxxxxIncidentally, Napoleon had regarded the French occupation of Egypt as a civilising venture, aimed at rekindling the country’s ancient culture and prosperity. He came as a “liberator”. Thus along with his military forces went a large number of scholars and scientists to study the country’s past and plan for its future. In 1799 there came into their possession a slab of basalt dating from 196 BC (roughly 2 x 4 feet in size). Discovered by a French army officer near the town of Rosetta (today’s Rashid), it was inscribed with a piece of text written in three versions - ancient Greek and two forms of hieroglyphics. ……

Xxxxx…… This “Rosetta Stone”, as it came to be known, provided the means by which ancient Egyptian inscriptions could be deciphered. However, as we shall see, this did not come about until 1822 (G4), when a young French Egyptologist, Jean-François Champollion, studying a copy of the scripts, managed to make sense of the pictographic writing - a decree by Ptolemy V Epiphanes, the king of Egypt from 205 BC. The stone itself was confiscated by the British in 1801 and placed in the British Museum in London the following year, where it can be seen to this day. ……

xxxxx…… But at the same time as French scholars were preserving the Rosetta Stone because of its historical significance, and creating an Institute for the study of ancient Egypt, French soldiers were using the ancient Sphinx at Giza for target practice! Comprising the figure of a recumbent lion with a human head, the facial features of this huge monument are thought to be those of King Khafre of the 3rd century BC. He probably had it built to guard his pyramid, the second of the three constructed there. The musket fire, probably done as a bit of fun, peppered the face and took off the nose. …… 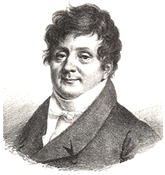 xxxxx…… One of the scholars who accompanied Napoleon on his expedition to Egypt was the French applied mathematician Joseph Fourier (1768-1830). He carried out a great deal of research into Egyptian antiquities, and for three years was secretary of the Institute for Egyptian studies which Napoleon founded in Cairo in 1798. As a mathematician he is best known for his influential work The Analytical Theory of Heat, published in 1822.