xxxxxThe English composer Henry Purcell wrote over 500 works for church, stage, court and private entertainment. In 1682 he was appointed composer to the King’s Musick, writing My Heart is Inditing of a Good Matter for the coronation of James II, and Thou Knowest Lord for Queen Mary’s funeral in 1694. His masterpiece, Dido and Aeneas, was composed in 1689, and is regarded as the first English opera. He also wrote the incidental music for the masque The Fairy Queen, an anonymous and lively adaptation of Shakespeare’s A Midsummer Night’s Dream. He produced many songs, duets, anthems and string sonatas, and many of his songs and “rounds” became popular in his lifetime. 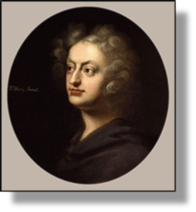 xxxxxThe English baroque composer Henry Purcell wrote more than 500 works, and these included music for the church, the stage, and court and private entertainment. He was born at Westminster, London, the son of a court musician, and was a chorister at the Chapel Royal by the age of ten. Such was his talent that he was appointed composer for Charles II's string orchestra in 1677, and became organist at Westminster Abbey two years later. In 1682 he was appointed composer to the King's Musick. In this capacity he played at court functions, and wrote many odes and anthems for royal occasions, including two of his finest works, My Heart is Inditing of a Good Matter for the coronation of James II in April 1685, and the anthem Thou Knowest Lord for Queen Mary's funeral in 1694. 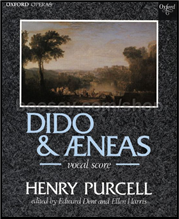 xxxxxHis masterpiece, Dido and Aeneas of 1689, was originally sung by pupils at a girls' school in Chelsea, and is generally regarded as the first English opera. The German-American scientist Albert Einstein described this work as "a model of pure and profound expression achieved by the most modest means". He is also wrote the incidental music for the masque The Fairy Queen, an elaborate and lively adaptation of Shakespeare's Midsummer Night's Dream, first performed in 1692. Throughout his career he wrote many songs, duets, anthems, and string sonatas, as well as a small number of organ voluntaries, and solos and suites for the harpsichord. Many of his songs were published during his lifetime and became popular, as did his "catches" or "rounds" - repeatable ditties sung by three or more voices and having no discernible end! 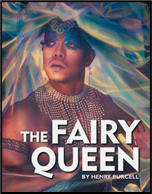 xxxxxBut a vast amount of his output was concerned with theatre music in the form of overtures, interludes, songs and dances. He provided incidental music for no less than 43 plays, including The Indian Queen, Love Triumphant, and a patriotic opera called King Arthur or The British Worthy by the English dramatist John Dryden. King Arthur in particular - a mixture of drama, music and dancing - proved a resounding success when produced in 1691. He also wrote the music for two comedies by the English dramatist William Congreve, and for an opera based on The Prophetess by the English playwright John Fletcher.

xxxxxRegarded by some as the greatest natural genius of English music, Purcell's melodies are highly original, and are composed with ease and spontaneity over a remarkably wide spectrum of musical ability. Dryden, who knew him better than most, wrote of "the excellent composition of Mr Purcell in whose person we have at length found an Englishman equal with the best abroad". Unfortunately, he died of consumption before reaching the age of 40. He was the first musician to be buried in Westminster Abbey - an indication of the value put on his musical career - and was interred beneath the organ which he had played so brilliantly for more than fifteen years.

xxxxxIncidentally, his work The Libertine, produced in 1692, contains the song Nymphs and Shepherds come away. …… Purcell was the first composer to use the trumpet to good effect.

xxxxxPurcell was considerably influenced by the Italian violinist and conductor Arcangelo Corelli (1653-1713). He demonstrated great technique as a violinist, and did much to establish the concerto grosso - in which there was interplay between soloists and the orchestra. His chamber music, which gained him an international reputation, included four sets of trio sonatas and 12 concerti grossi. He at one time performed a work by his fellow countryman Alessandro Scarlatti - famous for his operas and church and chamber music - and it is likely that he met the German composer Handel when he visited Rome around 1707. 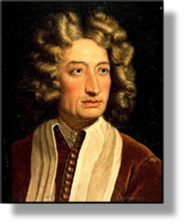 xxxxxA composer who had considerable influence upon Purcell was the Italian violinist and conductor Arcangelo Corelli (1653-1713). He is remembered above all for his technique as a violinist, creating a style which greatly influenced the future playing of this instrument, and for the prime part he played in establishing the musical form known as the concerto grosso - in which there is interplay between a small troupe of soloists and the larger orchestral group. His chamber music, which was highly regarded and very influential, included four sets of trio sonatas, a set of 12 sonatas for violin and violone or harpsichord, and 12 concerti grossi, published a year after his death and including his Christmas Concerto. His instrumental music alone gained him an international reputation, and his compositions were widely published. Among the composers influenced by his style were the German composer Johann Sebastian Bach and the Italian violinist Guiseppe Tartini.

xxxxxDetails of his early life are sketchy, but it is known that he was born at Fusignano in northern Italy and that he was taught to play the violin while at the chapel of San Petronio in Bologna. After a four-year stay there, he went to Rome in 1675, where he played for many years in the orchestra of the chapel of San Luigi dei Francesi, becoming first violinist in 1682. Queen Christina of Sweden was among his patrons, and from 1690 onwards he played at the court of the art patron Cardinal Pietro Ottoboni. Apart from his talent as a composer and virtuoso violinist, he was an accomplished conductor, and, as a pioneer in this field, was called upon to direct and perform at gala performances.

xxxxxIn 1700 he was first violinist and conductor for the concerts of the Palazzo della Cancelleria (The Papal Chancellery), and two years later he visited Naples. Whilexthere it is believed that he played for the king and performed a work by his fellow countryman Alessandro Scarlatti (1660-1725), the composer who, in addition to his many operas, excelled in church and chamber music. Father of the musician Domenico Scarlatti, he played an important part at this time in making popular the comic Neopolitan style of opera - and its distinctive overture - throughout the western world. Apart from this visit and possibly a year or two in Germany, Corelli spent most of his musical life in Rome, so it is more than likely that he met the German composer George Frederic Handel when he visited the city in 1707 and 1708. 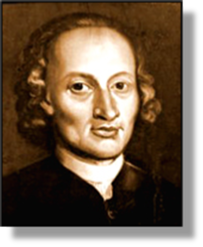 xxxxxAnd a German baroque composer of this period who deserves a mention is the organist and composer Johann Pachelbel (1653-1706). He produced a wealth of sacred and secular music, and he played an important part in the development of the choral prelude and fugue. A native of Nuremberg, he spent most of his life as a church organist within the city. His works, noted for their simplicity and clarity, include his best known compositions, Canon in D major for three violins, harpsichord and double bass, and Hexachordium Apollinis, six variations for organ and harpsichord, both produced in 1699. His music was very popular in his day. 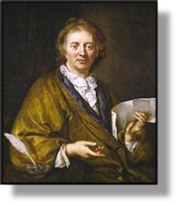 xxxxxIn addition, a Frenchman who was greatly influenced by the works of Corelli was the composer and brilliant harpsichord player François Couperin (1668-1733). He gained fame for his textbook The Art of Playing the Harpsichord, and he was one of the first composers to give his compositions descriptive titles. He was appointed organist at the Chapelle Royale in 1693, and then court organist and composer in 1717. His four volumes of harpsichord music, containing some 230 individual pieces, and published in Paris from 1713 to 1730, were much admired by Johann Sebastian Bach and, later, Johannes Brahms, and they were influential in the musical development of both composers. His keyboard pieces were somewhat in the form of miniature tone poems, and succeed in expressing a specific mood. Couperin also wrote for the organ, and his surviving collection contains two masses.