xxxxxAs we have seen, London had been hit by the Black Death in 1347 (E3) and, remaining endemic, had frequently returned, notably in 1593 and 1625. The plague of 1665 was the worst but, fortunately, the last. It began in 1664, but was at its height the following year, affecting in particular the poor and densely crowded areas. It is estimated that over 70,000 were killed out of a total population of 460,000. Many fled the capital, including the king and parliament, but a large number stayed on. Both the diarists, Samuel Pepys and John Evelyn, gave accounts of the disaster. It began to subside in 1666, and although it spread to other parts of the country, its effects were not so severe. 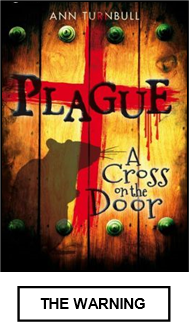 xxxxxLondon was no stranger to the plague. As we have seen, there was the Black Death of 1347 (E3) during which the capital, with its narrow streets and open sewers, was a hostage to fortune. And the plague, remaining endemic, was a frequent visitor over the next three centuries. In 1593, for example, an outbreak caused the closure of all theatres, and in 1625 a visitation killed some 40,000 men, women and children. The Great Plague was sadly the worst, but happily the last.

xxxxxIt began in late 1664 and was at its height during the summer of 1665. The number killed during the epidemic was probably over 70,000 out of a total population of some 460,000. It is thought to have begun in the suburb of Saint Giles-in-the-Fields. From there it swept through the city's outskirts, causing particular suffering in the poor and densely crowded areas of Stepney, Shoreditch, Clerkenwell and Cripplegate. Care of the sick was mostly carried out by apothecaries (local pharmacists), most of the physicians having deserted their practices. 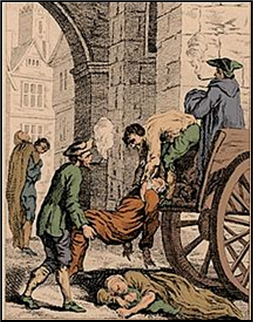 xxxxxAs the outbreak worsened, parliament escaped to Oxford, and the king left London in June and did not return until the following February - when the plague had done its worst. Many of his subjects also fled the capital, but there were those who stuck to their posts. The two diarists, for example, Samuel Pepys and John Evelyn - both of whom gave account 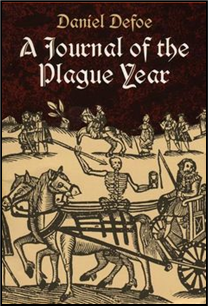 s of the disaster - remained in London throughout the plague and the fire that followed. Mercifully, by 1666 the death rate had substantially slowed down. During that year only 2,000 deaths were recorded in London, and although the plague had spread over much of the country by that time, its effects were not severe. Outbreaks were reported up to 1679, but none proved of epidemic proportions.

xxxxxIncidentally, the English novelist Daniel Defoe wrote his Journal of the Plague Year in 1722, based on what people told him about the event. It provides a vivid description of this awful happening.