xxxxxIn a period of severe economic depression, a meeting of some 60,000, held in St. Peter’s Fields, Manchester, to demand parliamentary reform, was broken up by local cavalry. Eleven people were killed and 500 wounded. The ring leaders were imprisoned, and the Government later passed the Six Acts to provide greater powers for the suppression of political radicalism. The event, which took place in August 1819, came to be known as the Peterloo Massacre, an ironic reference to the Battle of Waterloo, fought four years earlier. The military action was widely condemned, but this had no immediate effect.

xxxxxThe Peterloo Massacre, as it came to be called, took place in Manchester, England, in August 1819, when an open-air meeting in support of parliamentary reform was brutally dispersed by cavalry. Eleven people were killed and some 500 wounded. The meeting was held in St. Peter’s Fields, and this came to be known as “Peterloo”, a pointed, ironic reference to the Battle of Waterloo which had taken place four years earlier.

xxxxxThe event must be seen against a background of general discontent. The conclusion of the Napoleonic Wars was followed in Britain by a period of severe economic depression, and this gave rise to a growing demand for political and social reform. In agriculture, for example, landowners, by supporting the passing of the Corn Law of 1815 - a tax on imported grain - had kept the price of bread artificially high, particularly during bad harvests. Meanwhile in industry, the entrepreneurs - members of the emerging middle class - were demanding a voice in Parliament. And this demand for political reform was likewise taken up by the “working class”, those who laboured in town and village, factory and field. To those in authority - the privileged and the affluent - such social unrest was seen as a likely prelude to full-scale revolution. The years 1816 and 1817 had already witnessed radical riots, albeit on a limited scale. Perhaps not surprisingly, both central and local government were ready and quick to use legislation and, if necessary, brute force, to clamp down on any sign of subversion. 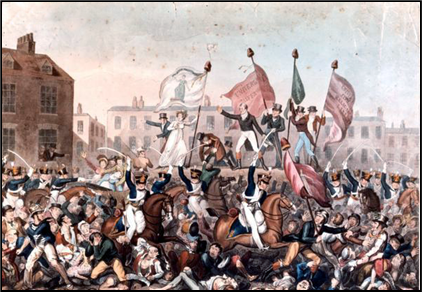 xxxxxThe meeting in St. Peter’s Field was planned as the largest of a series of rallies held in Manchester during 1819 to demand political reform and to protest against rising food prices, aggravated by the Corn Law of 1815. A large crowd of some 60,000 attended the meeting, including a large number of women and children, and the meeting was presided over by the radical leader Henry Hunt. None of the protestors was armed, and the gathering was completely peaceful, but the local magistrates, alarmed at the size of the gathering - much larger than expected - and concluding that “the town was in great danger”, ordered the arrest of the speakers soon after the start of the meeting. The local part-time ill-experienced yeomanry were sent in to carry out the task, but their way to the rostrum was barred by some of the protesters, and they began to use their sabres to clear a path. Seeing signs of resistance, the chairman of the magistrates then ordered four squadrons of the 15th Hussars and the Cheshire Volunteers to join in the attack, and within fifteen minutes the field was cleared, save for the dead and wounded.

xxxxxSoon after the event the then Home Secretary, Viscount Sidmouth, sent a letter to congratulate the Manchester magistrates on their timely action. He assured them that the king had derived “great satisfaction” from the way they had preserved “public tranquillity”. Shortly afterwards Lord Liverpool’s Tory administration passed the Six Acts. These gave greater powers for the suppression of political radicalism so as to ensure that such a demonstration did not happen again. As for the organisers of the Manchester meeting, and the speakers who took part in it, they were charged with “assembling with unlawful banners at an unlawful meeting for the purpose of exciting discontent”. Five were sent to prison.

xxxxxBut whilst the government supported the military action taken in Manchester, there was widespread criticism of the authorities and the military. Meetings were held in protest, and the event was given critical coverage, especially in Manchester and London. One of the leaders, a journalist named James Wroe (1788-1844), wrote a series of pamphlets entitled The Peterloo Massacre: A Faithful Narrative of the Events, and this sold well. And following the imprisonment of their staff reporter who covered the meeting, the Times later published an article which was highly critical of the magistrates and the behaviour of the military.

xxxxxAmong those arrested and imprisoned was the main speaker at the meeting, Henry “Orator” Hunt. His speech on parliamentary reform earned him two years and six months in jail. A radical reformer and a skilled orator, he became a member of parliament in 1830, and played a part in the passing of the Reform Act of 1832, legislation which widened the franchise. 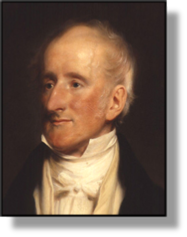 xxxxxAnd another man who was given a prison sentence for speaking his mind on the Peterloo Massacre was the English politician Sir Francis Burdett (1770-1844). A strong and courageous advocate of political reform, he entered parliament in 1797 as an independent, and was soon criticising the government for its restrictions on individual freedom, felt to be necessary during the Revolutionary Wars. In 1807, having been elected to represent Westminster, he became recognised as the leader of the Radicals in the Commons, pressing for parliamentary reform at every opportunity, and condemning corruption in high places. 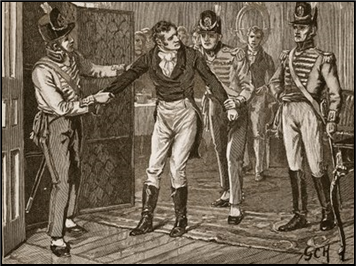 xxxxxThen on the 22nd August 1819, a few days after the protest meeting, he launched a blistering attack upon the government’s handling of the affair. In a letter addressed to his constituents and subsequently published, he spoke of his shame, grief and indignation at the “blood spill at Manchester”. Was this then, he asked, why England, the land of freedom, had a standing army in peace time, to kill unarmed, unresisting men and women? This was nothing short of an “unparalleled and barbarous outrage”. But at the Leicester Assizes in March the following year, the judge saw the letter as calculated to do “infinite mischief”. He was found guilty of seditious libel, fined £2,000, and sent to prison for three months.

xxxxxThis was not the first time he had gone to prison for his beliefs, but it was to be his last. Whilst he continued his radical campaign, especially for religious freedom and electoral reform, his interest in reform began to wane. He doubtless viewed the passing of Catholic Emancipation in 1829 and the Reform Act of 1832 with a deal of satisfaction - in both of which he had played a part - but towards the end of his political career he put down the banner and allied himself with the reactionary Tory party.

xxxxxIncidentally, as we shall see, an offshoot of the Peterloo Massacre was the Cato Street Conspiracy of 1820 (G4). The instigator of this plot, the militant radical Arthur Thistlewood, aimed to kill a number of Cabinet members to atone for the “souls of the murdered innocents” at Manchester. 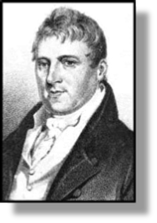 xxxxxAmong those arrested and imprisoned was the main speaker at the demonstration, Henry “Orator” Hunt (1773-1835). He received a sentence of two years and six months in Ilchester Jail. A radical reformer, his skill as an orator gained national recognition at the Manchester meeting, where he spoke out in favour of universal suffrage and annual parliaments. He escaped injury at the meeting, but the white hat that he was wearing was staved in by a sabre and this became a symbol of the reform movement.

xxxxxTrue to form, whilst at Ilchester, he spent some time writing about the poor conditions within the jail, and later published his comments in his A Peep into Prison. On release he continued his campaign for parliamentary reform, and in 1830 was elected a member of parliament for the working-class district of Preston in Lancashire. The Reform Act of 1832, which widened the franchise, owed something to his personal efforts, but the changes made in the Act resulted in his losing his seat in the general election of that year!

xxxxxAnd another man who was imprisoned for speaking his mind on the Peterloo Massacre was the English politician Sir Francis Burdett (1770-1844), a strong advocate of political reform and individual freedom. A few days after the event, in a letter to his constituents (later published), he launched a blistering attack on the government for what he called “an unparalleled and barbarous outrage”. Found guilty of seditious libel in March 1820, he was given a hefty fine and sent to prison for three months. Like Hunter, he also played a part in the passing of the Reform Act of 1832, and he was a strong advocate of religious freedom, but he later tired of his radical role and allied himself with the reactionary Tory party.