xxxxxThe French writer Charles Perrault published Stories or Tales from Olden Days in 1697. This collection included Little Red Riding Hood, Sleeping Beauty, Puss in Boots and Cinderella. The majority of these tales were already known, having been handed down from one generation to another. And some of his material came from earlier collections, notably The Pleasant Nights by the Italian writer Straparola. Perrault was also a serious poet and critic. His major poetic work was The Age of Louis XIV, in which he praises the achievements of the king and extols the virtues of French poets of the day, including Molière. 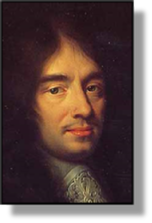 xxxxxIn 1697 the French writer Charles Perrault published a collection of children's fairy tales based on French folklore under the title Stories or Tales from Olden Times. We are told that he first wrote them in order to amuse his own children. Translated into English as Tales of Mother Goose, these traditional stories included Little Red Riding Hood, Blue Beard, Sleeping Beauty, Puss in Boots and Cinderella (little Cinder Girl). This book followed on an earlier work, produced in 1694, in which he had recounted a number of folk tales in verse. 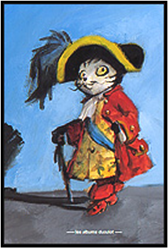 xxxxxPerrault was born in Paris and practised law before devoting himself to a career in writing. Today, he is best remembered for his collection of fairy tales, but he was, in fact, a serious poet and literary critic. As a member of the French Academy he was a leading champion of the modern style in literature as opposed to the classical - a burning question at the time - and he published his views in his Parallèle des anciens et des modernes. As a poet his outstanding work was The Age of Louis XIV, published in 1687, in which he praises the accomplishments of the Sun King and extols the virtues of French poets, such as Molière, over those of the Augustan age in classical antiquity. 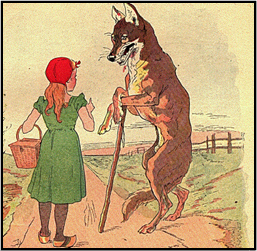 xxxxxHis Tales of Mother Goose is often regarded as the first work written explicitly for children, but the majority of his stories were already well known throughout Europe, having been handed down by word of mouth from one generation to another. Furthermore, in the middle of the 16th century, as we have seen, the Italian writer Gianfrancesco Straparola had written a work based on the format of the Decameron in which a group of young people met to tell fairy tales. Entitled The Pleasant Nights, this collection included such classic stories as Beauty and the Beast, and, together with The Story of Stories by the Neapolitan writer Giambattista Basile, published in 1634, provided source material for Perrault's book.

xxxxxIncidentally, Perrault's fairy tales were translated into English in 1727, and were followed thirty years later by Mother Goose's Melodies, a collection of nursery rhymes based on English and French sources and containing nursery rhymes such as Humpty Dumpty and The Old Woman Who Lived in a Shoe. ......

xxxxx…… Many of these tales, of course, have been made into pantomimes, and a number have been produced as operas. These include Cinderella by Rossini and Massenet, and Blue Beard by Dukas and Bartok.