xxxxxA man of great learning in both the sciences and the arts - especially astronomy - Omar Khayyam is best remembered today for his poetry, produced in a series of four lined verse. These quatrains or rubaiyats pondered on the mysteries and uncertainties of life and death. They were brilliantly translated by the English writer Edward Fitzgerald in 1859 and have become admired throughout the world for their beauty of word and thought. He died around 1131. 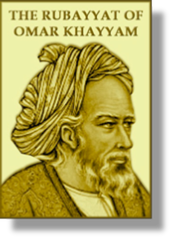 xxxxxOmar Khayyam, who was born in Nishapur, Iran, and died around 1131, proved to be a man of exceptional ability in the practical sciences as well as the written word. As a mathematician he wrote a major treatise on algebra, completing this work at Samarkand, whilst as an astronomer he was a member of a team commissioned to build an observatory in the city of Esfahan, and was appointed by the Shah to head a committee to reform the current calendar. He also made valid contributions in the fields of philosophy, history and medicine.

xxxxxHowever, important though these achievements were, today he is mainly remembered in the West for his poetry, produced in a series of quatrains or four lined verse. These quatrains or rubaiyats - each a complete poem in themselves - were brilliantly translated and formed into a continuous elegy by the English writer Edward Fitzgerald in 1859 and became known the world over for their beauty of word and thought. Some doubt has been cast at tim 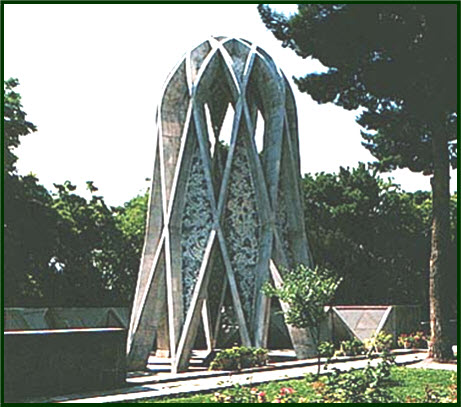 es upon the authenticity of these poems, but it is now generally believed that they were the work of Khayyam.

xxxxxThe Rubaiyat of Omar Khayyam ponders on the mysteries and uncertainties of life and death, and reveals the author as a man of deep thought and troubled mind, struggling inwardly over human frailty and the existence of a God. But the underlying melancholy of the work is amply compensated by the delight his verse shows in the simple, fleeting pleasures of the material world. This is probably why many expressions from the work have found their way into the language and literature of many nations. For example: "The moving finger writes and, having written, moves on".

The tomb of Khayyam