THE NETHERLANDS COME UNDER THE HABSBURGS 1477  (E4)

xxxxxBy the end of the 12th century the Netherlands (Holland, Belgium and Flanders) consisted of a number of principalities, some secular and some run by the Church. Most of them recognised the Holy Roman Emperor as their overlord, but Flanders was a vassal state of the French. In the 14th century the Burgundians began to gain a hold on the area, and by the marriage of Mary of Burgundy to Maximilian in 1477 the country passed into the hands of the Habsburgs, the house of Austria. In 1556 (M1) Philip, son of the Habsburg Emperor Charles V, and already responsible for the Netherlands, became king of Spain, and this marked the beginning of a long and bitter struggle for independence. In the meantime it was to be the French who challenged the Habsburg domination of Europe, notably in a power struggle for Italy.

xxxxxBy the end of the twelfth century the Netherlands (Holland, Belgium and Flanders) was made up of a large number of small principalities, some secular and some run by the Church. All were virtually independent, but most of them recognised the German king, the Holy Roman Emperor, as their overlord, and one in particular, Flanders, was a vassal state of the king of France. The strength of these principalities lay in trade, particularly in textiles, and this was conducted through a large number of towns, many of which had become important trading centres, administered by small groups of local merchants. 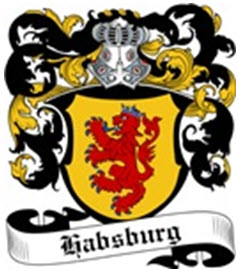 xxxxxDuring the thirteenth century the French greatly increased their influence in Flanders and by 1338 had annexed much of this area, despite meeting stubborn opposition on the way. Then a few years later the Burgundians began to move into these principalities, slowly increasing their hold by war or marriage. Charles the Bold, Duke of Burgundy, who reigned 1467 to 1477, attempted to create a kingdom in the low countries, with himself as regent, but this failed. On his death in 1477, killed at the battle of Nancy, the Duchy itself passed to the French king, Louis XI, but the Netherlands obtained a new master. In 1477, by the marriage of Mary of Burgundy, the daughter of Charles the Bold, to Maximilian, the son of Emperor Frederick III, the country passed into the hands of the Habsburgs, the house of Austria.

xxxxxAs we shall see, on the death of the Habsburg Emperor Charles V (grandson of Maximilian) in 1556 (M1), his son Philip, already responsible for the Netherlands, became king of Spain. This marked the beginning of a long struggle by the Netherlands to throw off Spanish control. Taking the wider view, the stage was now set for the Habsburg domination of the continent during the sixteenth century. But they were not to have it all their own way. Louis XI of France had done much to consolidate royal authority and unify his domains. His son, Charles VIII sought an extension of French power in Italy, and launched a series of Italian wars which, given time, were to merge into a long-term struggle between France and the Habsburgs - by then masters of Spain and her New World possessions, not to mention the Netherlands and the conglomerate of little states which made up the Holy Roman Empire. 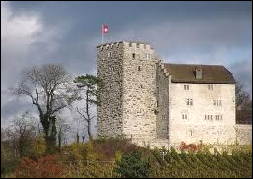 the family name of Habsburg derives from the castle of Habsburg or Habichtsburg (meaning "Hawk's Castle) built in 1020 on highland overlooking the River Aare in today's Switzerland. Its connection with Austria began in 1282, when one of the Counts of Habsburg, having been elected king of Germany as Rudolf I in 1273, conferred jointly the duchies of Austria and Styria on his two sons, thus providing the family with its territorial base.