xxxxxIt was in 1661 that Louis XIV became absolute ruler of France and began his wars against the Spanish and Dutch. At home he had no time for religious toleration such as that shown by the Edict of Nantes. This was a decree passed by Henry IV in 1598 (L1) granting a great deal of religious and political freedom to the Huguenots. These concessions had been drastically reduced by Cardinal Richelieu in 1629, but remnants remained. To rid his nation of religious dissidents once and for all, in 1685 Louis XIV revoked the edict, probably at the instigation of one of his mistresses, the devout Roman Catholic Madame de Maintenon (who later became his second wife). As a result, to avoid persecution hundreds of thousands of Huguenots fled to the neighbouring Protestant states of England, Germany and the Netherlands, whilst others started a new life in North America or South Africa, and some took refuge in the French region of Cevennes. As many were skilled in trades and commerce, these immigrants proved an asset to their new homelands, but their departure was a serious blow to the French economy. 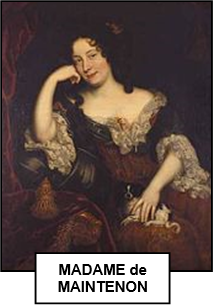 xxxxxAs we have seen, it was in 1661 (C2) that Louis XIV took over the reins of government and made himself the absolute ruler of France. From his sumptuous palace at Versailles he presided over all matters of state. In the first twenty years of his long reign he waged war against the Spanish and the Dutch, whilst at home he kept strict control of the nobility, and ensured that his authority was unquestioned in provincial as well as central government. He sought advice when needed from those dependent upon him, such as his right-hand man Jean Baptiste Colbert, and his long line of mistresses. Among his lady friends was Madame de Maintenon, a devout Roman Catholic who later became his second wife. Her political influence was considerable, and it has been suggested by some that it was through her that in October 1685 Louis revoked the Edict of Nantes.

xxxxxThe Edict of Nantes, you may remember, was a decree by which Henry IV of France granted the Huguenots (French Protestants) a great deal of religious and political freedom. It was made in 1598 (L1) at the end of the French Wars of Religion, a series of bitter conflicts between Catholics and Protestant which had raged across France for nearly forty years. The Edict granted liberty of conscience to all. Thus the Huguenots were able to build their own churches and hold their own services (except in a number of special areas), and their pastors were paid by the government. They were all permitted to hold government offices and certain positions in places of learning, and courts were set up to deal with disputes. In addition, they were granted fortified cities, like La Rochelle and Montpellier, for a period of eight years in order to defend their rights if the need arose.

xxxxxAs one might expect, not all these provisions were fully implemented, and much hostility and resentment remained between the two communities. Then in 1629 Cardinal Richelieu (illustrated), the able chief minister of Louis XIII, took direct action against the Huguenots, whom he regarded as potential enemies of the state. He captured La Rochelle, one of their strongholds, and amended the edict, reducing many of the civil liberties that had been granted to them. Then came Louis XIV and an anti-Protestant campaign which culminated in the final withdrawal of all their religious and political concessions.

xxxxxThe revocation of the edict was but the final act in a series of measures taken by Louis XIV to bring about the conversion of the Huguenots. While his armies had been battling it out against the protestant Dutch during the best part of the 1670s, he had been mercilessly tightening the screw on his religious dissenters. In practice, by 1685 there was very little of the charter left to revoke, but the very act of revocation ended any hope of the smallest measure of compromise or conciliation. The net result was a mass exodus of Huguenots. Estimates of the numbers involved varies widely from 200,000 to 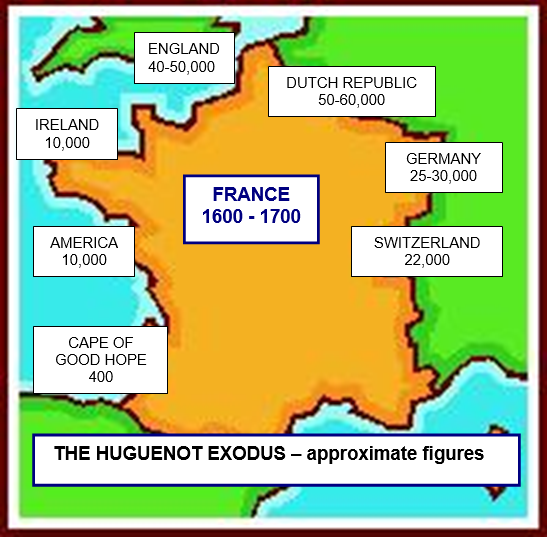 close on a million. Perhaps the figure lies somewhere in between. What is certain is that hundreds of thousands fled to the neighbouring Protestant states of England, Germany and the Netherlands, and some made a new life in the English colonies of North America or at the Cape of Good Hope. A large number also took refuge in the French region of Cevennes where later, as we shall see (1702 AN), they waged guerrilla warfare against the king's forces.

xxxxxFor the vast majority of his Roman Catholic subjects, revocation of the edict was a popular and, in their view, long overdue measure, but the departure of such a vast number of their compatriots - many skilled in trades and commerce - was a bitter blow to the country's economy. Many towns suffered the loss of hundreds of commercial and technical workers, particularly in the weaving industry. Furthermore, this tangible act of religious persecution strengthened the resolve of Protestant Europe to resist further territorial advance by the French king. Thus when, as we shall see, he sent an army into the Rhineland in 1688, he found himself faced with a sizeable and resolute alliance known as the League of Augsburg or the Grand Alliance.

xxxxxIncidentally, the Huguenots who came to England settled for the most part in three main areas. The largest group came to live in Spitalfields, a district in the East End of London, where weavers specialised in the making of fine brocades and silk damask. The other areas of substantial settlement were in Norwich in Norfolk and Braintree in Essex. On the continent, a large influx of refugees into Prussia played a vital part in stimulating the growth of that country's industry. ...... 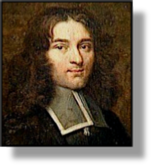 xxxxx…… Andxworthy of mention here is the French philosopher Pierre Bayle (1647-1706), a French protestant, who came out strongly against the Revocation. A prominent man of letters, his major work, An Historical and Critical Dictionary, begun in 1696, called for religious toleration and anticipated the work of the Encylopedists and the development of the Enlightenment. 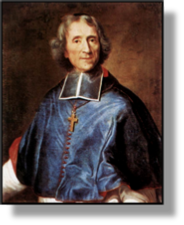 xxxxxAnd there were some influential French Catholics who opposed the revoking of the Edict of Nantes. For example, the churchman and writer François de Fénelon (1651-1715), whilst denouncing Protestantism, opened meetings with the Huguenots in an attempt to soften the blow, and he strongly denounced the idea of forced conversions. Such a policy, together with his treatise Les Aventures de Télémaque of 1699 - which openly criticized certain aspects of Louis XIV’s government - made him enemies both at court and in the church. He was at one time tutor to the Duc de Bourgogne, the king’s grandson and heir, and in 1687 he wrote an innovative treatise on the education of girls. He was appointed archbishop of Cambrai in 1695, but he then became embroiled in controversy with the theologian Jacques Bossuet over the validity of mystical prayer (known as “Quietism”). His Maximes des Saints of 1697 in support of this doctrine was condemned by the pope and he was exiled to his diocese.

xxxxxThe French essayist Jean de La Bruyère (1645-1696) won fame with his The Characters, published in 1688. Containing a series of satirical pen-portraits on the eminent people of his day, it provided a critical insight into French high society in the closing years of the 17th century. 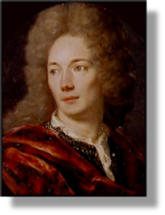 xxxxxIn 1688, three years after the revocation of the Edict of Nantes, an excellent and highly critical account of French high society in these closing years of the 17th century was given by the French essayist Jean de La Bruyère (1645-1696). He was born in Paris and became a civil servant after studying law, but in 1684 he was appointed tutor to the grandson of the French commander the Prince of Condé. Four years later, having gained an insight into life in high society, he produced his Les Caractères (The Characters), a work which, apart from containing a series of satirical pen-portraits of eminent contemporaries, opened a revealing window on aristocratic life, its strict conformity, its obsession with money, and its idle o 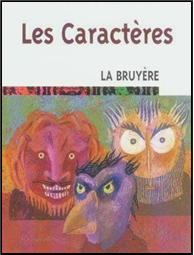 ccupation with the dictates of fashion.

xxxxxHis Les Caractères, was hardly designed to win over new friends. Although he did not identify his character assassinations by name, they were not over difficult to recognize, and readers of his work were not slow in putting names to this or that description. So popular was this past-time that no less than nine editions had been published by the year of his death. Written in a trenchant, witty and colourful style, it is seen today as one of the masterpieces of French literature. His work had a particular influence on his fellow countryman, Montesquieu, and the two English writers Addison and Steele.