END OF THE SECOND ANGLO-MYSORE WAR

xxxxxAs we have seen, the second of the Anglo-Mysore Wars broke out in 1780. The Mysore leader, Hyder Ali, supported by the Nizam of Hyderabad and the Marathas, defeated the company’s forces at Madras, and seized the Carnatic, a strip of land along the east coast of India. However, Warren Hastings, the governor-general, sent reinforcements to Madras and worked to divide his enemies. This enabled him to defeat Hyder Ali at the Battle of Porto Novo in 1781 and, following the Mysore leader’s death the following year, to come to terms with his son Tippu Sahib. In 1784 the status quo was restored by the Treaty of Mangalore, but, as we shall see, two more wars were yet to come. The end of the Anglo-Mysore Wars was not until the British stormed Seringapatam in 1799 and Tippu Sahib was killed in the fighting. 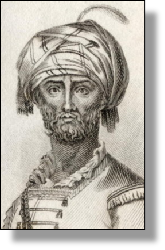 xxxxxAs we have seen, the dispute between the British and the State of Mysore in southern India began as far back as 1769, and was centred around an attempt by the Mysore leader, Hyder Ali (illustrated), to seize the British trading post (or factory) at Madras. The second of the Anglo-Mysore Wars broke out in 1780, and proved an even greater threat. This time, assisted by the Nizam of Hyderabad and the Marathas, he again attacked Madras and, having defeated the company’s forces, overran and devastated the Carnatic, a strip of territory along the east coast of India.

xxxxxThat the British finally won the conflict was due in large part to the military direction and the skilful diplomacy of the then governor-general Warren Hastings. He sent forces to save Madras, and then set about creating divisions within the ranks of his enemies. This enabled him to defeat Hyder Ali at the Battle of Porto Novo in 1781, and following the Mysore leader’s death in 1782, to make peace with his son Tippu Sahib. By the Treaty of Mangalore in 1784 the status quo was restored.

xxxxxFive years later, however, Tippu Sahib was again at war with the British, this time for allegedly attacking their ally, the Raja of Travancore. Tippu was eventually forced to submit in 1792 but, as we shall see, it was not until 1799 that he was finally defeated and killed during the capture of his capital Seringapatam. The British then took control of his state and the Anglo-Mysore Wars came to an end.

xxxxxThe India Act was passed in the same year as the Treaty of Mangalore (1784), and this took much of the administrative power away from the East India Company. As we have seen, the Company was formed in 1600 (L1), and gradually gained control over much of the Indian subcontinent, especially after the final defeat of their rivals, the French, at the Battle of Wandewash in 1761. By the end of the 1760s, however, bribery and corruption was rife in the company, and the British government began a series of moves to bring this vast land more under its control. After various measures had met with limited success, the India Act was passed in 1784. This set up a Board of Control which carefully monitored the Company’s activities, could veto its decisions, and had powers to dismiss company officials. By the 1830s the company had lost its commercial role and was merely an agent of the Crown. However, as we shall see, it was not until 1858, after the Indian Mutiny of 1857 (Va), that the company was finally closed down.

xxxxxIn the same year as the Treaty of Mangalore (1784), the British government, under the leadership of its new prime minister, William Pitt the Younger, passed the India Act. This created a government Board of Control tasked with overseeing the political, military and financial affairs of India, hitherto exercised almost entirely by the British East India Company. 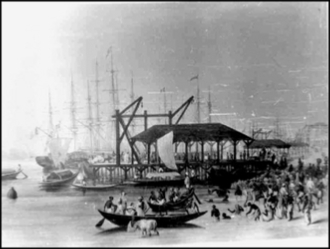 xxxxxAs we have seen, it was in 1600 in the reign of Elizabeth I that the East India Company was formed. The major trading forts were established at Madras, Bombay and Calcutta (illustrated), and by the 1650s over 20 of these “factories” (as they were called) were up and running. For some years in the 18th century the company’s exclusive trading rights were challenged by the French, but Robert Clive’s victory over them at Arcot in 1751, along with their decisive defeat at the Battle at Wandewash in 1761 and the capture of their base at Pondicherry the following year, gave the company a free hand. Within a few years it controlled vast areas of the subcontinent, either by direct rule or through a network of alliances with local princes. 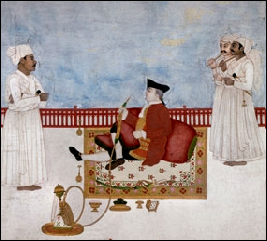 xxxxxTowards the end of the century, however, a series of moves were taken by the British government to bring this vast new territory progressively under the authority of the Crown. Quite apart from the daunting task of administrating such a huge and diverse population, there was growing concern at home, and questions were being asked, about the culture of bribery and corruption within the company itself. In the India of this time, where a myriad of small principalities were vying with each other to retain or improve their position, there was ample opportunity for double-dealing in both politics and commerce. In the extremely wealthy state of Bengal in particular, where the company had the right to collect revenue, there was wholesale plunder during the 1760s. Thus whilst the company and its territories slid towards bankruptcy, most of its officials grew exceedingly wealthy, coming to be known as “nabobs” (today’s “fat cats”). 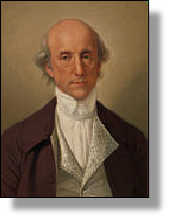 xxxxxIn their periods as governor of Bengal, both Clive in the mid-1760s and Hastings in the early 1770s attempted to improve the company’s administration. Hastings (illustrated) in particular reformed the justice system throughout Bengal, and made moves to bring the collection of taxation under more stringent supervision. At the same time, the government’s Regulating Act of 1773 gave him authority over both Bombay and Madras. Then the following year, to tighten central control still further, Hastings was appointed India’s first governor general, but his term of office proved a disaster as far as improving the administration was concerned. He possessed no power of veto, and this led to bitter in-fighting among the five members of the council, virtually putting a stop to any decision making.

xxxxxIt was doubtless for this reason that Pitt’s India Act was passed in 1784, the year before Hastings’ retirement. The Board of Control it set up was given jurisdiction over the governor-general, and the power to dismiss company officials. The President of this Board virtually became the minister for India. The company’s directors were obliged to work through the board via a sub-committee, and their dispatches to India could be amended and even stopped. In India, the governor’s council was reduced to three, and made more workable by giving the commander-in-chief the right to veto - a power which Hastings had not enjoyed and had badly missed. And to ensure that sound government was maintained, provisions were made for a parliamentary inquiry into the affairs of the company every 20 years, prior to the renewal of the company’s charter. 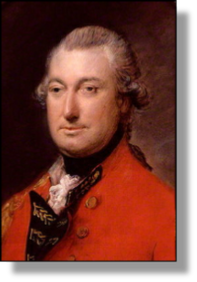 xxxxxIt fell to the next governor-general, Lord Cornwallis (illustrated), veteran of the American War of Independence, to begin to transform the company from a commercial enterprise into a purely administrative body. Later, in the review of 1813, the Company’s monopoly of Indian trade was abolished, and in 1833 it lost its trading activities altogether. By this time the government’s political control had been extended over most of the sub-continent, and the company was fast becoming nothing more than a managing agency for the Crown. However, as we shall see, it was not until 1858, following the Indian Mutiny of 1857 (Va), that the government took over complete control of India, and the Company’s large military force was incorporated into the British army.

xxxxxIncidentally, at the government’s first review of the company, held in 1793, an attempt was made to compel the company to support missionary work in India. The company rejected the idea, and it was for this reason that the Society for Missions in Africa and the East was formed in 1799, renamed the Church Missionary Society in 1812. ……

xxxxx…… Andxit was in 1793 that the Englishman William Carey (1761-1834), one of the founders of the Baptist Missionary Society, set up a mission near Calcutta. He spent the rest of his life in India and translated the bible into six Indian languages, including Sanskrit.