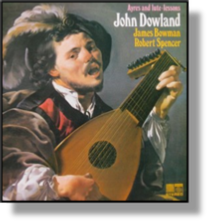 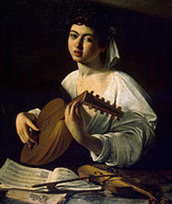 xxxxxOne of the most accomplished lute players around at this time was the Irishman John Dowland (1562-1626) (illustrated). He held a number of posts on the continent, including some eight years as lutenist to Christian IV of Denmark. He reached the height of his career in 1612, however, when he returned to England to become one of the lute players for James I and, later, Charles I. He also composed for the lute, and his first book of Songs and Ayres, written in 1597, was particularly successful. This book, together with three later collections, confirmed him as one of the best song writers of his time. In all, he wrote over 80 lute songs. (The Lute Player on the right is by the Italian artist Caravaggio.)

xxxxxDowland composed 90 works for solo lute, and he is also remembered for what many regard as his masterpiece, a collection of music entitled Lachrimae or Seven Teares Figured in Seven Passionate Pavans, composed in 1604 for lute, viols and violins. Such was the quality of his work that he gained an international reputation, both as a composer and as a performer on the lute.

xxxxxThe Irishman John Dowland (1562-1626) was an accomplished lute player for both James I and Charles I. As a composer he wrote over 80 lute songs and ayres, and 90 works for solo lute, and gained an international reputation for his collection entitled Lachrimae, composed in 1604 for lute, viols and violins.

xxxxxThe Italian composer Claudio Monteverdi played a major part in the development of opera, being the first to realise the dramatic possibilities of this musical form of expression. His first opera, The Legend of Orpheus, produced in 1607, employed a larger orchestra to set the scene and portray mood and emotion, and this proved an instant success. He followed this up with L’Arlanna a year later, and this confirmed opera as a serious addition to dramatic art. Later works, notably The Return of Ulysses to His Country and The Coronation of Poppea, centred around real people in real-life situations, set the pattern for European opera over the next three centuries. Monteverdi also wrote madrigals and motets, and produced music for ballet, state occasions and private functions. His sacred music included his Vespers of 1610 and his Great Mass of 1632, composed to celebrate the end of two years of plague in Venice. 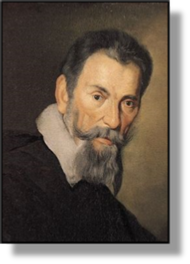 xxxxxThe Italian Claudio Monteverdi was born in Cremona, the son of a barber-surgeon, and studied music at the city's cathedral. He was then employed in the service of the Duke of Mantua for some twenty years before taking up his appointment as choirmaster and conductor at St. Mark's Cathedral in Venice. So famous was he by that date, that musicians came from all over Europe to study under his guidance. He was an accomplished player in stringed and keyboard instruments, but it was as a composer that he excelled and is best remembered. 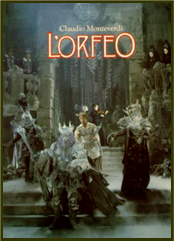 xxxxxHis major contribution to music was the paramount part he played in the development of the opera, then in its infancy and little regarded. His first opera, The Legend of Orpheus (L’Orfeo) produced at Mantua in 1607 for the city's carnival, proved a milestone in the creation of musical drama. By employing a larger and more varied orchestra to "set the scene" and portray mood and emotion, he was the first to realise the dramatic possibilities of this musical form of expression. Following his highly successful production of L'ArIanna a year later, his reputation in this genre was established, and opera became recognised as a serious addition to dramatic performance, and a form of entertainment no longer confined to the privileged minority. Two operas produced 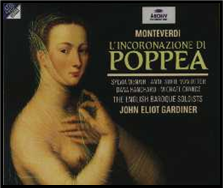 towards the end of his life, The Return of Ulysses to His Country and The Coronation of Poppea, (the latter performed in Venice's first public opera house in 1642), set the seal on his accomplishment. Centred around the activities of real people in real-life situations, their emotions captured and dramatised in voice and music, these works can rightly be regarded as the first tentative examples of modern opera. By them, Monteverdi set the pattern for European opera over the next three centuries.

xxxxxIn addition to operatic scores, he also wrote a large number of madrigals and motets, and produced compositions for ballet, plays, tournaments and state occasions, as well as for private functions and funerals. He began composing motets at the age of 15, and his first of eight books of madrigals was written in 1587. His sacred music is perhaps best remembered for his popular Vespers of 1610, but this was but one of his many fine vespers and masses. Worthy of particular note is his Great Mass of 1632, written to celebrate the end of the plague which had ravished Venice for two years. He died in Venice, the city he had served so well, and was buried in the Church of Frari, where there is a monument to his memory. 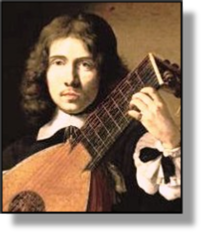 xxxxxAnother musician of this period was the Englishman Thomas Campion (1567-1620). He first studied law and then became a successful London physician, but he is best remembered today as a composer and poet. He wrote more than one hundred songs, both text and music, and these proved popular for their simplicity and delicacy. Among his lyric poems which he set to music is an early version of the well-known song Cherry Ripe. He also wrote words and music for four masques, and he was an accomplished lute player. By about 1617 he had composed four books of Ayres for lute and voice. He wrote a treatise on musical theory in 1613, A New Way of Making Fowre Parts in Counterpoint, and, as a poet, he produced Observations on the Art of English Poesie in 1602, a work in which he argued against the use of rhyme in poetry - whilst not practising what he preached! 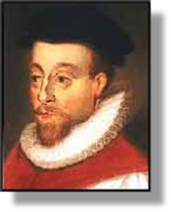 xxxxxAnother English composer during this reign was Orlando Gibbons (1583-1625). Born into an Oxford family of musicians, he began his musical career in 1604 as organist of the Chapel Royal. He then became one of the king's "musicians for the virginalles" in 1619 and, four years later, was appointed organist at Westminster Abbey. Whilst in the royal service he officiated at the funeral of James I and accompanied Charles I when he travelled to Dover to meet his young French bride, Henrietta Maria.

xxxxxHe is famed above all for his forty or so sacred anthems - providing as they do a glorious contribution to Anglican church music - and for his Madrigals and Motetts in Five Parts, composed in 1612 and containing the well-known The Silver Swan for five voices. His work for the virginal (harpsichord) included pavans as well as variations on the well-known tunes of his time. An earlier work, Fantasies in Three Parts, composed for voice and viols, included a piece based on the traditional cries of the street peddlers of London. By the end of his musical career he had become one of England's most accomplished organists and virginalists. He died at Canterbury in 1625. 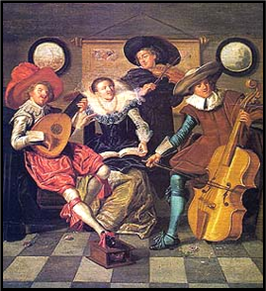 xxxxxIncidentally, it was around this time (the early years of the 17th century) that an English Catholic named Francis Tregian the Younger (1574-1619) is believed to have produced a vast manuscript collection of Elizabethan and Jacobean keyboard music, some 300 compositions in all and including works by William Byrd. This valuable collection of early keyboard music was later acquired by Richard, 7th Viscount Fitzwilliam of Merrion (1745-1816). He bequeathed it to Cambridge University (where it is known as the Fitzwilliam Virginal Book) when he donated his collection of paintings and medieval manuscripts to the university in 1816, and founded the Fitzwilliam Museum. (Thexpicture on the left is entitled The Musicians, and was painted in 1623 by the Dutch artist Dirck Hals, younger brother of the famous Frans Hals.)

xxxxxAnother English composer at this time was Orlando Gibbons (1583-1625). He was an organist at the Chapel Royal from the age of 21, and during his musical career gained fame for his forty or so sacred anthems, and for his collection of Madrigals and Motetts in Five Parts, composed in 1612. His work for the virginal (harpsichord) included pavans and variations on the popular tunes of his time. Notable here are his Fantasies in Three Parts, which includes a piece based on the cries of street peddlers.