xxxxxThe “man in the iron mask” was almost certainly a French political prisoner some time before 1681, during the reign of Louis XIV. He was transferred to the Bastille in Paris in 1698 and died there five years later. Suggestions as to his identity have ranged from an English nobleman, a son or brother of the king, a minister in the service of the Duke of Mantua, and even the French writer Molière. The most likely candidate was a valet called Eustache Dauger who, whilst in prison in Pinerolo in Piedmont, learnt of some incriminating evidence against his former master Louvain, one of the king’s ministers. For this reason he was sent to the Bastille, his face masked (probably made of black velvet!) to conceal his identity. The 19th century French novelist Alexandre Dumas wrote a fictitious story based on this event. 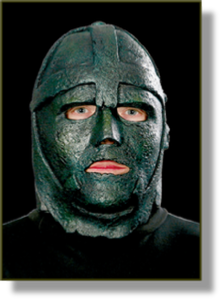 xxxxxThe identity of the so-called "man in the iron mask" remains a mystery to this day. He was almost certainly a French political prisoner, and it seems fairly certain that he was taken into custody sometime before 1681, during the reign of Louis XIV, and imprisoned at Pignerol in Piedmont. He was then taken to other prisons before being transferred to the Bastille in Paris in September 1698. He died there five years later. When buried the following day in the cemetery of Saint-Paul he was registered under the name of "Marchioly" and his age was given as "around 45". It would appear that, whoever he was, he was assigned what we would call today a "minder". A prison governor named Benigne D'Auvergne de Saint Mars accompanied his every move.

xxxxxFrom the time of his captivity various suggestions as to his identity have been made. Over the years these have ranged from an English nobleman, Louis de Bourbon, a son of Louis XIV and his mistress Louise de La Vallière, an elder brother of Louis XIV, and even the French writer Molière (allegedly imprisoned by the Jesuits because of his attack upon them in his novel Tartuffe!).

xxxxxThere are, in fact, two likely "candidates": Ercole Matthioli and Eustache Dauger. In 1678 Matthioli, a minister in the government of Ferdinand Charles, Duke of Mantua, conducted a secret treaty with the French whereby the stronghold of Casale was to be given over to France in return for 100,000 écus. No sooner was this agreement signed, however, than Matthioli gave details of the settlement to a number of foreign courts. Louis XIV, furious at this betrayal, had him seized and imprisoned at Pignerol in 1679. At this point, however, the trail goes cold. It is generally agreed that there is sufficient evidence to confirm that Matthioli died in the Îles Sainte-Marguerite in April 1694.

xxxxxBecause of this, the case for Eustache Dauger is perhaps the more plausible of the two. According to letters written by Louvois, one of Louis XIV's ministers, in July 1669, he had a valet named Dauger arrested near Dunkirk for an undisclosed crime. He was sent to the castle at Pignerol and while there served as a valet to a fellow prisoner by the name of Nicholas Fouquet. Later, following the death of Fouquet in 1680, he was kept in close confinement with an inmate who had also served Fouquet. Now it is known that Fouquet was an enemy of Louvois. He might well have had certain incriminating evidence against him, evidence which he could easily have disclosed to Dauger. It was perhaps for this reason, therefore, that Louvois had Dauger sent to other prisons and then - known as the “Ancient Prisoner” - transferred to the Bastille, his face masked in order to conceal his identity. 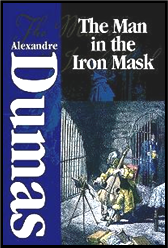 xxxxxIncidentally, the French writer Voltaire later popularised the idea that the masked prisoner was an elder brother of Louis XIV. In the 19th century this improbable suggestion was taken up by the French novelist Alexandre Dumas, and provided the story line for his Dix Ans plus tard ou le Vicomte de Bragelonne, completed in 1850 - and later translated into English under the title The Man in the Iron Mask. In fact there is no evidence at all to suggest that the mask was made of iron. This was doubtless introduced for dramatic effect. It was more likely made of black velvet.