xxxxxThe English adventure writer Frederick Marryat served for thirty-eight years in the Royal Navy, and many of his tales are about life at sea. He wrote his first book in 1829, and this proved so successful that he retired from the navy the following year to concentrate on the writing of novels. His best known works are Mr. Midshipman Easy of 1836 and his Children of the New Forest, published in 1847, a work which has become a classic in children's literature. Among his other tales of adventure were Peter Simple, The Phantom Ship, Masterman Ready, and Settlers in Canada. His success was due to his racy, lucid narrative and his action-packed plots, often laced with touches of humour. His sea stories influenced the English novelist Joseph Conrad. 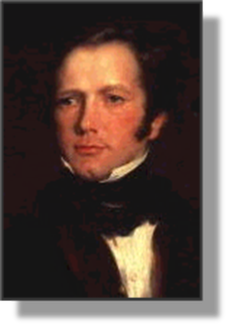 xxxxxThe much-loved adventure story Mr. Midshipman Easy, was published by Frederick Marryat in 1836. An English naval captain, he used his own varied experience to write this rollicking and humorous yarn about life at sea. It proved a best seller, as did a later work of 1847, The Children of the New Forest, an exciting tale set in the time of the English Civil War.

xxxxxMarryat was born in Westminster, London. He was not particularly happy at school, and ran away a number of times in the hope of going to sea. Eventually, at the age of fourteen, his father, a member of parliament and chairman of the insurance company Lloyds, got him a place on the frigate Imperieuse. It was a life to which he was admirably suited, and he made quick progress in his chosen career. He was promoted to the rank of lieutenant in 1812, and took command of his own ship, the Beaver, in 1820. For a time he patrolled the waters around the island of St. Helena, but with the death of Napoleon in 1821 he was posted to South-East Asia and took part in the sea-borne expedition which captured Rangoon during the First Anglo-Burmese War of 1824. He was made a captain the following year. 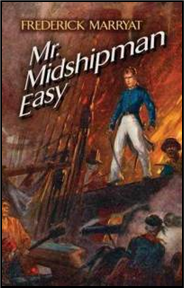 xxxxxWhile at sea he turned his hand to writing and, after gaining some success with his first book in 1829, The Naval Officer (or Scenes and Adventures in the Life of Frank Mildmay), he resigned from the navy the following year and began writing articles and novels. He took advantage of his newly-found freedom to tour America and Canada - keeping a log of his experiences - and eventually retired to a farm in Norfolk. There he concentrated on writing children’s books.

xxxxxAmongst his other works were the sea adventures Peter Simple of 1834, The Phantom Ship of 1839, and Masterman Ready, published in 1841. The Settlers in Canada, produced three years later, was a product of his travels in North America. On his retirement he wrote a number of children’s books, among which was the well-known historical romance Children of the New Forest of 1847, a story set amid the troubled times of the English Civil War which has become a classic in children’s 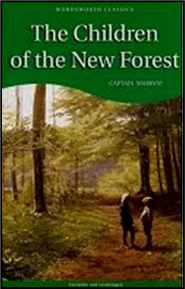 literature. His success as a novelist of adventure tales - often with a nautical flavour - was due to his racy, down-to-earth narrative, and an action-packed plot laced with touches of humour. His sea stories influenced the writing of the English novelist Joseph Conrad.

xxxxxDuring a distinguished career in the navy, he made out a strong case for the abolition of the press-gang method as a means of recruitment. Contained in his pamphlet of 1822 entitled Suggestion for the Abolition of the Present System of Impressment in the Naval Service, it was sympathetically received in some quarters of the naval hierarchy of that time. (And while serving in the Burma war of 1824, it was at his suggestion that the Diana was used, the first time a steamship was employed on active service)

xxxxxIncidentally, Marryat’s writings produced a number of well-known expressions, including “to paddle your own canoe” (from Settlers in Canada) and “as savage as a bear with a sore head” (from The King’s Own).