xxxxxAs we have seen (1661 C2), by the Treaty of Nijmegen in 1678 Louis XIV was at the height of his power. He had strengthened his north-eastern border, and he ruled as an absolute monarch from his palace at Versailles. However in 1685, by revoking the Edict of Nantes, he caused much economic hardship, and stirred up a revolt by the Camisards. Furthermore the League of Augsburg was formed against him, followed by the Grand Alliance. In the War of the Spanish Succession which started in 1701 the Allies, led by Eugene of Savoy and the Duke of Marlborough, won a string of victories at Blenheim, Ramillies, Oudenaarde (1708), and Malplaquet. Eventually fate took a hand. Emperor Joseph of Austria died and this meant that the allies’ candidate for the Spanish throne would also be leader of Austria as Charles VI. To stop this happening, the members of the Grand Alliance quickly made peace with France at the Treaty of Utrecht in 1713, Louis promising that France and Spain would never be united. Two years later he died, worn out by constant wars. He had taken his country to the height of its power, but he had pushed it to the brink of bankruptcy. France appeared strong and united, but as an absolute ruler he had isolated the monarchy from its people, and this was to have dire consequences for the future. 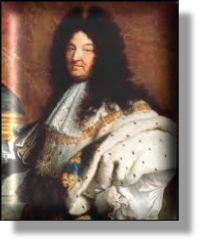 xxxxxAs we have seen (1661 C2), with the signing of the Treaty of Nijmegen in 1678, Louis XIV was at the height of his power. Despite some early setbacks, he had considerably strengthened his north-eastern border by taking the Spanish possession of Franche Comté, together with sixteen fortified towns in Flanders (see map below). From his sumptuous palace at Versailles he ruled as an absolute monarch, the envy of every royal house in Europe. And he was still casting his eyes around for greater glory.

xxxxxIn 1685, however, he stirred up a hornet's nest at home. By revoking the Edict of Nantes, he denied the Huguenots their last vestige of religious freedom, already whittled down over the years. To escape persecution, thousands of Huguenots - many of them skilled artisans - fled to neighbouring Protestant countries or sought refuge in South Africa or the English colonies in North America. And the revocation not only proved a serious blow to the economy of the country, but it also ignited a revolt in the Cevennes region of southern France. Here the rebels, known as Camisards, kept a large French army pinned down for over four years at a time when the country needed all the men it could muster. The rebellion was not completely crushed until 1710.

xxxxxFurthermore, this action against the Huguenots stiffened resistance to Louis amongst the Protestant countries of Europe. When, in 1688, he sent an army into the Rhineland to seize the Palatinate - his next war of aggrandisement - he was faced with a resolute alliance known as the League of Augsburg - later supported by England and Holland and becoming known as the Grand Alliance. Despite some success in the land battles, this War of the Grand Alliance revealed serious weaknesses in his armed forces - caused in part by a growing war-weariness - and in 1697, following a serious defeat at sea, Louis was forced to accept the Treaty of Ryswick. By this treaty France had to give up all conquests made since 1678, and to accept William III as the lawful, Protestant king of England. It was quite a climb down, but there was more humiliation to come. 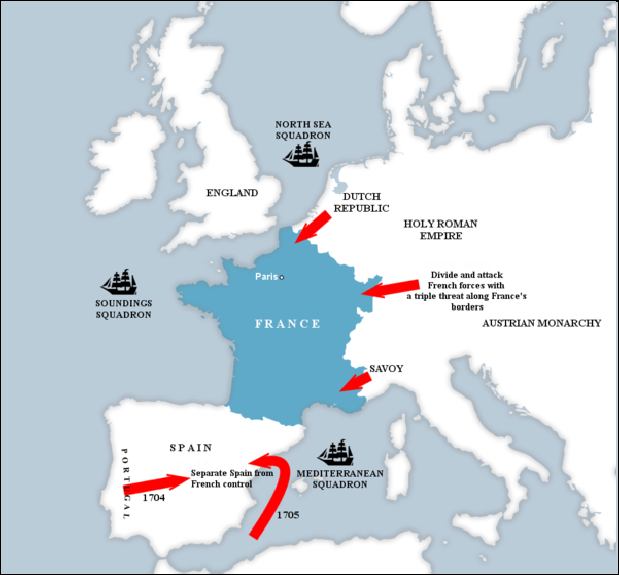 xxxxxIn 1701 Louis entered into his final, longest and bloodiest conflict, the War of the Spanish Succession. By accepting the Spanish crown on behalf of his grandson, following the death of Charles II, he alarmed the rest of Europe by the sheer size and potential power of his family's empire, over-seas as well as at home. A coalition of European powers - another Grand Alliance - was formed and, over the next nine years, as we have seen, this won a series of victories over the French, due mainly to the joint leadership of two outstanding generals, Prince Eugene of Savoy and the English soldier the Duke of Marlborough. The French were not without their success, but the major battles, those of Blenheim, Ramillies, Oudenaarde and Malplaquet, were won by the Allies. After Oudenaarde in 1708, Louis sued for peace, but negotiations dragged on for the next three years, held up by Louis' refusal to turn his army against that of his grandson, the Spanish king, Philip V. It is hardly surprising that Louis should seek an end to the war. As the map above shows, he was up against a formidable alliance in a war he was not likely to win.

xxxxxThen in 1711 fate took a hand, and events turned in his favour. With the death of Emperor Joseph of Austria, and his succession by Charles VI - up till then the favoured candidate for the Spanish throne - there was a real fear on the part of the Grand Alliance that Austria would then emerge as the predominant power in European affairs - like the empire of Charles V had been in the sixteenth century. The French - seriously weakened by war and seeking a settlement - now seemed a preferable country with whom to deal. The Grand Alliance was dissolved, and each member made peace with France. The result, as we shall see, was the Treaty of Utrecht of 1713. Louis XIV's grandson kept the Spanish throne, but only on the understanding that the two kingdoms of France and Spain would not be united. 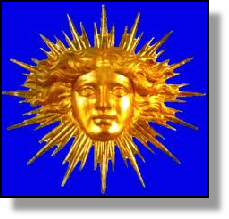 Utrecht, Louis died, worn out by his exertions and suffering from a fever and gangrene. We are told that his dying words were "I depart, France remains". This was clearly so, but the France he left behind was not in good shape. Conflict and extravagance had brought it to the brink of bankruptcy. As noted earlier, his glittering court did much to advance the arts - the theatre, the visual arts, literature and architecture. His reign saw a great flowering of French culture, a period of sound administration, and a magnificent example of absolute monarchy. At the same time, however, his constant wars of aggression, even if carried out with the defence of France in mind, eventually took their toll on the nation. And his religious intolerance played its part. He had taken his country to the height of its power, but he had also pushed it to the brink of collapse. Furthermore, by governing from his palace in Versailles, absolute and detached, he divorced the monarchy from its people, and that was to have dire consequences for France in the long term.