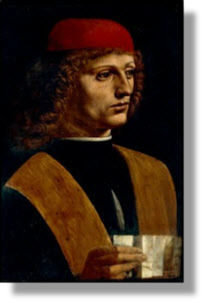 xxxxxJosquin des Prez, regarded by many as the most influential composer of the Renaissance period, was probably born in the Hainaut region of modern Belgium and received his training at Cambrai. During a distinguished career, he was a singer at Milan cathedral, and was in the service of the Sforza family until he became a papal singer in Rome in 1486, remaining there for six years. It is likely that he also worked for some time in the Chapel Royal of Louis XII of France and at Cambrai cathedral. It is known that he travelled to France, Italy and the Low Countries in the opening years of the 16th Century. He returned to Hainault in May 1504 and remained there for the rest of his life, serving as provost of the church at Condé.

xxxxxHe composed twenty masses, all attesting to his mastery of the varied techniques of his day, and his secular compositions included some seventy multi-voiced French chansons. His works were widely published during and after his lifetime, and they set a high standard in their musical style and the union achieved between words and music. The church reformer Martin Luther was a great admirer of his compositions. 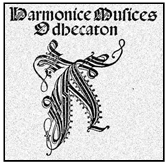 xxxxxIncidentally, worthy of mention here is the Italian music printer Ottaviano Petrucci (1466-1539) whose Odhecaton, a collection of 96 chansons, produced in 1501, was the first book of polyphonic music to be printed. He eventually printed over 60 pieces of music - motets, masses and chansons - by the leading composers of 15th century - including works by Josquin des Prez - and in 1507 he also published the first book of printed music for the lute.

xxxxxJosquin des Prez, one of the most influential composers of the Renaissance period, was born in modern Belgium. He travelled to France, Italy and the Low Countries during his career. From 1486 to 1492 he was a papal singer in Rome. His compositions included 20 masses and 70 multi-voiced French chansons. His music set a high standard, and was much admired by the church reformer Martin Luther.