xxxxxThe Scottish geologist James Hutton, regarded as the founder of geology, travelled widely in order to inspect a variety of rock formation. His research led him to reject the doctrine of Neptunism, the idea that the earth’s physical features were created by some sudden upheaval, like flooding or an earthquake. Instead, he put forward the Plutonist theory, arguing that certain types of rock had been in a molten state, and had gradually cooled down over millions of years, amid violent eruptions (geomorphology). He published this idea in his major work Theory of the Earth, completed in 1785, but, seen as anti-Christian, it was many years before this theory was accepted. It was left to two of his fellow countryman to do the convincing - John Playfair in his Illustrations of the Huttonian Theory in 1802, and Charles Lyell in his Principles of Geology, completed in 1833 (W4). 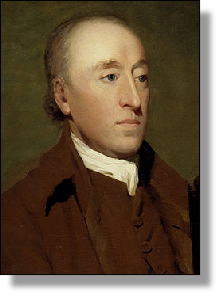 xxxxxThe Scottish geologist James Hutton is generally regarded as the founder of geology, though his theory concerning the gradual evolution of the Earth’s landforms (geomorphology) took some years to win favour. He was born in Edinburgh and, after attending the city’s university, became a lawyer’s apprentice. He found the work boring, however, and within a year he had left to study medicine, first in Edinburgh and then at Paris and Leiden. He gained his M.D. in September 1749, but soon afterwards turned to farming in Berwickshire. Here he developed a cheap method of producing sal ammoniac, and this earned him such a good income that in 1768 he decided to return to Edinburgh and put his mind to scientific research. 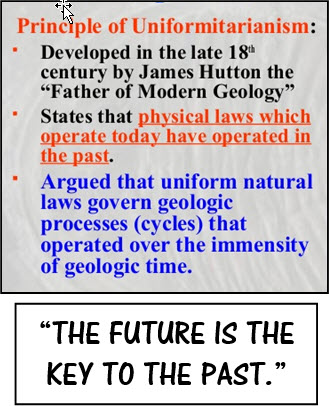 xxxxxOver the next few years he studied science in his own time, and travelled widely, inspecting rock formations and observing the long term effects of processes such as sedimentation and erosion. Then in 1785 he presented a number of papers to the Royal Society of Edinburgh based on his findings. In these papers he denounced the doctrine of Neptunism, the belief that the Earth’s geological features were the result of abrupt, violent changes, like floods and earthquakes. In its place he put forward the Plutonist theory, maintaining that, at one time, certain types of rock had clearly been in a molten state, and had cooled down at varying rates, causing a succession of violent upheavals - including volcanic action - over millions of years. Thus, in his view, the earth could be regarded as a sort of “heat machine”, made up of a mass of these “igneous” rocks, and covered in part by a thin layer of weathered material.

xxxxxThree years later, in 1788, two of these papers were published in the Transactions of the Royal Society of Edinburgh under the title Theory of the Earth. In this essay - expanded to a work of two volumes in 1795 - he defined more precisely what he called “uniformitarianism”, maintaining that past events could be explained in terms of processes that were currently at work. He argued, for example, that according to the rock record, the processes of erosion and sedimentation to be seen in his time had been in operation, in fact, over millions of years. Indeed, so long was this time scale, that it was quite impossible to calculate the age of the Earth, there being “no vestige of a beginning and no prospect of an end”.

xxxxxBut this theory was fiercely resisted, particularly on Christian grounds. Although much data had already been gleaned concerning rock formation, and the significance of strata and fossils, each aspect had been virtually studied in isolation, not as part of an overall theory of geology. As a result, it was still generally believed that the Earth had been created no more than some 6000 years ago, its visible rocks having been formed out of the huge quantities of minerals which had been deposited in the course of a great flood. And to a very large extent, this strict biblical interpretation of creation - set out in the book of Genesis - held firm. Hutton’s work, though well researched and circulated quite widely, was tortuous in its reasoning and, as a consequence, attracted limited interest. 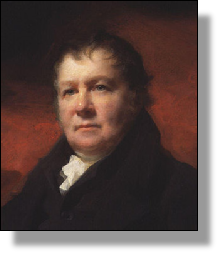 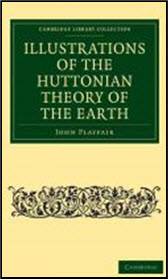 xxxxxItxwas left to his friend, the Scottish geologist John Playfair (1748-1819) (illustrated), to explain in clearer and simpler terms the essence of uniformitarianism: that in studying geology the present was the key to the past. This he achieved in his excellent summary entitled Illustrations of the Huttonian Theory of the Earth, published in 1802. Nevertheless, it was to take another thirty years before Hutton’s theories - which made up the foundation of the modern science of geology - had become widely accepted, helped immeasurably, as we shall see, by their inclusion in Principles of Geology, completed in 1833 (W4) by his fellow countryman and geologist Charles Lyell.

xxxxxApartxfrom Playfair, Hutton numbered among his friends the Scottish chemist Joseph Black, and the Scottish geologist James Hall (1761-1832), the man who, by artificially producing various rock types in his laboratory, gave proof to Hutton’s theory that igneous rocks were produced by intense heat. 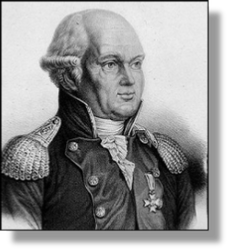 xxxxxIncidentally, the Neptunist school of geology was led by the German geologist and mineralogist Abraham Gottlob Werner (1750-1817). He became professor of mineralogy at the Freiburg mining academy in 1775, and remained on the staff for forty years, during which time the academy gained a world-wide reputation for its contribution to scientific learning. His classes were attended by students from all over Europe. As we shall see, his belief in the aqueous origin of rocks during the time when the Earth was completely covered by flood waters, was later supported by the French zoologist Georges Cuvier.