The Battle of Sluys

xxxxxBy the beginning of the 13th century, England’s only sizeable territory on the continent was Aquitaine in the south-west of modern France. In 1337 the French king, Philip VI seized Guyenne, part of this duchy, and, in response, Edward III laid claim to the French throne. This started the Hundred Years’ War, a series of intermittent conflicts between England and France, beginning in 1339. The first engagement, the naval Battle of Sluys, virtually destroyed the French fleet. This was followed by Edward’s resounding victory at the Battle of Crécy in 1346, and the Battle of Poitiers, ten years later, when an English army, led by Prince Edward, the Black Prince, again routed the French. By the Peace of Brétigny and the Treaty of Calais in 1360 all seemed settled, but four years later the new French king, Charles V, renounced the agreement, and this time the English expedition, commanded by the Black Prince, ended in total failure. Aquitaine was lost and the sack of Limoges in 1370 did much to discredit Prince Edward. A truce was eventually arranged by the Treaty of Bruges, leaving Edward III with but a few continental possessions. As we shall see, it was not until the reign of Henry V that the war was renewed and the Battle of Agincourt in 1415 (H5) rekindled English hopes of a kingdom on the continent.

xxxxxYou may remember that through inheritance and marriage, Henry II (1154-1189) had ruled over most of western France, his authority being recognised in a vast area which stretched from the Pyrenees to Normandy. Many of these possessions were lost during the reign of King John (1199-1216), but the south-west corner of it, part of the old duchy of Aquitaine, remained in the hands of the English king. In 1337, however, the newly-crowned King of France, Philip VI, seized Guyenne, part of Aquitaine. Edward responded by laying claim to the French throne itself - through his mother Isabel, daughter of Philip IV - and this made war inevitable. 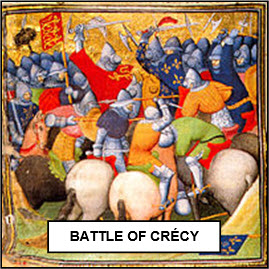 xxxxxThe so-called Hundred Years’ War that followed was, in fact, a series of conflicts which took place within a prolonged but intermittent struggle between England and France. The immediate causes of the war were clearly Philip VI’s designs upon Guyenne, and Edward’s claim to the French throne, but there were other contributory factors. The English feared, for example, that France might go to the assistance of the Scots in their renewed struggle for independence, and there was also a bitter trade rivalry going on between the two countries over the lucrative markets of Flanders. Of course, as we have seen, a struggle had been going on between the English and the French for some time past, but the conflict which broke out in 1339 was to prove a significant intensification of that struggle, and this may account for its exaggerated title. 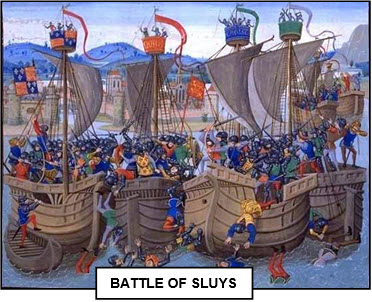 xxxxxThe first conflict was a naval one in which Edward himself took part. In 1340 at the great Battle of Sluys off the Flemish coast, the French fleet was all but destroyed, but due to shortage of funds - and this was to be a recurring theme - Edward was obliged to return home. Then in July 1346, together with his sixteen-year-old son Edward, the king landed in Normandy and marched north. He met up with and soundly defeated the French army at the Battle of Crécy, and went on to capture the port of Calais - always an important prize in the eyes of the English. The young Edward had won his spurs, and Edward the king returned home to a hero’s welcome and a round of feasts and tournaments.

xxxxxThe next onslaught came in 1355 when yet more money had been accumulated. While Edward mounted another expedition to Scotland, his son, now known as the Black Prince, returned to France and won the sensational Battle of Poitiers in 1356. Once again the French were routed, and this time the French king, John II, was himself captured. He was brought to England where, living in regal comfort, he agreed to terms that were so favourable to England that they were rejected out of hand by his nobles. Eventually, a more modest settlement was agreed at the Peace of Brétigny and the Treaty of Calais in 1360 by which Edward renounced his claim to the French throne but acquired the sovereignty of all of Aquitaine. 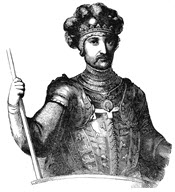 xxxxxAll seemed amicably settled, but it was not to be. In 1364 the new French king, Charles V, renounced the agreement. Once again an army was sent to France, under the command of Prince Edward, the Black Prince (illustrated) and his brother, John of Gaunt. This time the expedition ended in failure, not triumph. Aquitaine was gradually lost and the terrible sack of Limoges in October 1370 did much to discredit Prince Edward. The following year he fell ill and was forced to return home. He died five years later. Eventually a truce was arranged at the Treaty of Bruges in 1375 and this managed to keep the peace to the end of Edward’s reign. By then, despite the early victories, the king had little to show for his efforts. His only possessions of any importance on the continent were Calais, Brest, Bayonne and Bordeaux, and of these only Calais was to stay in English hands for any appreciable time. But, as we shall see, the battles of this reign were but the opening shots in a long, drawn-out conflict. In 1415 Henry V, renewing the English claim to the French throne, was to rekindle the war with his resounding victory at the Battle of Agincourt.

xxxxxAn account of the early part of the Hundred Years’ War was written by the French historian Jean Froissart (1338-1401), mostly from his own experience or eye-witness reports. Entitled Chronicles and made up of four books, it covers the major events of the reign of Edward III and his successor Richard II (1377-1399), and includes accounts of the Black Death and the Peasants’ Revolt of 1381. His history is generally regarded as reliable, but, in keeping with the times, he tended to emphasise the chivalry associated with battle. He also wrote a number of poems, including his long verse romance Méliador, and he possibly met the poets Geoffrey Chaucer and Francesco Petrarch when he visited Milan in 1368. 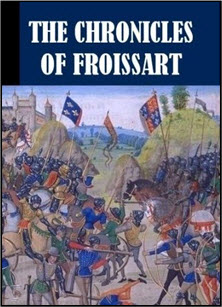 xxxxxAn excellent albeit chivalrous account of the Hundred Years’ War - or rather part of it - was supplied by the French historian Jean Froissart (1338-1401). As a scholar he moved around with the royal family, serving the English Queen, Philippa, as well as the king and his son the Black Prince. It was in the latter half of the century that he began writing his Chroniques (Chronicles), a series of four books which, when completed, covered the major events of the reigns of Edward III and his successor Richard II (1377 to 1399).

xxxxxHis account of the earlier part of this period is drawn almost entirely from the chronicles of Jean le Bel (c1290-1370), a Flemish soldier and writer who was one of the first to use the interview as a means of gaining information.

xxxxxFroissart’s own coverage begins with the Battle of Poitiers in 1356, and from then onwards most of the material is drawn from his own experience or from accounts of eyewitnesses. Detailed and colourful though these recordings were, he was always at pains to emphasise the chivalry that must be associated with the fight, as in his description of the Black Prince waiting at table upon the captive king of France after the Battle of Poitiers. 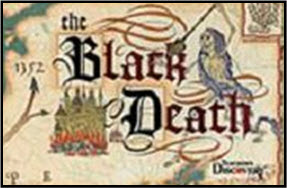 xxxxxA reliable and lively work, it provides one of the most important sources of information about the Hundred Years’ War, and it also covers other events in parts of Western Europe (such as Spain, Scotland and the Low Countries), including the Black Death. Despite being a Frenchman, it must be said that the chronicles appear to be unbiased, though he did revise the first book - that containing much of Jean le Bel's work - and the final copy was somewhat less favourable to the English cause.

xxxxxFroissart was also a poet, and in 1368 was in Milan at the same time as the English poet Geoffrey Chaucer and the Italian poet Frances Petrarch. His only works of note were his long verse romance entitled Méliador, and his poem of courtly love, L’Horloge amoureux. Later in life he entered the church and in 1385 was appointed a canon at Chimay in today’s Belgium. He died there in 1401 but, despite his fame, his tomb has never been discovered. As we shall see, among the events he described later in his work were the Jacquerie Uprising in France in 1358, and the Peasants’ Revolt which broke out in England in 1381 (R2).