xxxxxThe Hudson Bay Company was established in 1670, based on the claim made to the region by the English navigator Henry Hudson sixty years earlier. Its major aims were to trade in furs and seek a north-west passage to the Pacific. Its first governor was Prince Rupert of civil-war fame, and so for many years the vast territory it covered was known as “Rupert’s Land”. By the end of the 17th century the French had expelled most of the British from the region, but by the Treaty of Utrecht in 1713 the French lost their claim to the entire territory, and the Company resumed its trading. It administered the area until 1870, when the Canadian government took over control. 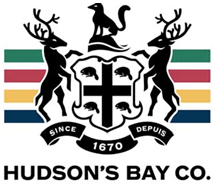 xxxxxThe Hudson Bay Company was established by royal charter in May 1670, the right of occupation being based on the claim made to the region by the English navigator Henry Hudson sixty years earlier. It was to have two major aims: firstly to occupy the lands adjacent to Hudson Bay in order to trade in furs and any other profitable commodity, and, secondly, to seek a north-west passage to the Pacific. The charter granted the company "sole trade and commerce" over all the lands drained by the Hudson Bay. The first governor of the company was the king's cousin, Prince Rupert of civil-war fame. Thus for many years the company's vast territory - which stretched, in fact, as far west as the Rocky Mountains - was known as “Rupert's Land”. 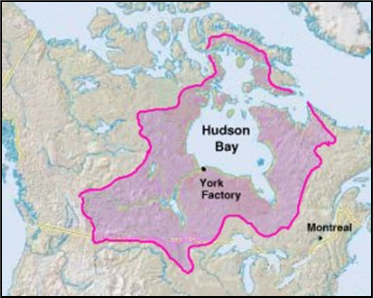 xxxxxWith the British occupation of the area to the south of Hudson Bay, the French now found themselves sandwiched between the company's forces to the north and the Iroquois, supported by the English and Dutch, to the south. In response, the Comte de Frontenac, the governor of the newly established colony of New France, made advances into the interior during the early 1670s - doubtless seeking a trade in furs - and by the end of the century further French expeditions had forced the Iroquois to sue for peace and expelled most of the British from the Hudson Bay area. As we shall see however, by the Treaty of Utrecht in 1713 (AN), which ended Queen Anne's War, the French lost their claim to Hudson Bay, along with other territories, and the Company returned to resume trading.

xxxxxIn 1783 a group of independent traders known as the North West Company was formed, and this gave rise to bitter competition, sometimes verging on open warfare, but in 1821 the two companies were merged and the name Hudson Bay was retained. For the next 50 years the Company remained the administrative power in the land, but its authority came to an end in 1870, when the government of Canada purchased the vast part of its territory. Today, the Company is still the biggest fur trader in Canada, but it also has a big chain of department stores, together with interests in real estate and natural resources. The Company's headquarters is in Toronto.

xxxxxIncidentally, the Company used to issue its own money. The fur traders were given brass tokens, and these could be used to buy food etc. from the company store.