xxxxxAs we have seen, Henry the Navigator set up his seafaring school at Sagres, near Cape Vincent, in 1419 (H5). By the beginning of this reign (1422) he began sending expeditions southwards along the west coast of Africa with the aim of finding a route to the Far East and countering the spread of Islam. By the year of his death his ships, trading in gold and slaves, had reached as far as Sierra Leone, and he had given Portugal a head start in exploration and colonisation. As we shall see, the mouth of the Congo was reached in 1482 (E4) by the explorer Diogo Cao. But all was not plain sailing for Henry. In 1437 he and his brother attempted to capture Tangiers, a city port in northern Morocco, and that expedition was badly organised and ended in total failure. 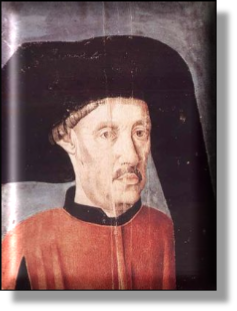 started his career in 1415 when he directed operations during the successful capture of the port of Ceuta on the Moroccan coast. As we have seen, it was soon after this in 1419 (H5) that he earned his title, Henry the Navigator, by establishing a school for seafaring at Sagres, near Cape St. Vincent, on the south-west coast of Portugal. So successful was this school that Henry then embarked on an ambitious programme of exploration. By the beginning of this reign (1422) he had rediscovered Madeira and was ready to send expeditions southwards along the Atlantic coast of West Africa. At this stage he was mainly motivated by a desire to find an eastern route to the Far East and to introduce Christianity into Africa so as to counter the spread of Islam. It was only later, with the need for more funds, that he became involved in a lucrative trade in gold and slaves. 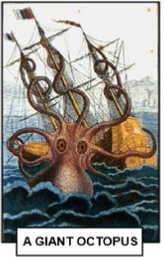 was the rounding of Cape Bojador in 1434 by Captain Gil Eanes. This feat was all the more important because for many years mariners had feared this stretch of coast. Made up of a series of dangerous reefs and named Abu Khatar by the Arabs - The Father of Danger - they were scared not only of the treacherous waters around the cape itself but also of what might lie - or not lie - beyond this neck of land. Many feared that huge sea monsters were waiting to sink their ship and devour them. Having successfully navigated this point, other expeditions then went on to reach Cape Blanc in about 1443 and to discover some of the Cape Verde islands two years later. It was at this time that a brisk trade was begun in gold and slaves, warranting the building of a trading post on Arguin Island, off the coast of Mauritania.

aaaaaBut all was not plain sailing for Henry during these years of exploration. In 1437 he and his younger brother Fernando decided to launch an attack upon Tangiers, a city in northern Morocco. The aim was to capture this port so that he could secure the future safety of their neighbouring possession of Ceuta. The whole expedition was badly organised and mismanaged, and ended in total failure. In order to secure the evacuation of what remained of the Portuguese force, Fernando was left with the Moors as a hostage. He died of maltreatment some years later.

aaaaaHis last years were somewhat embittered by family divisions and civil war, but he did manage to spend some time at Sagres, and it was near there that he died in 1460. His tomb is in the Founder’s Chapel in the Abbey of Santa Maria da Vitoria, built to mark the battle of Aljubarrota of 1385 (his father’s victory over Castile) and known simply as The Batalha (Battle). He lies alongside the tomb of his parents, John I and Philippa of Lancaster, daughter of England’s John of Gaunt.

aaaaaAs noted earlier, Henry the Navigator, by his vital interest in matters of the sea, gave his country a head start in exploration and colonisation which no other maritime nation could match at that time. By the year of his death his navigators had sighted the River Gambia and reached as far south as Sierra Leone and possibly further. It was an outstanding feat of navigation. Henry himself did not take part in any of these expeditions, but by his patronage of navigators he can be rightly regarded as the initiator of the great age of discovery, an age in which Portugal was to play a prominent part as one of the great maritime and colonial powers of Western Europe. As we shall see, the next step in that direction was in 1482 (E4), when the explorer Diogo Cao reached the mouth of the Congo.