xxxxxThe German physician Samuel Hahnemann was the founder of homeopathy, a method of medicine expounded in his major work Organon of Rational Medicine in 1810. First put forward in 1796, this claimed that a disease could be cured or alleviated by administering minute doses of the drugs or other treatment that cause the symptoms of the disease in a healthy person. These small doses, he argued, accelerated the body’s self-healing processes. This aroused a great deal of opposition from fellow physicians and apothecaries, and he was obliged to leave his practice in Leipzig in 1821. However, his method was well received in Paris and, seen as a welcome alternative to purging and bleeding, became popular in other countries, including the United States. The system has proved of some value, but it has not been accepted by the medical profession as a whole. 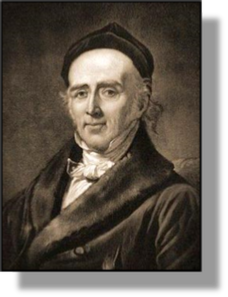 xxxxxThe German physician Samuel Hahnemann was born in Meissen, Germany, and studied medicine at Leipzig and Vienna. He worked for a few years in Dresden, and then moved to Leipzig in 1789. It was here, while working on the effects of quinine the following year, that he developed the idea - first put into practice in 1796 - that a disease could be cured or, at least, alleviated, by administering minute doses of the drugs that cause the symptoms of that disease in a healthy person. He expounded this alternative method of medicine in his major work Organon of Rational Medicine, published in 1810, and a year later, in his Pure Pharmacology, catalogued the efficacy of a large number of drugs - many herbal in origin - which he used to accelerate the body’s self-healing mechanism.

xxxxxHe called his revolutionary treatment “homeopathy”, and attempted to put it into practice in a number of towns in Germany. By providing his remedies free of charge, he hoped to encourage their use, but this idea of “like curing like” aroused a great deal of opposition among his fellow practitioners and local apothecaries. Many felt his treatment to be dangerous, and he was prosecuted on a number of occasions for what was considered to be an illegal form of medicine. In 1821 he was eventually obliged to leave Leipzig. For the next fourteen years he lived and practised in the city of Kothen, north of Halle in east-central Germany, but then spent the rest of his life in Paris, where his method proved very popular.

xxxxxAt that time of its introduction, homeopathy was certainly seen by many as a welcome alternative to such methods as purging and bleeding - especially by the patients themselves! As a result the method spread to a number of other European countries, and to many parts of the United States. Though a number of the remedies used have been banned in some places, or the doses legally reduced, cures have proven the method’s effectiveness in some cases. The system has attracted quite a number of followers, but it has not been generally accepted by the medical profession as a whole. 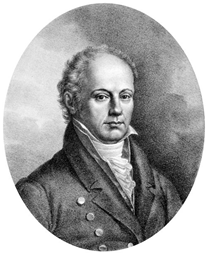 xxxxxAnother physician at this time whose ideas were not readily accepted was the German anatomist and physiologist Franz Joseph Gall (1758-1828). Around 1800 he put forward the theory (later proved correct) that mental functions were localised in specific areas of the brain. However, he then went on to claim that an examination of the surface of the skull was able to detect the relative development of these various functions, thereby giving an insight into a person’s talents, intellectual ability and personality. His lectures on what he called “cranioscopy” (today known as phrenology) proved extremely popular in Vienna, but in 1802 this practice was banned as being contrary to religious teaching, and three years later he was made to leave the country. 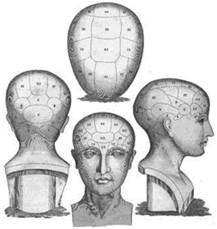 xxxxxFor many years phrenology continued to be practised by quacks and charlatans, and, when finally disproved, became a subject of derision. However, Gall’s research into the various functions of the brain and their particular location did stimulate an interest in the study of cerebral physiology.

xxxxxIncidentally, Gall began collecting human and animal skulls, together with wax moulds of brains, in 1792. Within ten years he had amassed 300 skulls and 120 plaster castes.

xxxxxFarxless controversial at this time was the research conducted by the English neurologist James Parkinson (1755-1824). In his Essay on the Shaking Palsy, produced in1817, he gave the first description of a disorder known as “paralysis agitans”, a disability which causes involuntary movement (tremor) and a progressive loss of muscular movement. Various types of the disorder have now been identified, but they are still known under the general term of “Parkinson’s Disease” or “Parkinsonism”.