xxxxxThe first part of the allegorical poem Romance of the Rose, a story of courtly love, was written by the French poet Guillaume de Lorris around 1225. He tells the idyllic love theme with great feeling and delicacy. The poem was completed some 40 years later by his fellow countryman Jean de Meun, but, as befitting a different age, his contribution has nothing of the poem’s earlier charm. It tends to be cynical in tone and concerned for the most part with a vast range of contemporary topics, some controversial. It is to these lengthy digressions that the work now owes its success. The English poet Geoffrey Chaucer translated part of the poem and was clearly influenced by its style and content. 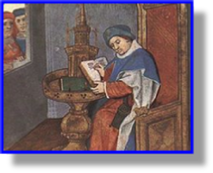 xxxxxGuillaume de Lorris was the French poet who wrote the first section, some 4,000 lines, of the popular allegorical poem known as the Roman de la Rose (Romance of the Rose) - the story of a lover who dreams of rescuing a beautiful rose, held captive in a castle. It was written around 1225. Nothing is known about the author’s life, but the name Lorris would suggest that he came from the area around Orleans. 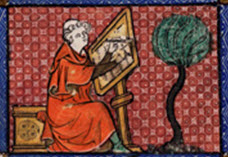 xxxxxIn these opening lines, he shows the charm and sensitivity one associates with traditional courtly love. The idyllic love theme is presented as a dream, and the delicacy of his treatment is in marked contrast to the remainder of the poem, completed some 60 years later by the French poet Jean de Meun. His addition of more than 17,000 lines reveals a different approach for a different age. Idealism now gives way to cynicism, and the theme's finer feelings are overwhelmed by a mass of information and opinion on a vast range of contemporary topics, many of them controversial. And it is to these down-to-earth, lengthy digressions that the poem now owes its success and consequent fame. Meun’s contribution is important not only for its insight into the issues of his day, but also for the change in attitudes it reveals between Guillaume’s aristocratic code of behaviour and Meun’s bourgeois perspective.

xxxxxIncidentally, Geoffrey Chaucer translated over 1,000 lines of Roman de la Rose into English. The poem is said to have had an important influence on his writing. …… 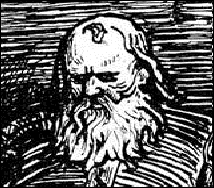 xxxxx…… Belonging to this period, dated around 1222, was the epic Prose Edda, the work of the Icelandic poet and historian Snorri Sturluson (1179-1241). Comprising of four sections, it included sagas about Norwegian history and mythology, and guidance on the language and types of verse used in Old Norse poetry. He was also a politician. He was twice elected lawspeaker of the Althing, the Icelandic parliament, and he made visits to Norway and Sweden. He was assassinated in 1241 during a period of political and family intrigue.