xxxxxThe English botanist and physician Nehemiah Grew published his major work, The Anatomy of Plants, in 1682. Together with the Italian Marcello Malpighi (1661), he was one of the first botanists to make microscopical observations of plants, and he included these in his early treatise The Anatomy of Vegetables Begun, produced in 1671. In 1677 he became secretary to the Royal Society and was thus able to use the society’s microscope and study Micorgraphia, the work of the English scientist Robert Hooke. Today, Grew and Malpighi are considered the founders of plant anatomy. 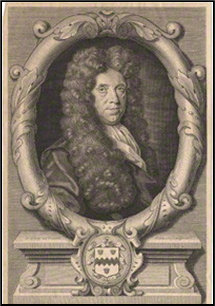 xxxxxThe English botanist and physician Nehemiah Grew, like the Italian Marcello Malpighi (1661), was one of the first botanists to make microscopical observations of plants. These were included in his first treatise The Anatomy of Vegetables Begun, presented to the Royal Society in 1671 (along with Malpighi's contribution on the subject), and published the following year. His major work, The Anatomy of Plants, appeared in 1682. Made up of four volumes and with many fine wood engravings (samples illustrated below), this book enquired into the diverse nature of plant life, studying such matters as the means of reproduction and the movement of liquids within a plant.

xxxxxGrew was born in Mancetter, Warwickshire, and, after attending Cambridge University, went to Leiden in Holland to study medicine. He practised in Coventry for a time, and then moved to London in 1672. There he became involved in the work of the Royal Society, and was appointed secretary to this society five years later. In this capacity he was able to use the society's microscope, and this assisted him considerably in his plant research. He also owed much to the English scientist Robert Hooke, whose treatise entitled Micographia, published in 1665, made extensive use of the compound microscope.

xxxxxToday, Grew and Malpighi are considered the founders of plant anatomy. The Italian physician spent most of his time in the study of human anatomy, but he was also keenly interested in the structure and function of plants and used his microscope to good effect as a botanist.

xxxxxIncidentally, the 18th century Swedish botanist Carolus Linnaeus, who began the modern system for the classification of plants, named a genus of trees, Grewia, in remembrance of Grew. ……

xxxxx.......xxMicroscopyxoriginated in 1625 when the Italian natural scientist Francesco Stelluti (1610-1685) published his drawings of the honeybee, magnified ten times. ……

xxxxx……xxGrew was also one of the pioneers of dactyloscopy, the study and identification of finger prints. In 1684 he produced the first scientific paper to describe in detail the ridges, furrows and pores to be found on the surface of the fingers and palms.