xxxxxAs we have seen, it was in 1462 (E4) that the Muslims were forced to abandon Gibraltar, but it was not annexed by Spain until 1501. It was in July 1704, soon after the outbreak of the War of the Spanish Succession, that an Anglo-Dutch fleet bombarded the rock and forced the garrison to surrender. By the Treaty of Utrecht in 1713, Gibraltar was ceded to the British, who soon valued its strategic importance at the entrance to the Mediterranean. Over the coming years the Spanish made a number of unsuccessful attempts to recapture the “Rock”, notably in 1727, and by their Great Siege, beginning in 1779 (G3a).

GIBRALTAR IS CAPTURED BY THE BRITISH 1704  (AN) 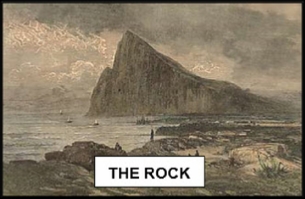 xxxxxThe narrow peninsula of Gibraltar and its famous rock was captured by the Muslim commander Tariq ibn Ziyad in 711. The Muslims were forced to abandon it in 1462 (E4), but it was not until 1501 that it was finally annexed to Spain by Queen Isabella I of Castile and Aragon. For the next two hundred years it remained in Spanish hands, but its strategic importance - guarding as it does the entrance to the Mediterranean Sea - steadily increased with the growth of trade and sea power.

xxxxxInxJuly 1704, soon after the outbreak of the War of the Spanish Succession, an Anglo-Dutch fleet under the command of Admiral Sir George Rooke, entered Gibraltar Bay. Some 2,000 English and 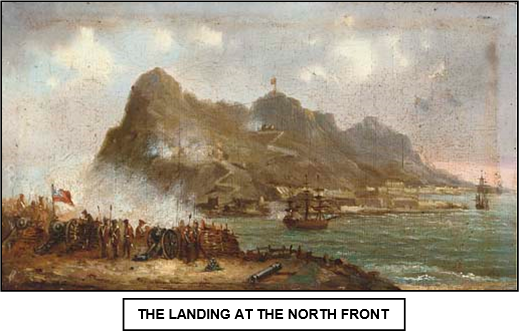 Dutch marines were landed on the isthmus, but the Governor of Gibraltar refused to surrender. As a consequence, a few days later the fleet began a massive five-hour bombardment, and the garrison eventually capitulated. However, soon after the allies had taken over the fortress, a Spanish force of some 500 men overpowered the guards and, climbing the rock, spent the night in what came to be known as St. Michael’s Cave. Fortunately for the new owners, the alarm was raised, and the English grenadiers attacked and defeated the intruders. 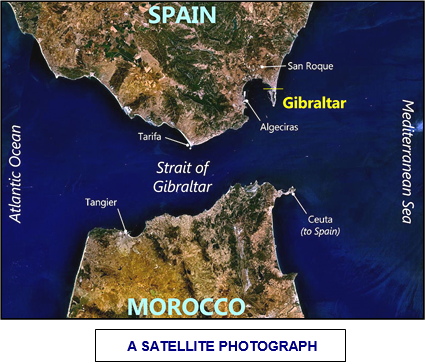 xxxxxBy the Treaty of Utrecht in 1713 the Spanish formally ceded Gibraltar to the British. It was to be held by them “without any exception or impediment whatsoever”. Nevertheless, in the years to come the Spanish were to make a number of attempts to recapture the “Rock”, notably in the year 1727 and, as we shall see, during the Great Siege, beginning in 1779 (G3a).

xxxxxA few years after taking Gibraltar, the British also captured the islands of Minorca and Sardinia, but the French also made gains. In 1710 they took Mauritius from the Dutch, and the following year seized Rio de Janeiro.