xxxxxThe Swiss naturalist Konrad von Gesner began writing his five-volume Historia animalium in 1551. This encyclopedia of the animal world, classified by species and well illustrated, was completed in 1558, but was not published until 1587. He wrote or edited over 70 books, but it is this pioneer study that marks him out as the founder of modern zoology. He also began a similar work on plant life, Opera botanica, and undertook two massive projects: an encyclopedia of world knowledge - very nearly completed - and Biblotheca Universalis of 1545, a catalogue of the books of 1,800 authors, the first of its kind. 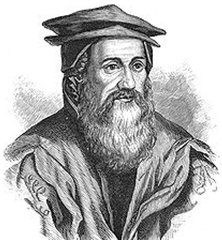 xxxxxIt was in 1551 that the Swiss naturalist Konrad von Gesner began work on his five-volume Historia animalium, an encyclopedia of the animal world. Well illustrated and divided by species, it took seven years to complete and the fifth volume, dealing with serpents, was not published until 1587, more than twenty years after his death. During his lifetime he published no less than 72 books which had either been written or edited by him, but this pioneer study of the animal kingdom was undoubtedly his most important work. His attempt at describing and classifying all known animals marks him out as the founder of modern Zoology.

xxxxxHe was born in Zurich, Switzerland, and was the godson of the Protestant reformer Ulrich Zwingli. His family were poor, but he showed such remarkable ability at an early age that a number of his teachers sponsored his education. He did not disappoint them. He attended a number of universities throughout Europe, and his studies included theology, Hebrew, medicine and botany. Alongside his work on animals, he also began a similar project on the cataloguing of plant life, but this Opera botanica, as he called it, proved a vast undertaking and was not finished at the time of his death. Nevertheless, his notes and 1,500 wood engravings were made available for later research. 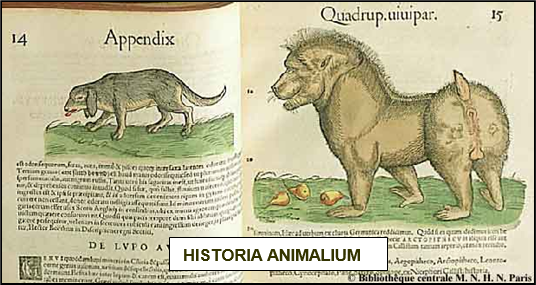 xxxxxAmong his other works were two equally demanding projects: his Biblotheca Universalis of 1545, the first of its kind, contained notes and comments on the books of 1,800 authors who had written their works in Hebrew, Latin or Greek; and a vast encyclopedia which attempted to summarise the recorded knowledge of the world in a series of twenty-one books, each one dedicated to a subject. Nineteen of them were published in 1548, but the last one, devoted to medicine, was never completed.

xxxxxHe travelled widely in Europe, and during his lifetime was professor of Greek at Lausanne Academy and, on his return to Zurich, a lecturer in physics and a practising physician. He also found time - one wonders how! - to be a keen mountaineer, and his account on climbing Mount Pilatus, near Lucerne, Switzerland, published in 1555, is one of the first records of mountain climbing.