xxxxxEdward III instituted the Most Noble Order of the Garter in 1348, one of the highest civil and military honours in his land. It was probably formed to create a fellowship of knights similar to that of the Round Table in Arthurian legend. It first consisted of the King and the Prince of Wales, each with twelve companions, but in 1805 the number of knights was increased to 25. Members once appointed their new companions, but today appointment is solely at the discretion of the monarch. There are lady members, but they do not number among the 25 knights. The Order’s chapel is at St. George’s Chapel, Windsor, and its motto is Honi soit qui mal y pense - evil be to him who evil thinks. 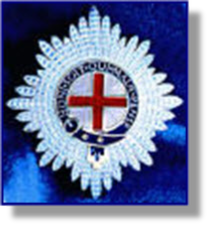 xxxxxIt was in 1348 (in the first year of the Black Death, in fact) that King Edward instituted the Most Noble Order of the Garter. Considered to be the highest civil and military honour in the land, the original purposes of the Order are not clear, the early records having been destroyed by fire. It could have been the wish of the king to create a fellowship of knights similar to that of the Round Table in Arthurian legend, the knight’s garter being a symbol of homage to his lady. Another suggestion, and a much more romantic one, is that while Edward was dancing with the Countess of Salisbury one of her blue garters fell to the floor and the king, wishing to save her embarrassment, picked it up and put it on his own leg. When this caused some courtiers to snigger, Edward rebuked them with the words Honi soit qui mal y pense (Evil be to him who evil thinks), and this phrase became the Order’s motto.

xxxxxAt its commencement the Order consisted of the King and the Prince of Wales, each with twelve companions. In 1805 the number of knights was increased to 25 and this remains the number today. Originally, election to the Order was made by member knights, but now appointment is solely at the discretion of the monarch. Women have been made ladies of the Order, but they do not number among the 25 knights companion. The Order’s chapel is Saint George's Chapel in Windsor Castle, and here each knight has a stall in which he keeps his banner, helmet and a stallplate bearing his coat of arms. Among the insignia is the garter with the motto emblazoned upon it, and a star bearing the cross of Saint George. It is from this time that Saint George became the patron saint of England, though the cross itself was first used as an English symbol in 1277 during Edward I’s invasion of Wales.

xxxxxIncidentally, the Order’s chapel has not always been a royal residing place of honour and glory. Over the years no less than thirty-six knights have lost their heads for various misdemeanours, and in modern times the shield and sword of the Emperor of Japan, Hirohito, and of the King of Italy, Emmanuel III, were removed from their stalls during the Second World War because these members chose to support the wrong side! 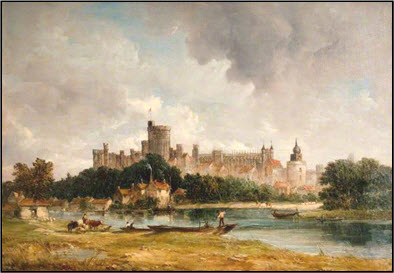 xxxxxEdward III was only one in a long line of monarchs who made changes to Windsor Castle. As early as Saxon times, probably in the ninth century, there was a royal residence at Windsor, a settlement overlooking the River Thames some twenty miles west of London. William the Conqueror, as we have seen, developed the present site, constructing a mound and stockade in about 1070. Henry II made a marked change to the general appearance by replacing the stockade with the stone Round Tower and adding outer walls on three sides. Henry III’s major contribution was the building of the royal chapel.

xxxxxIt was this chapel which Edward III transformed into the centre for the Most Noble Order of the Garter when he instituted the Order in 1348. This meant a substantial amount of rebuilding and it was in addition to the work which had already begun to convert part of the fortifications in the upper ward (the court to the east of the Round Tower) into residential apartments. These apartments were later updated by Charles II, and George IV made extensive changes to the exterior of the castle as well as transforming the interior into a magnificent palace, available for visitors of state as well as a home for the monarch. Even by Edward’s time, however, the castle was dominating the Berkshire landscape in very much the same way as it does today. 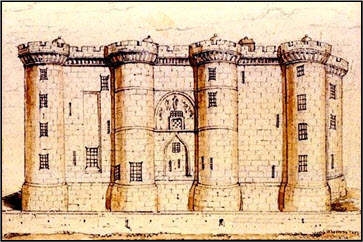 xxxxxAnother well known landmark in history belongs to this reign. The Bastille in Paris dates from this period. It was begun in April 1370 on the orders of Charles V. At this stage it was known as a bastide (meaning fortification) - hence the popular name - and it was simply a fortified gate built as part of the walls protecting Paris against English attack. It was Charles VI (1380-1422) who, by closing up the entrances, turned it into a free-standing fortress. Its defensive system was completed in 1557 and, during the seventeenth and eighteenth centuries, it served as a state prison, often housing important political prisoners in much the same way as the Tower of London. As we shall see, it came into prominence in 1789 (G3b), when, regarded as a symbol of Bourbon despotism, it was stormed by a Paris mob at the start of the French Revolution.