xxxxxThe Italian poet and humanist Francesco Petrarch was a forerunner of the Italian Renaissance. After travelling widely in Italy, France and Germany, he returned to Vaucluse, near Avignon. Here he wrote many of his works, some in Italian, including his masterpiece Il Canzoniere, begun around 1330 and for which he was created poet laureate in 1341. It contains 366 lyrics, mostly sonnets, in praise of his beloved Laura, a married woman whom he had first seen in 1327 and who refused to be his mistress. These “sacred lyrics” had a great influence on the format of love poetry. He also had a keen interest in classical literature, and encouraged his close friend, Boccaccio, to take up ancient learning. Works written in Latin include Africa and a number of religious studies, such as My Secret, a dialogue between him and St. Augustine on the desires of the flesh and the call of the spirit. Regarded as the first modern poet, his poetry influenced, among others, the English poets Chaucer, Shakespeare and Spenser. 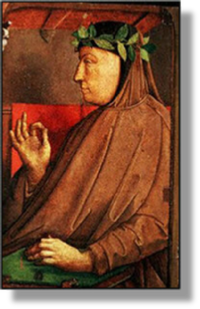 xxxxxThe Italian poet and humanist Francesco Petrarch, regarded as the most outstanding scholar of his day, was one of the great forerunners of the Italian Renaissance. His work in the vernacular did much to develop Italian as a literary language; his poetry greatly influenced the development of the love poem; and the impetus he gave to the revival of classical learning marks him out as the founder of European humanism.

xxxxxHe was born at Arezzo in Tuscany, and at the age of eight moved with his parents to Avignon. At Montpellier and later at Bologna he studied law, but he showed little interest in the subject, and, with his father’s death in 1326, he returned to Avignon to take minor orders. Here he was supported in his literary work by the influential cardinal Giovanni Colonna. For some four years during this period, 1333 to 1337, he travelled widely in Italy, France and Germany searching out and finding many “lost” classical manuscripts of Greek and Roman writers and orators. On his return, he went into seclusion at Vaucluse, near Avignon, and it was there that he wrote many of his works, including additions to his masterpiece Il Canzoniere, begun around 1330. It was in recognition of this work that in 1341 he was crowned poet laureate on the Capitoline Hill in Rome. 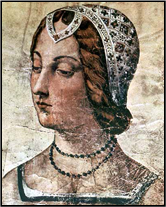 xxxxxIl Canzoniere (The Songbook) is his outstanding contribution to Italian literature. It contains 366 lyrics, mostly sonnets, but also songs and madrigals in praise of his beloved Laura de Noves (illustrated), a married woman whom he had first seen in 1327 and who refused to be his mistress. We are told that Petrarch himself thought little of this work, dismissing the lyrics as “short pieces in the vernacular”. Be that as it may, these “Scattered Lyrics” as they are sometimes called, shaped the lyric poetry of the Renaissance and had a great influence upon the future format of love poetry, especially in France and England. His use of the sonnet was particularly admired and was widely adopted by later poets, his perfection of this form coming to be known as the “Petrarchan sonnet”. Another poem inspired by Laura was I Trionfi, (The Triumphs), the journey of a human soul from earthly pursuits to spiritual fulfilment.

xxxxxHis later years were spent first in Milan - where he was in service to the Visconti family - and then in Venice and Arqua, near Padua. These moves may have been partly motivated by a desire to avoid the areas worst affected by the plague. He made a fairly comfortable living by way of benefices, and apart from keeping in touch with a wide circle of scholars throughout Europe, carried on a correspondence with both popes and kings. His large number of letters proved particularly valuable for their biographical and historical details. 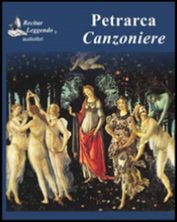 xxxxxApart from his Italian poetry, he showed a passionate interest in classical literature, particularly Virgil and Cicero, seeing it as a means of restoring a cultural and virtuous age. For this reason he encouraged scholars to take up ancient learning, and none more so than his close friend, the poet Boccaccio. He himself carried on a relentless search for the works of classical antiquity. In particular, he revelled in the glory that was once Rome, and advocated a unified Italian republic based on the Roman model, and the return of the papal court, still at Avignon, to its rightful place in Rome. Among his many works written in Latin are the epic poem Africa, based on the exploits of Scipio Africanus, and his studies On the Solitary Life, On the Virtue of Religious Life, and My Secret, which takes the form of a dialogue between him and St. Augustine concerning the conflict between the desires of the flesh and the call of the spirit.

xxxxxPetrarch died at Arqua in 1374. The story goes that he died overnight and was found in his study the next morning, his head resting on a Virgil manuscript. Regarded as the first modern poet, among those influenced by his work were the English poets Chaucer, Shakespeare and Spenser.

xxxxxIncidentally, Petrarch’s idealised love for Laura, which so much influenced the content and style of his poetry, began on Good Friday 1327 when he saw her for the first time in the church of Santa Clara in Avignon. It was an unrequited, chaste love which has been admired over the years for its constancy and purity. In 1340 the painter Simone Martini settled at the papal court in Avignon and, becoming friendly with Petrarch, painted a portrait of his beloved Laura. Unfortunately, the painting has never been found. Laura had eleven children and died of the plague in April 1348.