xxxxxThe Italian-born French astronomer Jean-Dominique Cassini made most of his discoveries while professor of astronomy at Bologna University. He measured Jupiter’s period of rotation and, in 1665, was the first to see the atmospheric feature known as the Great Red Spot. Later he compiled a table showing the positions of Jupiter’s satellites. Concerning Mars, he evaluated the planet’s rotational period, and was the first to make note of the Martian polar caps. In 1671 he was appointed the first director of the Paris Observatory, opened that year. Here he discovered the four rings of Saturn, and described the gap between the two main rings - known as “Cassini’s division”. He later made a close study of the moon and produced a map of its surface. His close observations and detailed research, though not always correct, did much to advance the science of astronomy in the latter part of the 17th century. 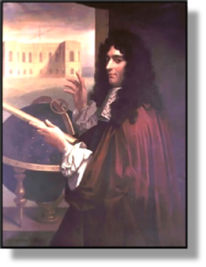 xxxxxThe Italian-born French astronomer Jean-Dominique Cassini was educated at the Jesuit College in Genoa, and in 1650 was appointed to the chair of astronomy at Bologna University. It was here that, over the next twenty years, he made a number of important discoveries concerning the planets. He measured Jupiter's period of rotation by observing the movements of the shadows of the planet's satellites, and in 1665, while compiling accurate details of the planet's bands and spots, he was the first to discover the huge atmospheric feature known as the Great Red Spot. The following year he made a study of the seasonal changes on Mars and evaluated the planet's rotational period, coming to within three minutes of today's reckoning (given as 24 hours, 37 minutes and 22.6 seconds). He was also the first to make note of the Martian polar caps. Then in 1668, just before leaving Bologna, he compiled a table giving the positions of Jupiter's satellites. 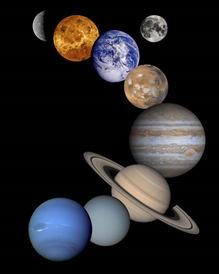 xxxxxCassini's pioneering discoveries came to the attention of Louis XIV of France, and in 1669 he was invited to Paris. Here he was made a member of the recently formed Royal Academy of Sciences and, two years later, was selected as the first director of the Paris Observatory, completed that year. Doubtless honoured by such a prestigious appointment, he became a French citizen in 1673.

xxxxxContinuing his research, he turned his attention to Saturn. He discovered the planet's four moons; described in 1675 what has come to be called “Cassini's division” - the gap between the main rings A and B - and correctly determined that the rings were made up of countless separate particles of varying size. During much of the 1670s he made a close study of the Moon's surface. From the data recorded, he compiled a large map and presented it to the Academy (illustrated below). In 1683, after making the first recorded observations of the zodiacal light - a band of light in the night sky - he rightly concluded that it was of cosmic origin (reflected sunlight) rather than a phenomenon caused by weather conditions. 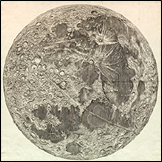 xxxxxHis findings were not always correct. For example, his conclusions about the shape of the earth were wide of the mark, and he rejected the theory put forward by the German astronomer Johannes Kepler that planets travel in ellipses. Nonetheless, by his close observations and detailed research he did much to advance the science of astronomy in the latter part of the 17th century.

xxxxxIncidentally, Cassini was but the first of four generations of his family to be appointed director of the Paris Observatory. His son, Jacques, an ardent opponent of Isaac Newton's theory on gravitation, succeeded him in 1712. 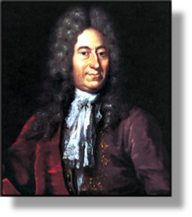 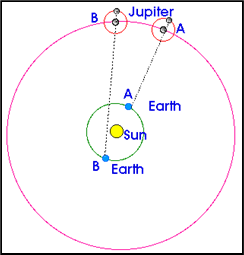 xxxxxThe Danish astronomer Ole Romer (1644-1710) joined the staff of the Paris Observatory in 1672 and stayed there for nine years. He worked under Cassini, and in 1676, using as a basis for his research his director's table of the positions of Jupiter's satellites, he made the first determination of the velocity of light, demonstrating that light travels at a finite speed. Three years later he paid a visit to England where he met the scientist Isaac Newton, and the two astronomers Edmond Halley and John Flamsteed.

xxxxxHe returned to Denmark in 1681, and was appointed the court mathematician and professor of astronomy at the University of Copenhagen. The equipment he invented and installed at the observatory there proved extremely accurate in measuring the exact position of celestial objects. Towards the end of his life he was elected mayor of Copenhagen.

xxxxxIncidentally, in 1701 Romer developed one of the first temperature scales. The German physicist Gabriel Daniel Fahrenheit paid him a visit in 1708 and, some years later, adopted a modified version of this scale when making his thermometer, first produced in 1714 (G1).

xxxxxThe Danish astronomer Ole Romer (1644-1710), one of Cassini’s students, is remembered above all for making the first determination of the velocity of light in 1676. During a visit to England he met the scientist Isaac Newton and the two astronomers Edmond Halley and John Flamsteed.