xxxxxThe Englishman Richard Bright joined the staff of Guy’s Hospital, London, in 1820, and became one of the country’s leading physicians. In 1827, basing his research on close clinical observation, changes in body chemistry, and post-mortem examinations, he discovered the primary symptoms of nephritis, a serious inflammation of the kidneys which came to be known as “Bright’s disease”. He also studied other conditions, including heart disease, tumours and various fevers. His series of lectures, given along with his fellow physician Thomas Addison, won him international fame, and together they published Elements of the Practice of Medicine in 1839. Highly respected for his width and depth of medical knowledge, he was personal physician to Queen Victoria. Bright also took part in a number of scientific expeditions, and produced drawings to illustrate his travels in Iceland and on the continent. 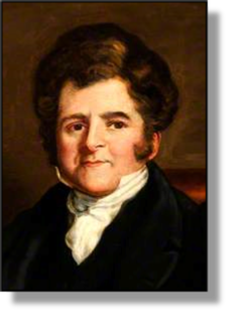 xxxxxRichard Bright was born in Bristol, England, the son of a wealthy merchant. He studied medicine at Edinburgh University but, during his training he attended Guy’s Hospital, London, where, by “walking the wards”, he gained valuable knowledge and experience. He graduated in 1813 and made a number of journeys on the continent, visiting hospitals and clinics, before joining the staff of Guy’s Hospital as an assistant physician in 1820. He was promoted to physician four years later, and worked there until his retirement in 1843, gaining a wide reputation as one of the “great men of Guys”, and serving as personal physician to Queen Victoria. Such was his standing that in 1842 two wards of twenty-one beds were set aside for his special study of renal disease, an experimental unit which was the first of its kind in England. 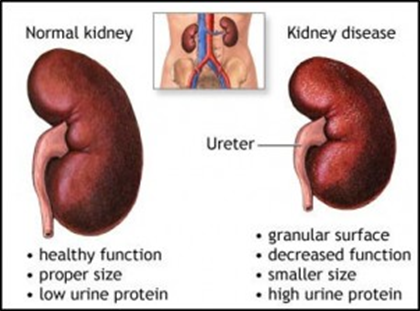 xxxxxIt was in 1827, after a great deal of detailed research based on clinical observation, changes in body chemistry, and subsequent post-mortem examinations, that he produced his Reports of Medical Cases. In this work he established that oedema (the swelling of tissue) and proteinuria (the presence of the protein albumin in the urine) were the primary clinical manifestations of nephritis, a serious inflammation of the kidneys which at that time came to be known as Bright’s disease - employed today as a common term for the condition. His second volume of reports, produced in 1831, provided more of his findings on renal disease, but his medical research also included the study of heart disease, stomach tumours, and the treatment of various fevers. For twelve years he and his fellow physician Thomas Addison won international fame for their series of lectures, and in 1839 they combined their knowledge to publish Elements of the Practice of Medicine.

xxxxxBright’s eye for detail, his lively, enquiring mind, and his careful, critical powers of observation served medicine well. The memorial that was erected to him in St. James’ Church, Piccadilly, London, contains the following tribute: He contributed to medical science many discoveries and works of great value, And died while in the full practice of his profession, After a life of warm affection, unsullied 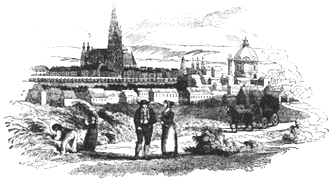 xxxxxIncidentally, Richard Bright was also an accomplished artist and scholar. During the summer of 1810, whilst at medical school, he took part in a scientific expedition to Iceland. Apart from collecting botanical and geological specimens, he wrote articles and produced a number of drawings for Travels in Iceland, published by Sir George Mackenzie. Later, in 1815, he went on another scientific expedition, and produced many of the illustrations for his Travels from Vienna through Lower Hungary, including the one of Vienna shown here. ……

xxxxx…… Whilst on the continent in 1814, Bright visited Vienna, where the Congress was beginning its peace negotiations. Then the following year, on returning from a trip to Berlin, he arrived in Brussels just two weeks after the Battle of Waterloo, and was able to see the wounded undergoing treatment. ……

xxxxx…… In 1817 he was nearly lost to the medical profession. Whilst working as an assistant physician at the London Fever Hospital, he went down with a severe fever and only just managed to survive.

xxxxxAnother outstanding physician at this time was the Scottish surgeon Charles Bell (1774-1842). He did pioneering work on the human nervous system. In his New Idea of Anatomy of the Brain he was the first to make the distinction between the “sensory nerves” that conduct impulses to the central nervous system, and the “motor nerves” that carry impulses from the brain (or other nerve centres) to a particular organ. He also identified the long nerve (Bell’s nerve) which supplies a muscle in the chest wall, and he gave his name (Bell’s palsy) to a condition in which the muscles of the face are partially paralysed. His elder brother, John Bell, was also a surgeon, and came to be regarded as the founder of surgical anatomy. 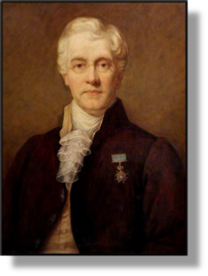 xxxxxAnother outstanding physician at this time was the Scottish surgeon Charles Bell (1774-1842). He gained a reputation in London and his home town of Edinburgh for his pioneering work in anatomy. He was the first to discover that nerves are made up of separate fibres with two distinct functions, and in 1811 he explained his findings in his New Idea of Anatomy of the Brain, a work which has been called the “Magna Carta of neurology”. In this book, and in his expanded version produced in 1830 (The Nervous System of the Human Body), he made the distinction between the “sensory nerves” that conduct impulses to the central nervous system, and the “motor nerves” that carry impulses from the brain (or other nerve centres) to a particular organ. 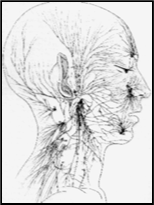 xxxxxAnd in this same field of research, he identified the long respiratory nerve (Bell’s nerve) which supplies a muscle in the chest wall, and recognised that an inflammation of the facial nerve was responsible for the paralysis of all the muscles on one side of the face, a condition which came to be known as “Bell’s palsy”. Shown here is a drawing he made to illustrate the position of the facial nerve.

xxxxxBell was born in Edinburgh, and after graduating at the university there, he went to London in 1804. There he distinguished himself both as a surgeon and a teacher. In 1829 he received the first medal awarded by the Royal Society, and he was knighted two years later. On his return to Edinburgh in 1836 he became professor of surgery at the city’s university.

xxxxxIncidentally, like Bright, Bell was also involved in battlefield injury. In 1809 he went to Haslar 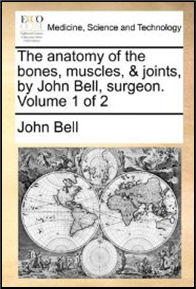 xxxxx…… And like Bright, he was quite a talented artist. He provided a series of oil paintings depicting some of the war wounds he saw, and these now hang in the Royal College of Surgeons in Edinburgh. ……

xxxxx…… As we have seen, his elder brother, John Bell, was also a surgeon. He opened his own school of anatomy in Edinburgh in 1790, where he came to be regarded as the founder of surgical anatomy.