xxxxxThe German astronomer Johann Elert Bode did much to popularise the science of astronomy. His Uranographia in particular, published in 1801 and made up of 20 maps, was the first to show all the stars visible to the naked eye. He also wrote a number of popular books on astronomy, and was responsible for the production of the German nautical almanac, producing over 50 yearly volumes. However, he is best remembered today for Bode’s Law, published in 1772. This was a geometric progression which attempted to explain the relative mean distances between the Sun and its planets. It worked well when applied to the planets then known, but later, with the discovery of Neptune and Pluto, the validity of the law was called into question. It was first put forward by the German astronomer Johann Daniel Titius in 1766, so it is sometimes known as the Titius-Bode rule. 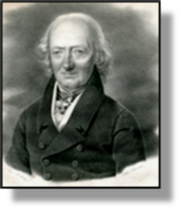 xxxxxThe astronomer and mathematician Johann Elert Bode played a significant part in introducing astronomy to a wider public. In particular, his star atlas Uranographia, published in 1801, was a remarkable piece of work, showing for the first time all the stars visible to the naked eye. It was made up of 20 maps, and described the positions of more than 17,000 stars and nebulae, including many of the recent discoveries made by the German-born English astronomer William Herschel. Earlier atlases, such as that produced by the English astronomer John Flamsteed in 1729, had shown only the brighter visible stars.

xxxxxBode was born in Hamburg, Germany. As a young man he virtually taught himself the science of astronomy, and then put his knowledge to good effect in 1772 when he joined the staff at the observatory of the Berlin Academy, helping to compile the Astronomisches Jahrbuch, the German nautical almanac. He eventually became fully responsible for this publication, compiling and issuing over 50 yearly volumes. He was later appointed director of the Berlin observatory (illustrated below) and became a member of the Berlin Academy. During his career, he wrote a number of books on popular astronomy. 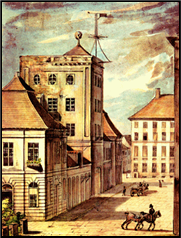 xxxxxToday, Bode is probably best known for Bode’s Law, a geometric progression which attempted to explain the relative mean distances between the Sun and its planets. It worked out fairly accurately in determining the distances of the six planets then known, and it did appear to assist in the discovery of a number of asteroids situated between Mars and Jupiter. However, the subsequent discovery of Neptune in 1846 and Pluto in 1930, both of which were at variance with the law, has since cast doubt on its credibility. Indeed, it is now generally considered that the relationship arrived at earlier was simply a coincidence.

xxxxxIncidentally, Bode’s Law was actually put forward in 1766 by the astronomer Johann Daniel Titius (1729-1796) of Wittenberg, Germany, and it is for this reason that it is sometimes referred to as the Titius-Bode rule. However, it was Bode who published it in 1772, and thus made it more widely known. ……

Xxxxx…… And it was Bode who gave the name Uranus to Herschel's new planet. When the English astronomer discovered it in 1781, he named it Georgium Sidus (the Star of George) in honour of the British king George III, whilst a number of French astronomers referred to it as Herschel. But then Bode came along and called it Uranus (after Saturn’s mythological father) and, eventually, that was the name by which it came to be known.

xxxxxIt was also in 1801 that the French astronomer Jérôme Lalande (1732-1807), then director of the Paris observatory, published his French Celestial History, a catalogue containing nearly 50,000 stars. In 1751 he determined the moon’s parallax from Berlin, enabling his fellow astronomer and countryman Nicholas Lacaille, working in Cape Town, to provide a highly accurate measurement of the distance of the earth to the moon. Then in the 1760s he collated the varying timings of the two transits of Venus, observed from different latitudes across the globe, and produced an equally accurate measurement of the distance of the earth to the sun. He also wrote Treatise on Astronomy in 1764 and Astronomical Biography in 1801, and in 1802 he instituted the Lalande Prize, an annual award for outstanding achievement in astronomy. 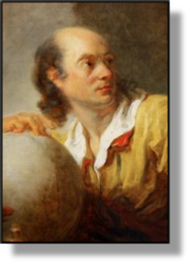 xxxxxThe year 1801 also saw the publication of French Celestial History, a comprehensive star catalogue by the French astronomer Jérôme Lalande (1732-1807), then director of the Paris observatory. This contained the positions of nearly 50,000 stars. The following year he instituted the Lalande Prize, awarded annually by the Paris Academy of Sciences to the astronomer who has made the greatest achievement during the year.

xxxxxLalande was born in Bourg-en-Bresse, near Lyon, and went to study law in Paris. It was while there, however, that he met the astronomer Joseph-Nicolas Delisle and decided to put his mind to astronomy. In 1751, working for the French Academy, he determined the moon’s parallax from Berlin, and his findings were then sent to his fellow astronomer and countryman Nicholas Louis de Lacaille, then studying the southern sky from Cape Town, South Africa. Given this data, he was then able to provide a much more accurate measurement of the distance from the earth to the moon. This combined project proved so successful that Lalande was admitted to the Academy of Berlin and, on his return, was appointed adjunct astronomer to the Paris Academy. 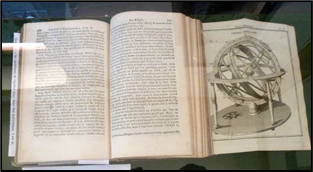 xxxxxThen, at the age of 30, he was appointed professor of astronomy at the Collège de France, Paris, a post he held for 46 years. It was here that he published his Treatise on Astronomy in 1764, a work providing the most accurate tables of the planetary positions then available. And it was also at this time that, having observed the two transits of Venus which had occurred within the space of eight years (1761 and 1769) - an event which only happens every 113 years - he then had the task of collating the various timings of the transits which had been measured from different latitudes across the world. This data enabled a highly accurate measurement to be made of the distance from the earth to the sun.

xxxxxDuring his career he produced a number of popular works on navigation and travel as well as astronomy. His final work of importance was his Astronomical Biography, published in 1803. 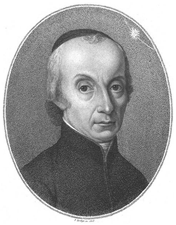 xxxxxIt was also in 1801 that the Italian monk and astronomer Giuseppe Piazzi (1746-1826) identified the first asteroid (or minor planet) and named it Ceres (illustrated). Two years later he produced his first catalogue of fixed stars, locating 6,748 with unprecedented accuracy. He was born in Ponte di Valtellina (in present day Switzerland), and, after studying in various Italian cities, entered the Theatine Order as a monk in 1764 - an order established in 1524 to promote clerical reform. He started his academic career in 1779 as professor of mathematics at the Palermo Academy, Sicily, and after spending three years at the observatories in Paris and London, set up observatories in Palermo and Naples, becoming their director.