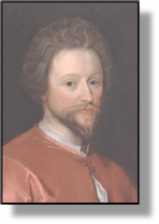 xxxxxApart from collaborating with Francis Beaumont in some twelve plays, John Fletcher produced about sixteen works on his own within the years 1610 to 1621. These showed a remarkably wide range of talent, and included the pastoral drama The Faithful Shepherdess, the tragedies Bonduca and Valentinian, and the best of his comedies, The Wild Goose Chase.

xxxxxHe was born in Rye, Sussex, and educated at Cambridge. During his working life he also collaborated with the English dramatist Philip Massinger in the production of several plays (e.g. The Spanish Curate in 1622), and around the year 1613 probably assisted William Shakespeare in the writing of The Two Noble Kinsmen and Henry VIII. It is likely, too, that at one time or another he worked alongside the dramatists Thomas Middleton, William Rowley and Nathan Field. He died in 1625, victim of the great London plague of that year, and, as far as it is known, was buried in what is now Southwark Cathedral. 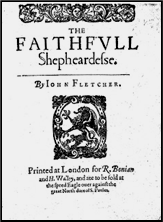 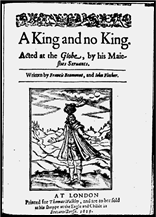 xxxxxMany of the plays by Beaumont and Fletcher were performed at the Globe and Blackfriars Theatres, where they proved highly popular for the ingenuity of their plots, the witty humour of their comedies, and the emotional depth of their tragic scenes. The contribution each made to this partnership is not easy to assess because it is known that each revised the work of the other, but it is likely that Fletcher was the more creative of the two and possessed a keener understanding of stagecraft. The humour of their plays was often coarse, and the plots were contrived for maximum effect. In these respects they anticipated two of the major characteristics of Restoration Drama.

xxxxxIncidentally, Fletcher's father, Richard Fletcher (c1544-1596), was a church minister in Rye when his son was born. He later became Queen Elizabeth's chaplain and then bishop successively of Bristol, Worcester and London. As royal chaplain he was a harsh prosecutor during the trial of Mary Queen of Scots, and officiated at her execution.

xxxxxApart from collaborating with Francis Beaumont in some twelve plays, John Fletcher produced about sixteen works of his own, including the pastoral drama The Faithful Shepherdess, the tragedy Bonduca, and his best comedy, The Wild Goose Chase. He may well have assisted William Shakespeare in the writing of The Two Noble Kinsmen and Henry VIII. The plays of Beaumont and Fletcher were highly popular, noted for their ingenuity of plot and the emotional depth of their tragedies. In the coarseness of their humour and their contrived plots they anticipated Restoration Drama. In their partnership, Fletcher was probably the more creative of the two.

xxxxxThe English dramatist and poet Francis Beaumont produced a number of works in collaboration with his fellow countryman and playwright John Fletcher. These included the “tragicomedies” The Scornful Lady, Philaster and The Maid’s Tragedy, produced in 1611. His only unaided work was his burlesque comedy The Knight of the Burning Pestle. He was a frequent visitor to the Mermaid Tavern, a meeting place for writers such as Shakespeare, Sir Walter Raleigh, John Donne and his close friend Ben Jonson. 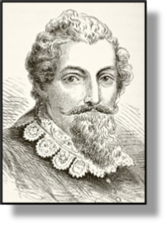 xxxxxThe English dramatist and poet Francis Beaumont is best remembered for the works he wrote in collaboration with his fellow countryman and playwright John Fletcher. Notable among these "tragicomedies" were The Scornful Lady, Philaster, The Maid's Tragedy (1611), and A King and No King, written during the years 1610 to 1613. His only unaided work was his burlesque comedy The Knight of the Burning Pestle, but he probably had a hand in the writing of The Woman Hater, both produced around 1607.

xxxxxHe was born in Gracedieu, Leicestershire, and attended Oxford University. He then studied law in London, but was attracted to the theatre during frequent visits to the Mermaid Tavern, a meeting place of writers such as William Shakespeare, Sir Walter Raleigh, John Donne and Ben Jonson. Apart from his close association with Fletcher, with whom he shared lodgings, he was particularly friendly with Ben Jonson, and wrote verses in praise of some of his plays. He retired from the theatre in 1613 and died in London three years later. He was buried in Westminster Abbey.