THE EXPANSION OF THE AZTEC EMPIRE UNDER ITZCOATL 1432  (H6)

xxxxxAs we have seen (1325 E2), having moved southwards into the valley of Mexico around 1120, the Aztecs, a very industrious people, quickly took control of their immediate area and set up their capital at Tenochtitlan. By 1432, under their leader Itzcoatl, they were the dominant power in central Mexico and, by the death of their great leader Montezuma I in 1468, their empire stretched from the Atlantic to the Pacific. Power lay with the high priests, and thousands of animals and humans were sacrificed each year to placate their gods, such as the sun or moon. The empire, made up of hundreds of small states, was kept together by sheer force, and maintained by a remarkable system of intense farming. Huge stepped pyramids were built as temples, and many large cities were established. The Aztecs developed their own form of pictorial writing, gained a deep understanding of astronomy, and produced some fine textiles, pottery and jewellery. However, there was little loyalty shown towards the leader and, as we shall see, when the Spaniards arrived in 1519 (H8), the Empire was quickly and quite easily subdued.

aaaaaLegend has it, as we have seen (1325 E2), that in about 1120 the Aztecs moved southwards into the valley of Mexico on the advice of their god Huitzilopochtli (Humming Wizard). An industrious farming and hunting people, they quickly subdued the Toltecs, and then took control of the weaker tribes around them. It was probably in 1325 that they began reclaiming a marshy island near the western edge of Lake Texcoco. Here they built their capital Tenochtitlan (place of the high priest Tenoch) and consolidated their hold on the area. 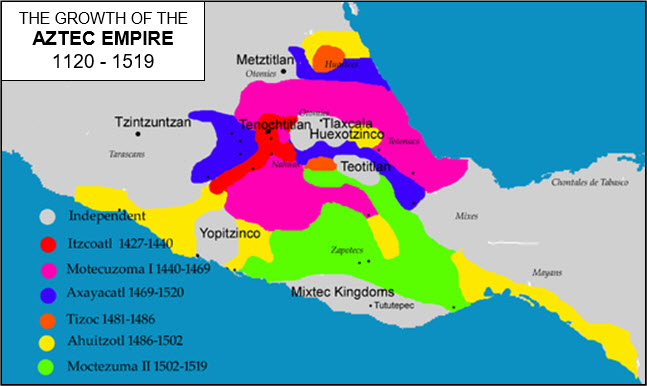 aaaaaIn these early years, the Aztecs were very much under the overall control of Azcapotzalco, the largest of the city-states in the region, but in 1428, with the support of neighbouring towns, they defeated Azcapotzalco and gained their independence. Then in 1432, under their leader Itzcoatl, they formed an alliance with the nearby cities of Texcoco and Tlacopan and became the dominant power in central Mexico. The way was now open for expansion. Byxthe time the new ruler, Montezuma I, came to power in 1440, Tenochtitlan was the centre of a growing Empire. Under his leadership, by commerce or by military conquest, some 400 small states were subjugated and forced to pay tribute. By his death in 1468, the domains of the Aztecs stretched from the Atlantic to the Pacific, with a population of close on five million people. And still they continued to grow. 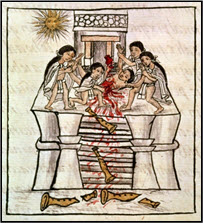 aaaaaThe Aztec empire was governed by a king, but the real power lay with the high priests, all coming from the ruling families. It was they who communed with their Gods - like those of the sun, rain, moon and war - and who sacrificed thousands of animals and humans a year to please and placate them. The human victims were generally prisoners captured during local wars, but the slaves among their own people were also used as offerings 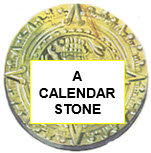 to the Gods. Victims would be killed by arrows, flayed alive, or ripped open so that their hearts could be offered up as nourishment for the sun god (illustrated). Such rituals, thought to be necessary to ensure human survival, developed a detailed understanding of the movements of the sun and the planets, and this information was recorded on two calendar stones, one for the timing of religious ceremonies, and the other for routine events and festivals in the Aztec year. 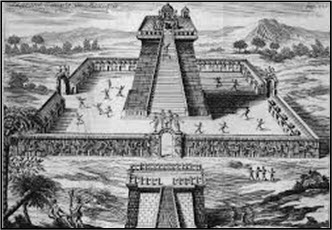 aaaaaThe empire itself - based largely upon hundreds of small city-states paying tribute in kind - was kept together by sheer force, backed by a large army, and organised by an efficient “civil service”. The capital, Tenochtitlan, eventually covering some five square miles - became a flourishing trading centre dealing in hundreds of commodities, from the basic needs - like corn and beans - to luxurious goods such as gold, copper and rubber from visiting traders. The success of the empire lay in its remarkable system of intensive agriculture. Elaborate waterways and irrigation channels were developed, joined by aqueducts and crossed by bridges, and large areas of swampland were reclaimed. (The capital’s temple is illustrated here.) 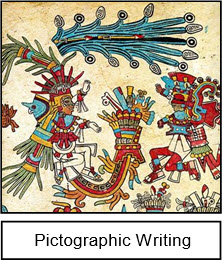 aaaaaAt its height, the Aztecs could boast of an advanced civilisation, despite restrictions imposed by its isolated position. Schools were established for the nobles and priests, and for the teaching of martial arts. A form of pictographic writing was developed, written on animal hide, to record such matters as royal history, astrological predictions, the payment of tribute, and the quantity of food supplies held in store. Huge stepped pyramids were erected to house their temples, and a string of large cities was developed across the empire. A special artisan class produced elaborate stone figures, textiles, mosaics, pottery and fine jewellery in gold, jade and turquoise.

aaaaaBut despite the size and success of this empire, it had two major flaws. Firstly, its leader was appointed by the Gods. If he were to be forcibly removed, then the whole structure and fabric of the state would be thrown into confusion and could well collapse like a pack of cards. Secondly, the empire was made up of a mass of loosely connected urban communities, held together by force. Loyalty was a very scarce commodity! As we shall see, when the Spaniards arrived in 1519 (H8), these subject city-states were only too pleased to throw off the Aztec yoke, together with the payments in produce and slaves they were obliged to make. 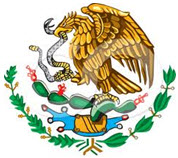 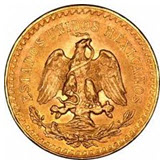 aaaaaIt is rather difficult to explain how the Aztecs, a poor nomadic people coming from the north, surrounded by hostile tribes, and obliged to settle in a marshy island in the middle of a lake, managed to make so powerful an empire in the space of two centuries. Perhaps it was due to the Aztecs’ fervent belief in their own destiny. As mentioned earlier, it was on the advice of their God “Humming Wizard” that they moved into the valley of Mexico in the first place. According to legend, they were then told that they would found a great civilisation on a particular area of marshland where they would find a cactus growing out of a rock and, perched on this cactus, an eagle eating a snake. We can only assume that the priests found this spot when they arrived at Lake Texcoco! But whether they did or not, the cactus, the eagle and the snake appear on all Mexican money today, and on the country’s coat of arms. And the name Mexico comes from the Aztec word for the area, Mexica.

aaaaaIncidentally, when the Great Temple of Tenochtitlan was inaugurated in 1487 it is estimated that some 20,000 men, women and children were ritually sacrificed.

Map (Mexico): licensed under Creative Commons. Author: enwiki/Maunus -http://en.wikipedia.org/wiki/Image:Aztec expansion. Sacrifice: illustration from the History of the Aztecs and the Conquest of Mexico, 16th century – Biblioteca Medicea-Laurenziana, Florence. Tenochtitlan: by the French engraver Moyse-Jean-Baptiste Fouard (1653-1726), after a drawing by the Dutch artist Van Beecq (1638-1722) – National Library of France, Paris. Writing: detail from a copy of the Codex Borbonicus, relating to calendars, horoscopes, rituals and ceremonies – private collection.