xxxxxThe English map maker Aaron Arrowsmith established his reputation with the publication of a large map of the world in 1790. Known for the accuracy of his work, he produced a large number of excellent maps, including ones of North America, Africa, Southern India and the Pacific Ocean. After his death his business became a family concern. It published a four-volume atlas of London in 1834, and produced a series of maps showing the extension of colonial possessions. 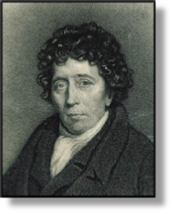 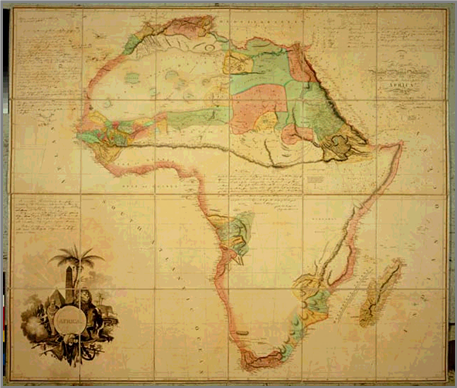 xxxxxAaron Arrowsmith was born at Winston, Durham, England. He had no formal education but after working as a surveyor in London, began to produce and publish maps. Taking most of his data from the records of explorers and travellers to ensure their accuracy, he became the leading British cartographer of his day.

xxxxxHe established his reputation with a large world map, published in 1790, and went on to produce outstanding maps of North America, Southern India and the Pacific Ocean. His map of Africa, shown here and dated 1802, shows how little of the continent had been explored by that date.

xxxxxAfter his death, his business became a family concern, and many more maps were produced. Among these was a first-class London Atlas, published in four volumes in 1834, and a series of maps showing accurate, updated versions of colonial exploration and development in the continents of Australia, Africa and India. 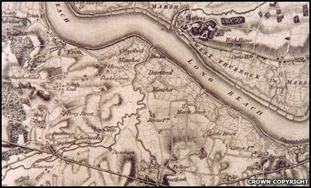 xxxxxIncidentally, it was around this time, 1791 in fact, that the British Ordnance Survey was founded and began to make maps of the British Isles for defence purposes. The first sheet, covering the county of Kent on a scale of one inch to the mile, was completed ten years later - a detail illustrated here.