xxxxxAs we have seen, as part of his massive campaign of conquest, the Mongol warrior Tamerlane invaded Persia in 1383 (R2), and spent the next twenty years carving out an empire which stretched from India to the Mediterranean. Among his victims was the once-mighty Golden Horde. In 1399 he settled an old score with Egypt and then, alarmed at the growing might of the Ottoman Turks under their able leader Bayezid, he invaded Anatolia in 1402 and gained a resounding victory at the Battle of Ankara. It was a serious setback for the Turks. They took some years to recover, and this gave the Byzantine Empire a short lease of life before the Ottomans advanced again in 1453 (H6). As for Tamerlane, he now prepared for an invasion of China, but died on the way. His empire, divided among many sons and grandsons, went into decline, but one of his descendants, Babur, was to found the Mughal Empire of India in 1526 (H8).

xxxxxAs we have seen, in 1383 (R2) the Turkoman Mongol leader Tamerlane had attacked Persia as part of a massive campaign of conquest. By the beginning of this reign (1399) he had conquered a vast area of the Middle East and southern Asia, plundering, destroying and slaughtering as he went. Among his victims had been the once-mighty Golden Horde of the Mongols, beaten at the Battle of Kur River in 1395, and soon to break up into small Khanates, ripe for the picking.

xxxxxIn 1399 he set out to settle an old score with the Mamluk sultan of Egypt, who had earlier encroached on his territory. He swept into Syria, defeated the Mamluk army, and then occupied Aleppo and Damascus, killing many, but also deporting thousands of artisans to work on his ambitious building projects in Samarkand. In 1401 he stormed and sacked Baghdad, killing some 20,000 inhabitants and reducing the city to ruins. 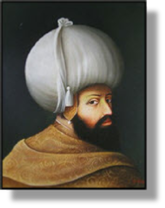 xxxxxTamerlane was now anxious to resume his conquest of India - where there was booty in plenty - but the advances of the Ottoman Turks in eastern Anatolia gave him cause for concern. The Ottomans were growing in strength and he feared an attack from the west might well follow on from his departure for the east. In 1402, therefore, he invaded Anatolia (present day Turkey) and met up with the Ottoman army near Ankara. Unfortunately for the Ottoman leader, Bayezid (illustrated), many of his Turkish fighters had deserted before the battlefield was reached, willing only to fight against the infidel. As a result, Tamerlane won a resounding victory at the Battle of Ankara (arrowed on the map) and Bayezid himself 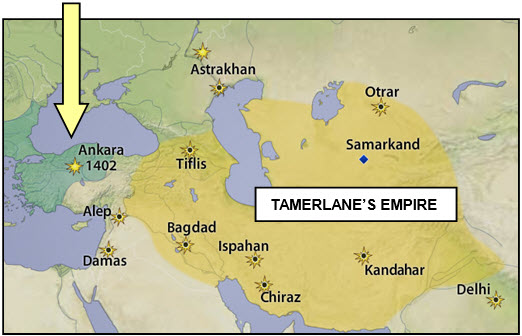 was captured and died within a year.

xxxxxThis defeat was a set-back for the Ottoman Turks. As we shall see (1453 H6), it was some years before they were able to seize Constantinople, reassert their control over Europe south of the Danube, and then resume their conquests. As a consequence, the Byzantine Empire, close to collapse before the arrival of Tamerlane and the Battle of Ankara, enjoyed twenty years of comparative peace.

xxxxxHaving received submission from both the Sultan of Egypt and the Byzantine Emperors, Tamerlane returned to Samarkand in 1404 and in December of that year set out on an expedition to China. He never reached there. He was taken ill near Shymkent (in present day Kazakhstan) and died in the February. His lands were divided among his sons and grandsons and this led to the inevitable internal feuds. His dynasty, the Timurids, ruled Transoxania and parts of Iran as late as the early sixteenth century and became noted for their patronage 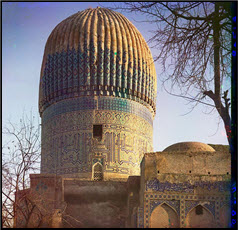 of Persian and Turkish literature. As we shall see, Babur, one of its descendants, founded the Mogul dynasty of India in 1526 (H8).

xxxxxTamerlane’s body was embalmed and conveyed to Samarkand in an ebony coffin. Here it was buried in the sumptuous tomb of Gur-e Amir, a chapel covered with a dome, its inner walls adorned with richly-coloured mosaics. This mausoleum is regarded as one of the gems of Islamic art. The coffin, which lies under a huge slab of jade, was opened in 1941 and revealed the skeleton of a big man who was lame in both right limbs

xxxxxIncidentally, the melodrama Tamburlaine the Great by the Elizabethan poet Christopher Marlowe, produced in 1587, is based on the life of Tamerlane and the legends which surround his brutal campaigns. A work inspiring both pity and awe, it was this play, in fact, which brought Marlowe recognition as a major playwright.

xxxxxThe Tunisian Ibn Khaldun (1332-1406) who, by chance, actually spent seven weeks at the court of Tamerlane, was one of the greatest Arab historians of medieval times. It was in 1375 that he began writing his Muqaddimah, the introduction to his six-volume work Kitab -al-Ibar (Universal History). The work as a whole provides a valuable history of Muslim North Africa, but the Muqaddimah is particularly remarkable for its broad coverage of world events, and its erudite appraisal of the philosophy and theory of history itself. 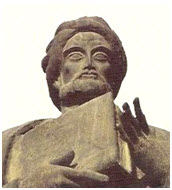 xxxxxDespite his unbelievable cruelty, we are told that Tamerlane had a love of scholarship and the arts. We certainly know that, when he discovered that the Arab historian Ibn Khaldun (1332-1406) was taking refuge in the besieged city of Damascus, he asked to see him. Khaldun was lowered over the city wall and spent seven weeks in the Mongol camp. He later reported that he was treated with respect and even managed to secure a free-passage to Egypt for himself and safe-conduct for the civilian employees left in the city. It is interesting to note, however, that Tamerlane was particularly anxious to learn about North Africa and he got Khaldun to give him a written report on the area. He doubtless saw this as a future region for expansion!

xxxxxIbn Khaldun was one of the greatest of medieval Arab historians. He was born in Tunis in 1332 and after a good education he became a court official-cum-politician, working in North Africa and Spain. He went into seclusion in 1375 and, over the next four years, wrote his impressive Muqaddimah, the opening volume of his Kitab -al-Ibar (Universal History). In 1400 he went with the Sultan of Cairo, Dimashq, to resist Tamerlane's invasion of Syria and it was then, while trapped in the siege of Damascus, that he suddenly found himself summoned as a guest of the great Tatar leader! 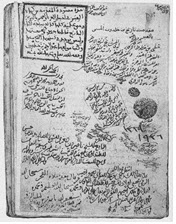 xxxxxThe six volumes of the Kitab al-Ibar provided a comprehensive and valuable history of Muslim North Africa, but it was his masterpiece, the introduction known as the Muqaddimah, by which he is best remembered. This was a remarkable social, economic and political history which dealt not only with events, but also with the philosophy and theory of history itself. In it, Khaldun studied the combination of reasons for the rise and the fall of empires and civilisations, and he selected current events, such as the Black Death, the Mongol invasions, and the expansion of European trade, as pointers to the future of human civilisation.

xxxxxAfter his stay with Tamerlane, he made his way back to Cairo - robbed of all his possessions on the way - and spent the rest of his life in retirement. He died in 1406.