xxxxxIn 1267 one of the Welsh princes, Llywelyn ap Gruffudd, having taken control of the border area between Wales and England, was recognised as Prince of Wales by Henry III (the first use of this title). However, when Edward I came to the throne he refused to pay homage to him. Edward invaded Wales in 1276 and forced Llywelyn into submission. In 1282, however, together with his brother, David ap Gruffudd, he again rose in revolt. Edward again invaded Wales, but this time he showed no mercy. Llywelyn was killed in battle, and David was captured and executed. By 1284 Edward had conquered Wales. He began a vast programme of castle building, made the country an English principality, and gave his eldest son the title of Prince of Wales. Since then most of the monarch’s eldest sons have held this title, but it ceases to exist when the Prince becomes King. Since 1911 the investiture ceremony has been held at Carnarvon Castle, birthplace of Edward II.

and The Prince of Wales

xxxxxWilliam the Conqueror was recognised as king by the Welsh princes, but in order to reduce skirmishes along the border, the early Norman kings established what came to be known as the “lords of the marches”, a number of powerful barons whose job it was to keep the Welsh in Wales. 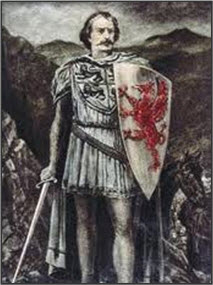 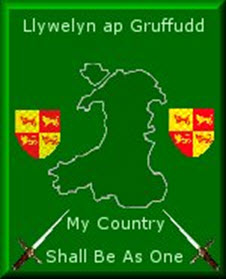 xxxxxThe Welsh princes tended to be a law unto themselves, but by 1258 Llywelyn ap Gruffudd, prince of Gwynedd (illustrated), had managed to establish his authority over the area. In 1267, such was his standing that, in return for recognising Henry III as his overlord, the English king officially recognised Llywelyn as Prince of Wales, the first person to hold that title. Now bent on driving the English out of his territory, Llywelyn took on Henry's successor. In 1273 he refused to pay homage to the new king, Edward I. It was a step too far.

xxxxxEdward, a warrior king (unlike his father), and a good one at that, invaded Wales in 1276. After blockading Llywelyn in Snowdonia and starving him into submission, the king imposed humiliating terms upon him, including an annual acknowledgement by him of his loyalty to the English crown. In addition, the Prince was obliged to surrender up a large strip of land along his eastern border, the area which had caused so much friction in the past.

xxxxxThe final chapter came in 1282 when Llewellyn, following the lead of his brother David ap Gruffudd, began a campaign for national independence. Edward again invaded Wales. This time the Prince was searched out and killed in a skirmish near Builth. His brother, having assumed the title of Prince of Wales, was captured in June the following year. Because he had earlier been befriended by the English king and then turned traitor, he was hanged, drawn and quartered. He was to be the last native Welshman to hold the title of the Prince of Wales. The hopes of Welsh independence were at an end. In 1284 Edward I completed the conquest of Wales and, under the terms of the Statute of Rhuddlan, it became an English principality. (There was a further rebellion in 1294 but this was ruthlessly put down.) 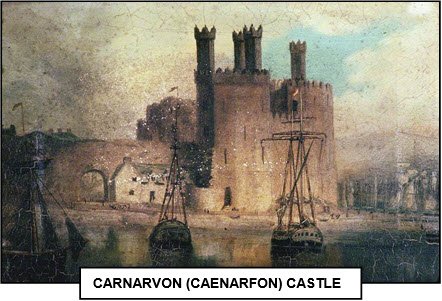 xxxxxEdward now set about securing the land he had conquered. Detailed plans were drawn up as to how the principality was to be governed, and a massive programme of castle-building was put into operation, culminating in such great fortresses as Conway, Caenarfon and Harlech. English colonists were settled in and around these massive strongholds.

xxxxxIncidentally, following his subjugation of the Welsh, Edward gave his son Edward, heir to the throne, the title of Prince of Wales in 1301. Since that time most of the eldest sons of the English monarch have been awarded this title. It is granted by the monarch, and the investiture is performed by the monarch. Since 1911 the ceremony has been held in Carnarvon Castle, the birthplace of Edward II. The title ceases to exist when the Prince of Wales becomes king. ……

xxxxx…… As we shall see, in 1400 (H4) there was a serious revolt against English rule, led by Owen Glendower. It was not finally put down until 1414.