xxxxxThe Belgian physician Andreas Vesalius, regarded as the founder of modern anatomy, published his major work, On the Structure of the Human Body, in 1543. Based on five years of observations during post-mortem dissections, it disputed many of the earlier theories on the subject, especially those of Galen, the ancient Greek physician. Brilliantly illustrated, this seven-volume treatise brought him wide recognition, and he became physician to both the Emperor Charles V and his son Philip II of Spain. 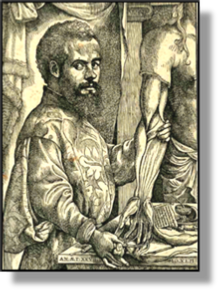 xxxxxThe Belgian physician Andreas Vesalius is regarded as the founder of modern anatomy. His remarkably well illustrated book entitled On the Structure of the Human Body, published in 1543 after five years of research, was based on his own observations during post-mortem dissections and came out strongly against many of the earlier theories on the subject, notably those of Galen, the ancient Greek physician. It laid down the foundations upon which the modern science of anatomy was to be built. 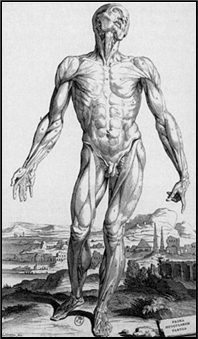 xxxxxHe was born in Brussels and studied medicine at the universities of Louvain and Paris. In 1537 he joined the staff of Padua University where, as lecturer on surgery, he started to write his book. This seven-volume work, the first comprehensive textbook on anatomy, aroused some heated dispute within the medical profession, but it was a masterpiece of observational science and brought him wide recognition. The large detailed drawings illustrated the various parts of the body - such as the position of the muscles and bones, and the working of the blood system - and also introduced a simple but effective method of naming these parts. On the strength of this pioneer work he was appointed physician to Charles V in 1543 - who later gave him a pension and made him a count - and then to his son, Philip II of Spain. In the meantime he built up a thriving medical practice in Brussels.

xxxxxIn 1564 he went on a pilgrimage to the Holy Sepulchre in Jerusalem and died during the return journey. The circumstances of his death are not clear. He may have drowned when his ship was wrecked off the island of Zacynthus, then part of the Venetian Republic, or died on the island itself after being put ashore because of sickness. 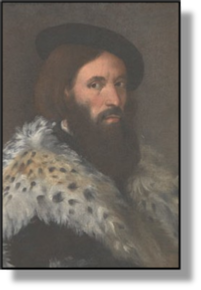 xxxxxIn 1546, three years after Versalius' masterpiece, the Italian physician and poet Gerolamo Fracastoro (c1478-1553) produced his remarkable work On Contagion in which he described how infectious diseases developed and spread. His idea that such diseases were transmitted by "seeds of contagion", each capable of reproduction, anticipated to a surprising degree the theories of modern bacteriology.

xxxxxHe also researched into different types of fever, discovering typhus in the process, and spent some time in the study of sexually transmitted diseases - particularly syphilis, then widespread throughout Europe. Indeed, it was Fracastoro who gave syphilis its name. In 1530, making use of his poetic skills, he wrote a poem about the infection in which Syphilus, a young shepherd, is named as the first man to contract the disease.

xxxxxIt was at this time that the Italian physician Gerolamo Fracastoro (c1478-1553) produced his On Contagion, a remarkable work which anticipated the theories of modern bacteriology. He also discovered typhus while studying types of fever, and described and named syphilis, then widespread in Europe.