xxxxxAs we have seen, it was in 1828 (G4) that the British explorer Charles Sturt (1795-1869) began an exploration of the river system of the south-east region of Australia, completing this valuable work in 1830. Then some years later, in 1844, he led an expedition into the interior of the continent. Leaving from Adelaide, he reached the River Darling, and then traced the river northwards for six months before setting out for the interior, confident of finding a huge interior sea. Soon, however, a severe lack of water and the intense heat began to take its toll. The party eventually made it to the area now known as “Sturt’s Stony Desert”, but in 1846, on reaching Simpson Desert, not far from the centre point, it was forced to turn back. It had discovered, to its cost, that the interior of Australia was not a sea, but a vast, inhospitable desert. Among the members of the expedition was the Scottish-born explorer John Stuart. As we shall see, in 1860 he managed to reach the middle of the continent and, two years later, to cross it from south to north. 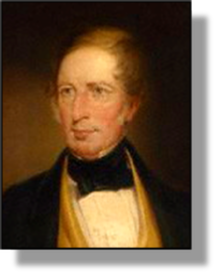 xxxxxAs we have seen, it was in 1828 (G4) that the British explorer Charles Sturt (1795-1869), a serving officer in the British Army, began two gruelling but valuable expeditions into the interior of Australia, during which he discovered the river system of the south-east region. He started on the Murrumbidgee River, and from there he discovered the Murray River and then the Darling River, flowing into the Murray from the north. He completed his expedition by charting the Murray down stream, reaching the south coast at Encounter Bay, near Adelaide, in 1830. He returned to England two years later to recuperate from these expeditions, and then began his second period of service in Australia in 1834.

xxxxxIt was during this period that Sturt made his third journey of discovery, leaving Adelaide in August 1844 with a cart, boat, seven tons of equipment, and a large number of bullocks, horses and sheep. The expedition reached the River Darling at present-day Menindee two months later, and after exploring the Barrier Range near the site of Broken Hill, traced the Darling northwards for six months. Sturt was convinced that his party would discover a huge inland sea, but faced with a severe drought and 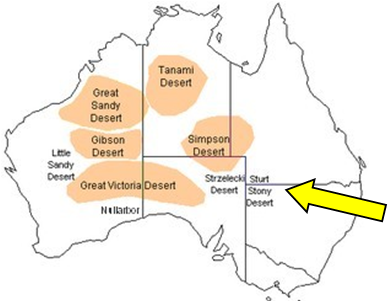 extreme heat, he was obliged to stay at a waterhole they called Rocky Glen on Preservation Creek. Here several men were taken ill with scurvy, and one died, but eventually a heavy period of rain enabled them to move on towards the centre of the continent.

xxxxxThey never made it. After a journey of dreadful hardship they managed to reach a desert area now known as “Sturt’s Stony Desert”, but by then many of the men were seriously sick and the expedition was fast running out of water. They struggled on to “Simpson Desert”, close to the centre point, but in 1846 were forced to turn back. The heart of Australia was not a huge inland sea, they had discovered to their cost, but a vast, inhospitable desert, - as the Aboriginals had known for thousands of years. The return journey was as arduous as the one going out. Desperately short of water they could not afford to delay, and were obliged to push on as fast as possible, reaching the Darling River after a journey of over 600 miles. When they arrived at Adelaide, where they had been given up as dead, they received a hero’s welcome, and Sturt was presented with a gold medal.

xxxxxIn 1845 Sturt served as colonial treasurer in Australia, and then as colonial secretary from 1849 to 1851. In the meantime he returned to England, where he wrote and published his Narrative of an Expedition into Central Australia. He eventually retired to England in 1853. Known as the father of Australian exploration, he is remembered today as the first explorer to venture into the centre of that vast continent.

xxxxxIncidentally, The University at Wagga Wagga, founded in 1989, was named after him. Likewise, in 1860 the flat topped mountain close to the centre point of Australia was given his name by the explorer John McDouall Stuart, but later become known as Central Mountain Stuart, probably because of the similarity of the two names. ……

xxxxx…… Sturt discovered the Swainsona formosa (formerly known as Clianthus formosus) when collecting specimens near the present site of Broken Hill. Its common name, therefore, is Sturt’s Desert Pea. In the journal of his expedition into central Australia he wrote: "We saw that beautiful flower in splendid blossom on the plains. It was growing amid barrenness and decay, but its long runners were covered with flowers that gave a crimson tint to the ground". Remarkable for its bulging black eyes, this flower is now the emblem of South Australia and of the district of New South Wales around Broken Hill. Swainsonaxformosa was named after Isaac Swainson (1746-1812), an Englishman who kept a botanical garden at Twickenham, near London, from around the year 1789, to produce herbal remedies for a variety of complaints. ……

xxxxx…… Accompanying Sturt on this near-fatal expedition was the Scottish-born explorer John McDouall Stuart. Later, as we shall see, he reached to the middle of the continent in 1860 and, two years later, went on to make the first crossing of the continent from south to north. ……

xxxxx…… The Simpson Desert (shown in the map above) was named after Alfred Allen Simpson by the Australian explorer Cecil Madigan, who crossed this area in the 1930s. Simpson was president of the Royal Geographical Society of South Australia at that time. 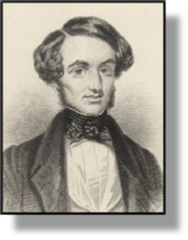 xxxxxItxwas in the 1840s that the English explorer and colonial administrator Edward John Eyre (1815-1901) explored the desert area north of Adelaide. He discovered the lake which today bears his name, and then in 1840 and 1841, accompanied by his friend John Baxter, he set out westward to cross the Nullarbor Plain and reach Western Australia, a distance of some 1,300 miles. (Nullarbor means an area devoid of trees). He only just made it. The thorny scrubland gave no cover against th

e intense heat, they soon began to run out of water, and they were plagued by dust storms and flies. Then, half way through their journey, two of the three Aboriginals in the party stole a rifle, shot Baxter dead and made off with most of the food supplies. Eyre struggled on with Wylie, the remaining Aboriginal, and, near to death, eventually reached Albany.

xxxxxDuring his time in Australia Eyre served as a magistrate, and did much to protect the language and culture of the Aboriginals. He later became governor of Jamaica, and gained some notoriety for his ruthless suppression of a black rising in 1865. Among others, his actions were defended by Thomas Carlyle, John Ruskin and Alfred Tennyson, and criticised by John Stuart Mill and Herbert Spencer. He made Jamaica a crown colony in 1866, but was relieved of his post later that year. 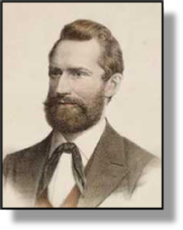 xxxxxIn the same decade the German explorer and naturalist Ludwig Leichhardt, born in Prussia in 1813, led nine men in an expedition from Darling Downs in southeast Queensland to Port Essington in the extreme north. It succeeded in December 1845, despite extreme hardship, but two members turned back before completing the journey and one was killed by Aboriginals. Large tracts of new land and many important rivers were discovered in what came to be known as Queensland and the Northern Territory. 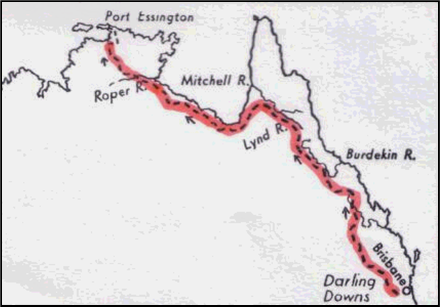 xxxxxIn a second expedition, he set out with seven men from Darling Downs in March 1848, aiming to journey to the west coast and then travel south to the Swan River settlement. It is known that they reached Roma in southern Queensland, but after that they were never heard of again. Search parties were sent out over many years but none was successful. Eventually in 1900 an Aboriginal stockman found a small brass plate bearing the explorer’s name near Sturt Creek close to the border between Western Australia and the Northern Territory. 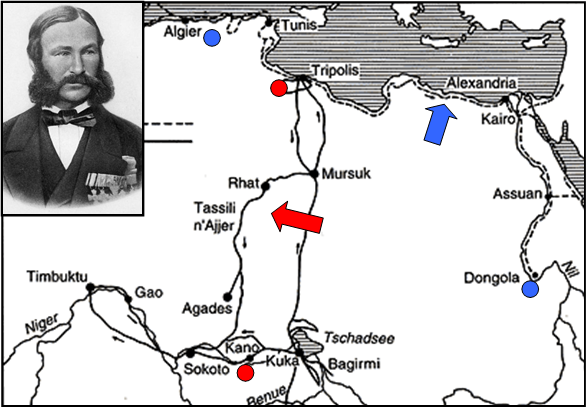 xxxxxAnd it was at this time that the German scholar Heinrich Barth (1821-1865) spent ten years (1845-1855) exploring a vast area within the African continent. In the late 1840s he travelled across virtually the whole of North Africa, starting at Algiers, and then ascending the Nile to Dongola in Southern Sudan (route arrowed in blue). Then in the early 1850s he joined a well equipped and organised expedition across the Sahara in order to explore West Africa, returning in 1855 via Timbuktu (route arrowed in red). It was a journey of some 12,000 miles during which the party was often attacked by marauders, and two of his European companions died of fever. On one occasion, attempting to climb a mountain alone, he nearly died of thirst, but saved himself by cutting open a vein and drinking his own blood!

xxxxxBorn in Hamburg, Barth studied at Berlin University - where one of his tutors was Alexander von Humboldt - and learnt Arabic in London before embarking on his travels. Unlike many explorers of his day, his only aim was to obtain a detailed understanding of the history, culture and way of life of different African peoples. This he achieved and recorded in his remarkable work Travels and Discoveries in North and Central Africa. Published in five volumes - some 3,500 pages in all - it provided a wealth of information on the languages, customs, political institutions and cultural differences of a wide variety of ethnic groups.