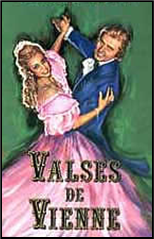 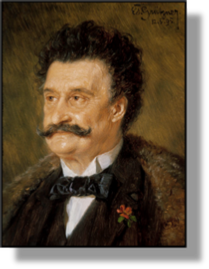 xxxxxThe Austrian conductor and composer Johann Strauss was the most successful exponent of light music in the 19th century. Over a musical career spanning 55 years he produced over 500 compositions, including polkas, quadrilles and marches, but he is remembered today as “the Waltz King”. Works such as his Blue Danube of 1867, Tales from the Vienna Woods a year later, and Voices of Spring, composed in 1881, are known and loved the world over. Nor was his work confined to dance music. From 1870 onwards he produced 16 operettas for Viennese Theatres, the best known today being his highly successful Die Fledermaus (The Bat) of 1874, and The Gypsy Baron of 1885.

xxxxxJohann Strauss was born into a musical family in Vienna. His father, Johann Strauss the Elder, was a successful composer who specialised in producing waltz music and formed his own orchestra the year his son was born. The young Strauss followed in his father’s footsteps, but not with his father’s approval. Strauss senior wanted his son to make a career in banking and found him a job as a bank clerk. However, with the encouragement of his mother and without his father’s knowledge, he learnt to play the violin and when, in 1842, his parents separated and his father left home, he attended a private music school to study composition and then formed his own orchestra. 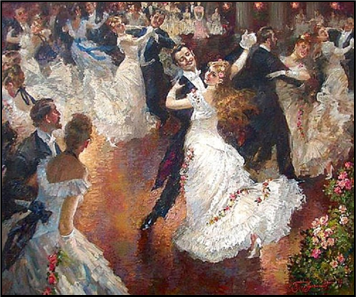 xxxxxIn October 1844 he made his debut as a composer and conductor at the Dommayers Casino in Vienna (where his father often played) and the concert was an immediate success. Over the next five years there was a deal of rivalry between father and son, but the young Strauss soon eclipsed his father in popularity and won over larger audiences. It was Strauss the Elder, it must be said, who had gradually developed the waltz from a rustic peasant dance, but it was his son who brought the dance to perfection as a musical form, increasing the number of instruments in play and transforming a simple dance tune into a rich orchestral piece.

xxxxxWith the death of his father in 1849, he combined his father’s orchestra with his own and, under his direction, this enlarged orchestra performed to rapturous applause in concert halls as well as dance halls throughout Vienna. And his fame soon spread. From the early 1850s he embarked upon a programme of tours which took him to the major countries of Western Europe, Russia and the United States. His captivating, tuneful melodies, conjuring up, as they did, a carefree, sunny day in the beautiful city of his birth, enchanted audiences across the musical world. He played before the Tsar of Russia, and gave a series of 63 concerts at Covent Garden Opera House, London, in 1867. During his visit to America in the 1870s he conducted concerts in New York and Boston, and was the lead conductor in a “Monster Concert” in which 1,000 performers played his works in front of a audience of some 70,000! Both he and his concerts were greeted with enormous enthusiasm wherever he went.

xxxxxIn 1870 Strauss passed the leadership of his orchestra over to his brothers Josef and Eduard, both able musicians in their own right, and turned to writing for the stage. His music was as tuneful and attractive as ever, but he was never fully versed in the techniques of the theatre and this showed. Nonetheless he produced sixteen operettas and one, above all - Die Fledermaus (The Bat) of 1874 - has stood the test of time. In this field, however, he had some stiff competition - notably in the light operatic works of the German composer Jacques Offenbach, then working in Paris -, and the opening years of the 20th century saw the arrival of the acknowledged master of the operetta, the Hungarian composer Franz Lehar.

xxxxxStrauss, a good looking man who had an eye for the ladies, had three wives. His first one, the singer Jetty Treffiz died in 1878; his second marriage, to the actress Angelica Dittrich, ended in a divorce, and he married his third wife, Adele, in 1887 after four years of living together. She did much to encourage his work in his later years. He had quite a serious breakdown due to over work in the 1850s, but he made a good recovery. He died of pneumonia in Vienna, aged 73, and was buried in the central cemetery there.

xxxxxHe numbered among his close friends the German composer Johannes Brahms, and he was admired by two other German composers. Richard Wagner particularly liked the waltz Wine, Women and Song, and Richard Strauss (no relation) referred to him as “the laughing genius of Vienna”. 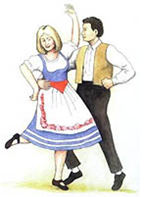 xxxxxHis other works included the waltzes Artists’ Life, Roses from the South, Vienna Blood and The Emperor’s Waltz (a tribute to the Austrian Emperor Franz Josef I), and the highly successful polkas Thunder and Lightning and Tritsch-Tratsch, a dance form that he much improved. Among his sixteen operettas were The Roman Carnival and A Night in Venice, and he composed one opera, Ritter Pasman.

xxxxxIncidentally, The Blue Danube, his most successful composition and one of the best known tunes in the world, was composed while living at Praterstrasse 54 in Vienna. The house is now a museum dedicated to his life and work. 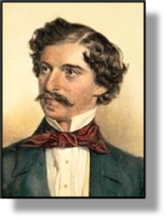 xxxxxJohann Strauss the Elder (1804-1849) was born in Vienna. He trained as a violinist and joined the ensemble of Josef Lanner (1801-1843), a composer of dance tunes, in 1823. Together they created what came to be known as the Viennese Waltz, noted for its vitality and pleasant melodies. He formed his own orchestra in 1825 - the year his first son Johann was born - and quickly gained favour in the city’s dance halls. Tours of Europe widened his fame, and the waltz became a popular dance across the continent. He played before the King of Prussia, visited Paris, and was in London for Queen Victoria’s coronation in 1838. He composed over 150 waltzes, but he is best known today for his Radetzky March of 1848, composed in honour of the Austrian general who that year had won the Battle of Custozza during the Italian uprising in the Year of Revolutions.

xxxxxHis two other sons, Josef (1827-70) and Eduard (1835-1916) also became conductors. Both composed a number of dance pieces, including waltzes, but neither possessed the talent shown by their elder brother.

xxxxxIncidentally, anotherxAustrian composer at the time of Johann Strauss the Elder was Franz von Suppé (1819-1895), a man noted for his carefree, lively music. Though only a few of his works have remained popular - notably the overture to his Poet and Peasant of 1846 - he wrote some thirty light operas, and is seen as one of the creators of the Viennese operetta. Also worthy of note are his Light Cavalry Overture of 1866, and his opera Boccaccio, composed in 1879. …… 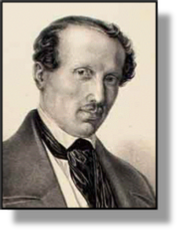 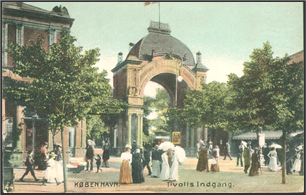 xxxxx…… And a composer who earned the title “The Strauss of the North” was Hans Christian Lumbye (1810-1874). Born in Denmark, he began his musical career as a trumpeter in a military band, aged 14, but in 1839 he heard a Viennese orchestra play music by Johann Strauss the Elder and, as a result, he turned to composing waltzes, along with polkas, mazurkas and galops. Having organised his own orchestra, he played in the Tivoli Gardens in Copenhagen (illustrated) from 1843 and served as musical director of the Tivoli from that year until 1872. His light compositions included the Champagne Galop and the Copenhagen Steam Railway Galop, both with realistic sound effects.

xxxxxThe Austrian conductor and composer Johann Strauss produced over 500 works, including polkas and marches, but he is remembered today for his many waltzes, set against the beauty of Vienna, the city of his birth. Nicknamed “the Waltz King”, he is known above all for his Blue Danube, composed in 1867, his Tales of the Vienna Woods, and his operetta Die Fledermaus (The Bat), produced in 1874. He made his debut as a conductor and composer of dance tunes in 1844, and his captivating, tuneful melodies soon attracted large audiences. During tours in Western Europe and visits to Russia and the United States, he gained international fame. His father, Johann Strauss the Elder, was himself a talented composer. He helped to develop the waltz from a rustic peasant dance, but it was Johann the Younger who brought this musical form to perfection. In 1888 he wrote The Emperor Waltz as a tribute to the Austrian Emperor Franz-Joseph I.