Dick Turpin, the notorious English highwayman, is convicted of horse stealing in 1739 and hanged. Heroic tales about him - notably his famous ride from London to York - are folk legend. His famous haunt was The Woolpack Inn at Conington on the Great North Road.

Today the fountain is a popular tourist attraction where people throw coins into the water in the hope of making their wishes come true!

ThexTsar Kolokol, the world's largest bell, is cast in Moscow in 1733.

Completed in 1735, it fell when its tower was destroyed by fire and

it took 600 soldiers to lift it out of the ground! Has stood on a platform

The first cuckoo clocks are made in Germany around 1738.

The British Royal Military Academy is opened at Woolwich,

Thexcard game whist (or whisk) becomes extremely popular in England, and then in Europe and America following the publication of Edmond Hoyle's Short Treatise on Whist, published in 1742.

Jack Broughton, the third heavyweight boxer of England, produces the first set of boxing rules in 1743 (superseded by those of the Pugilistic Society in 1838) and introduces the use of “mufflers”, the forerunners of the modern boxing glove.

The Daily Advertiser is published in

London in 1730. Because of its dependence on advertising, this may be regarded as the first modern newspaper.

The famous Russian Imperial Ballet School is founded in St. Petersburg in 1738. It started with 24 students, 12 girls and 12 boys. Today graduates include some of the most famous dancers and choreographers in the history of ballet.

In 1747 The discovery of sugar beet by the German chemist Andreas Marggraf leads to the setting up of a flourishing beet industry in Europe.

ThexJockey Club is founded at Newmarket in Suffolk in 1750 to regulate racing. It becomes the authority in control of horse racing and horse breeding in Great Britain.

Inx1749 The English writer John Cleland, in order to pay off his debts, publishes his Memoirs of a Woman of Pleasure, known generally as Fanny Hill. The story goes that it was considered so indecent that he was awarded a government pension of £100 so that he had no need to write any more fiction of that nature!

The idea of silver plating is discovered by the Englishman Thomas Boulsover in 1742.

This proved cheaper and stronger than the pure metal. The following year, the French chemist Jean Malouin invents a galvanising process which protects iron against rust.

The words of God Save the King appear in the Gentleman's Magazine in 1745, and the tune in an anthology entitled Thesaurus Musicus. The likely author was Henry Carey who wrote hundreds of popular tunes prior to this date, many of them lost. When first sung the anthem began with the words “God save Great George our King”, but with the coming of William IV difficulties arose! The words were eventually changed to

“God save our gracious King (or Queen)”.

Axmaiden speech by the English Member of Parliament William Hamilton in 1745 lasts for fifteen hours - from 2 pm on the 13th November to 5 o'clock the following morning. Because of this marathon effort he was nicknamed "Single-speech Hamilton" though, in fact, he took part in a number of debates.

Cotopaxi in today's Ecuador, the world's most active volcano, erupts yet again in 1744. 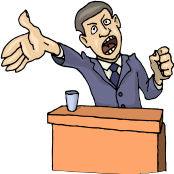 ThexHambledon Cricket club is founded in 1750, with its ground at Broad Halfpenny Down, Hampshire. This is regarded as the home of cricket until the founding of the Marylebone Cricket Club in 1787. Cricket comes to be regarded as "a very manly game".

Étienne de Silhouette, the French minister of finance, is forced to resign over his land tax. Following his fall in 1759 he is known to have decorated some of the walls in his chateau with shadow portraits, and so his name came to be used to describe this kind of picture - probably as a jibe at his penny pinching when he was in office.

The English engineer John Smeaton completes the construction of the third Eddystone Lighthouse in 1759. It was the first to be made of stone and to have a curved profile. It was replaced in 1882.

In 1756 the world's "greatest lover", the Italian Giacomo Casanova escapes from a prison in Venice - put there by the Inquisition on account of his sexual exploits - and is free to continue his amorous pursuits. His life of tireless travel, intrigue and seduction is well told (and doubtless exaggerated) in his Memoires, published long after his death in 1798.

The British Museum, based on the art collection and library of Sir Hans Sloane, is opened to the public in 1759, housed in Montague House, London. The present building was completed on this site in 1852. 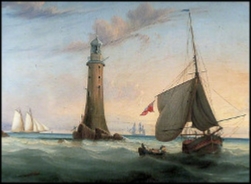